An organization that aims to end systemic inequities and oppression recently made a move that will expand its physical presence and its impact on the community.

For Oak Cliff recently acquired the old Moorland YMCA on East Ledbetter Drive. The historic landmark was once a haven for Black people in Dallas and well-known names during part of the Jim Crow Era and Civil Rights Movement. Now it belongs to a new generation of world-changers.

A blank canvas means endless possibilities. With a vision, you hold the keys and power to make almost anything come to life. The old Moorland YMCA is the canvas, and Taylor Toynes, co-founder of For Oak Cliff, has the vision. With keys in hand, Toynes held a representation of what was, and what is to come; and he stands at the intersection of both. He jokingly calls the keys the “infinity stones.” It’s a new day on East Ledbetter. A time to breathe new life into the old Moorland YMCA building. 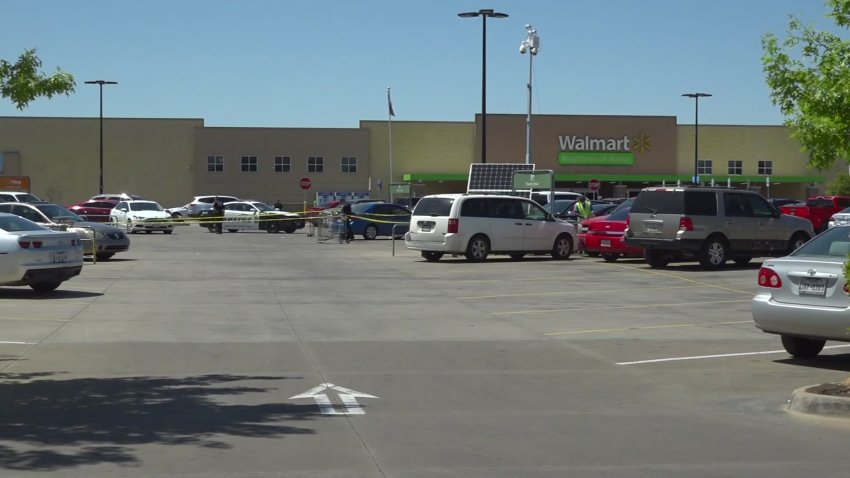 “This is something to process, you know," said Toynes. “Five times more space than where we came from.”

The acquisition of the facility is an ambitious move accompanied by big goals. The organization is currently housed at South Marsalis Avenue in Dallas. The Moorland YMCA is 80 times the size of that location.

The history of the Moorland YMCA runs deep. It was names for Dr. Reverend Jesse Edward Moorland of the Colored Men’s Department of the YMCA in Washington, D.C. The original facility at 2700 Flora Street served as a hub in the Black community – meeting social, economic and physical needs. When segregation prevented Black people from staying in certain hotels, celebrities like Muhammad Ali and Justice Thurgood Marshall found refuge there.

Fast-forward to the East Ledbetter location in Oak Cliff, and the Moorland YMCA continued as a pillar in the community. KXAS archive footage from 1982 put a spotlight on this location for providing an afterschool haven for children. At some point in history, even Toynes was one of those kids.

“This space, this land that we’re standing on was made for African American people,” said Toynes. “It’s just a true asset to our community and a phenomenal responsibility for us as an organization.”

Now that it belongs to For Oak Cliff, the specifics of the vision are still coming into focus. But the purpose is always clear – to lift Oak Cliff from systemic oppression through a culture of education while increasing social mobility and social capital. Its four pillars education, advocacy, the arts and community building.

“I think about all the essential life skills that are going to be taught in this space,” said Toynes. “Your legacy is the things that you do for other people that are going to go off and do great things as well. So, you can’t really measure that impact. And that’s what true legacy is.”

Soon this building will be full of life and the work will evolve with the times and the needs of those who need their resources.

“Lives will change. And our work will change,” he said. “It won’t be the same as it was the previous seven years.”

Still, the work has always been and will always be for the people of Oak Cliff.

“This is space is a vehicle to help continue to move that mission forward,” Toynes said. “It’s more than a vehicle. This is our spaceship."

For Oak Cliff released the following statement regarding the acquisition and future goals:

“We have a collective impact model, so we partner with many organizations to achieve our mission. We hope to bring in additional partners to join us in our new building and embed programs and make an impact here in the Superblock.

The biggest goal will be to launch our 3-year capital campaign. We have already put $400,000 in escrow of the $2.1 million needed to fully pay for the building. We’re launching a capital campaign and we will need support from everyone to get the building paid for. Overall, our goal is to raise $10 million which covers the total cost of the building plus annual operating costs for our programs like our GED, LENA, food pantry, bill assistance, and more.

In conclusion, the next few months will be focused on building awareness about our community, illuminating the history of such a remarkable institution like Moorland, and overall enlisting more support and resources for Oak Cliff. Given the rich Black history of this building, it feels like evidence of the divine that we as a Black-led organization are inheriting it now-and we are thankful to be stewards of this responsibility.”