People with underlying health conditions were asked to avoid the area

A massive daylong fire at a Grand Prairie plastics factory that sent a dense column of toxic black smoke over North Texas before fire crews could tame it has been contained but continues to smolder Thursday.

Crews will remain at the scene Thursday to monitor, clean up and extinguish any leftover hotspots. Conditions are improving, Grand Prairie fire officials said, though air quality remains a concern.

There were no reports of injuries from the midnight Tuesday blaze at the Poly-America complex. No evacuations were ordered, but people with underlying health conditions are being asked to avoid the area.

"Conditions continue to improve, although today is a RED ozone action day and the air quality is unhealthy due to ozone  - everyone should reduce exposure to outdoor air, especially those with respiratory ailments," Grand Prairie fire spokeswoman Claudia Garibay said in a statement Thursday. 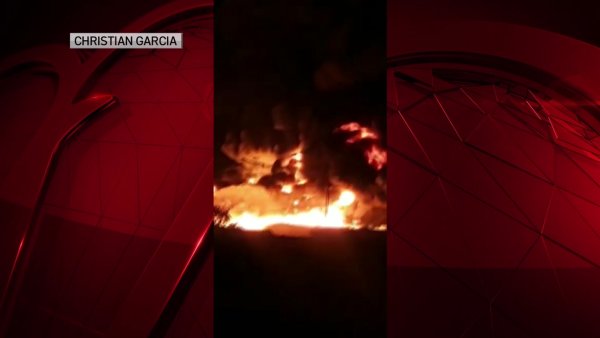 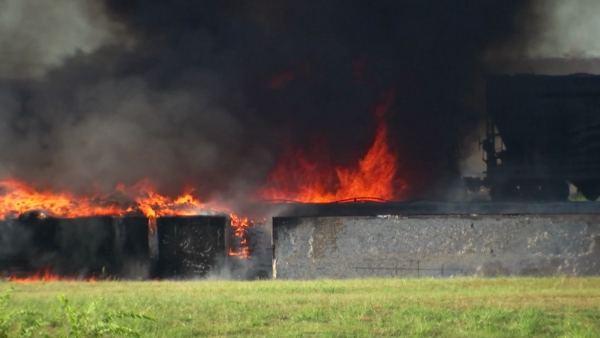 Fire officials had initially thought the fire would burn into Thursday. By 4 p.m. Wednesday, though, city officials posted a statement that the flames had been contained and that the fire was expected to be extinguished Wednesday night. 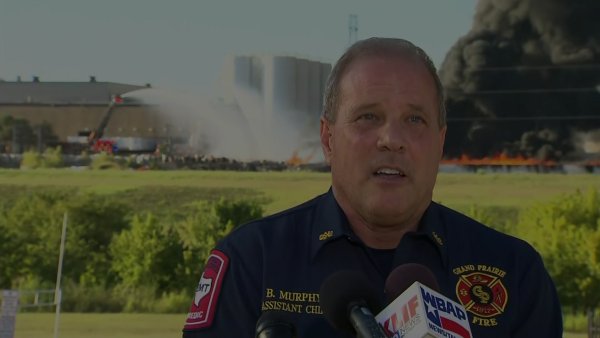 Fire Will Burn for Several Days, Nearby Residents Urged to Avoid Breathing Fumes 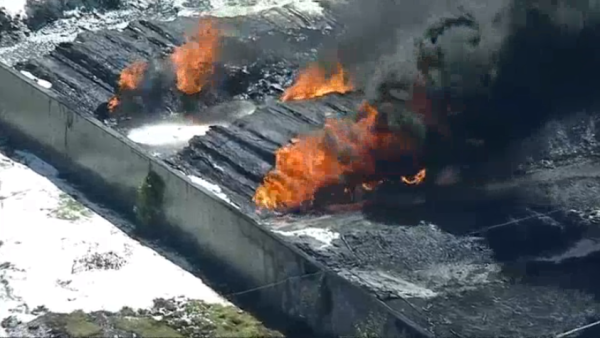 Firefighters believe the blaze started when a power line fell about midnight Tuesday near an area where plastic rolls were being stored, causing them to catch fire, Murphy said. “These are rolls of plastic sheeting, huge rolls, and they’re stacked sometimes eight feet high. Plastic is hard to put out and it’s just gonna burn,” he said.

Poly-America is headquartered in Grand Prairie and specializes in products made from polyethylene, such as trash bags, drop cloths and plastic sheeting, according to the company’s website. 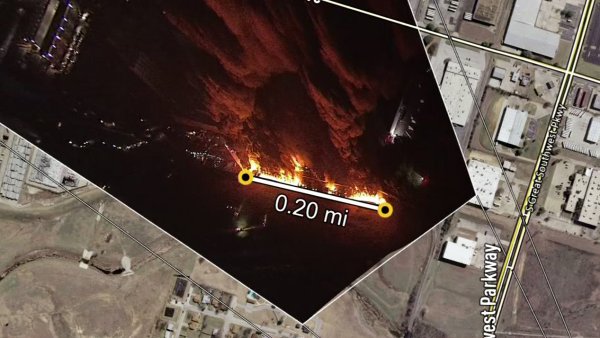 Murphy said the fire Wednesday was similar to one he fought at the facility more than three decades ago.

"It was about 32 years ago, same exact scenario. I don't remember what started it that night. We had bad storms as well, same as this one. It's going to burn for a couple of days," Murphy said. "Even though the flames are lower, once it burns down to where it's manageable we have to get in there with front-end loaders and once we break up the debris all that plastic underneath is burning. We're going to have to clean out the entire section and wet it down with foam. You can see how large of an area it is, we're talking maybe 300 yards worth. It's going to be at least a two-day operation out here before it's completely extinguished." 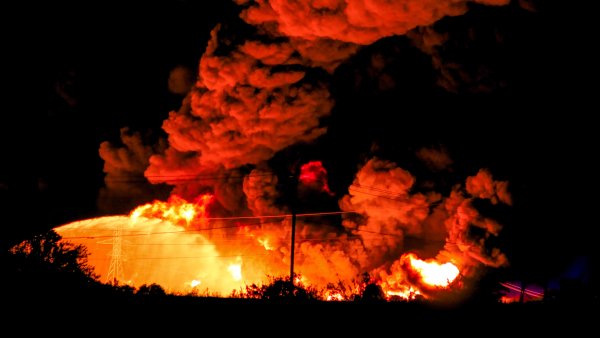 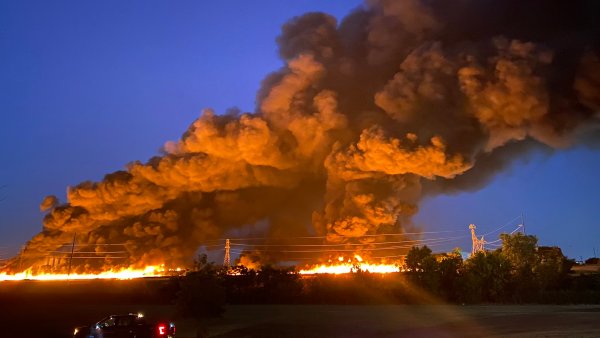