Attorneys representing the family of Botham Jean said Friday they planned to expand their civil lawsuit to include the apartment complex where Jean was shot and killed.

Former Dallas police officer Amber Guyger fatally shot Jean in September 2018, when she entered his apartment, saying she mistook it for her own.

Attorney Lee Merritt told said he believed the South Side Flats is partially responsible for the circumstances that led up to the fatal shooting.

"Both in how confusing the floors were and the state of the door Ms. Guyger had access to," Merritt said.

Coverage of the 2018 killing of Botham Jean at the South Side Flats by Dallas police officer Amber Guyger who was found guilty of murder in 2019. 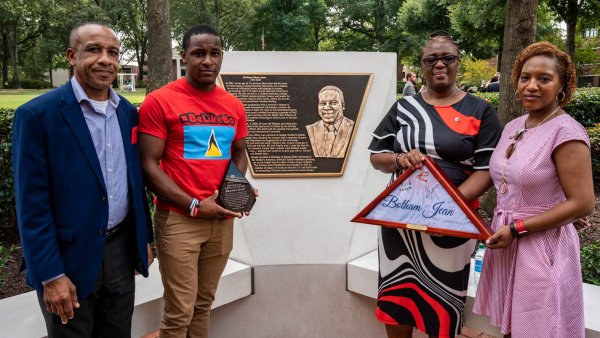 The inclusion of South Side Flats comes one day after Guyger responded to the lawsuit filed against her, largely denying allegations that would make her financially liable for Jean's death.

Late last month, a federal district judge ruled that the city of Dallas could not be held liable for Jean’s death, a ruling that Merritt said he planned to appeal.

“We are pretty confident about the state of the law that says the city of Dallas is responsible,” Merritt said.

Other Dallas civil attorneys familiar with the case said they weren't surprised the Jean family was running into legal road blocks.

“In my view, the two things that make it the most problematic to hold the city accountable is that fact she was off duty and causally connecting any argument that a failure by the city to train her with her decision that evening to shoot Mr. Jean,” attorney Quintin Brogdon said.

Brogdon also said he believed it would be difficult to find the South Side Flats liable based on Texas law and the facts of the case.

“It has gotten more difficult in recent years because of some very tough decisions by the Texas Supreme Court,” Brogdon said.