Prosecutors and Mathews' defense attorney heard from Dallas County District Court Judge Amber Givens-Davis regarding what will and will not be allowed to be presented to jurors.

Mathews appeared in court again on Tuesday, shackled at the waist and feet, but he will not be shackled during his trial. 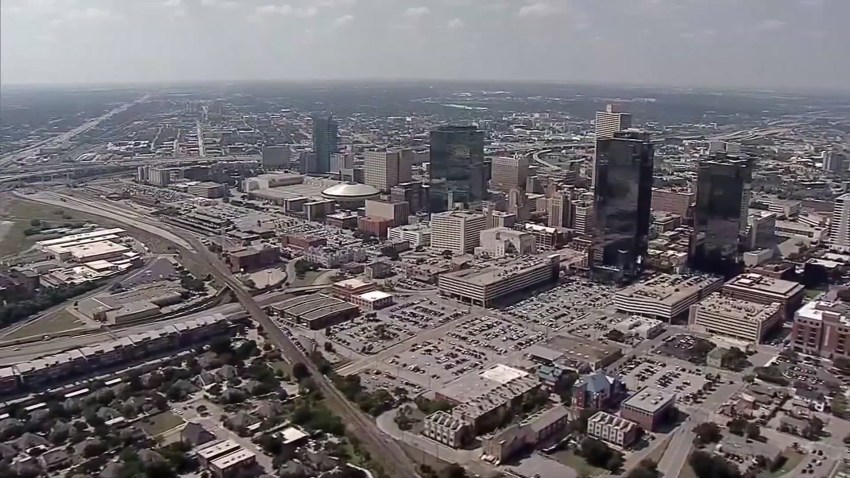 The state will be able to present evidence to jurors of injuries Sherin Mathews sustained in the months leading up to her death in October 2017.

Dallas County Assistant District Attorney Jason Fine said Sherin suffered five broken bones in a five month period, most of which were not immediately tended to and were not discovered until days or weeks later by doctors.

The girl's body was found in a culvert near the family’s Richardson home a little over two weeks later.

Wesley Mathews is charged with capital murder in Sherin's death.

The state said on Feb. 1, 2017 Wesley Mathews acting alone, or with his wife, "caused injury to Sherin Mathews resulting in fractures to the bilateral humerus, femur and tibia."

The Mathews, the state contends, did not disclose the injuries for at least one week. Furthermore, the history provided to doctors was not consistent with how the injuries happened, the state said.

Prosecutors will also be allowed to tell jurors that on Feb. 24, 2017, Wesley Mathews failed to keep a scheduled appointment with the Failure to Thrive Clinic at Children's Hospital for Sherin.

Both parents, the state contends, failed to provide adequate nutrition to Sherin from September 2016 until the time of her death in October 2017.

The state will also be able to tell jurors that Mathews "provided false and misleading information to the Richardson Police Department."

Mathews initially told police he instructed Sherin to stand by a tree behind the family's home as punishment for not drinking her milk, and that 15 minutes later he returned and she had vanished.

Mathews has "never mentioned Sherin Mathews in any letters that he has written while incarcerated," the state said.

A file named "Sherin log" was deleted off of the Mathews' computer on Oct. 9, 2017, two days after Wesley Mathews reported Sherin missing.

All internet history between Oct. 6 and Oct. 7, 2017, was deleted off of the Mathews computer, the state contends.

Approximately 19 physical therapy appointments were cancelled by the Mathews, related to therapy for Sherin, between September 2016 and May 2017, the state said.

Judge Givens-Davis ruled against two issues being brought to jurors in the punishment phase of the upcoming trial. The first, that Wesley and Sini Mathews terminated their parental rights of their biological daughter following Sherin's death. While the second is that the girl was adopted by Sini's family in the Houston area.

Jurors will also not hear that approximately eight speech therapy appointments were cancelled by the Mathews between February and August of 2017.

Wesley Mathews' defense attorneys successfully argued that it was Sini Mathews who took the toddler to therapy while Wesley was working.

A charge of child abandonment against Sini Mathews was dropped and she was released from jail.

If convicted, he faces life in prison.