Now, more than ever, people are recognizing the scope and severity of human trafficking and the sex trade right in our own communities. But one Fort Worth nonprofit found that it's not enough to help victims out of that trap, they need help to get started on a new path.

With a clear task ahead of them and coworkers sitting side-by-side, the women busy at work in The Worthy Co workshop on East Lancaster are right at home. 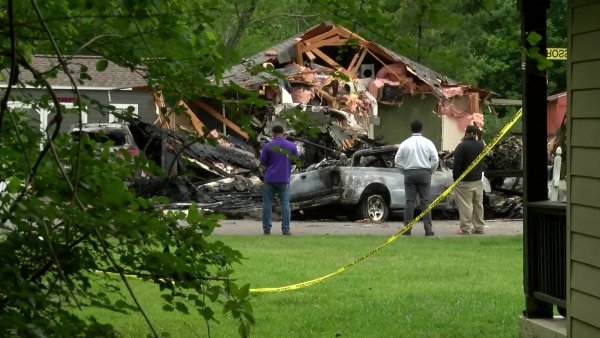 Grant is the candle queen.

"Well I can't tell you the recipe," she said with a laugh.

Every batch she whips up takes her further away from a past life.

"At an early age I was molested," Grant said. "So to me, it was the only thing I knew."

By 13, she was doing drugs and, soon after, selling her body to feed her addiction. It took decades to make it out.

"Just basically finding myself and wanting to make a change," Grant said.

"I don't even have money for lunch," Smith remembered thinking. "I feel like somewhere along the line you were forced into doing it, if you don't even realize it."

The social enterprise The Worthy Co is a pathway out, helping sex trade survivors earn an honest wage and rebuild a resume.

"It teaches me the ability that I can go out and work," Grant said. "This is the longest I've ever held a job."

The candles, jewelry and clothing the women make are sold to support the mission of the larger organization, The NET, offering social services and rehabilitation for survivors.

To The NET founder, Melissa Ice, the cause quickly became the inspiration.

"What I see in the women is strength and they are fierce mamas, they love their children, they love their grandchildren," Ice said. "They want their life back, they don't think that they're done yet."

And they now know that they're worthy of this second chance.

"We can all help each other because it's not easy to do it by yourself," Smith said.

The Net has helped more than 600 Fort Worth women out of the sex trade since 2012. They also offer extensive services for the city's homeless.