‘He Saved Her, Saved My Daughter;' Dad in ICU After Rescuing Daughter in Storm

Brittaney Deaton was sleeping in the family RV in front of her parent’s home in Egan when she was startled awake on Monday night.

“I got a call from my mom to come inside the house. And then I tried to open the door,” the 17-year old recalled in an interview with NBC 5 Tuesday morning.

But she couldn’t get out of the trailer.

Most of the power poles along Courtney Lane in Egan have been replaced. There is still a lot of cleanup to go but a family is thankful they survived after the way too close brush with the most dangerous part of the storm.

Brittaney Deaton was sleeping in the family RV in front of her parent’s home in Egan when she was startled awake on Monday night.

The stairs leading up to the RV’s door were blocking her from getting out. Her father, Shawn Zeleny, ran to her rescue and ripped the stairs away that were preventing her from escaping, she said.

As they ran toward the house, the trailer was rolling across the property in the storm’s powerful winds.

“I got hit by something and fell over and it scratched me all up. My dad got hit by the trailer and is now in the hospital,” Deaton said.

“If it had been any later, we would’ve been in bed and wouldn’t have known,” she said. “So I consider my husband a hero. Because he saved her, saved my daughter. And made sure she was going to graduate high school.”

The family’s animals – including dogs, roosters and horses – were running everywhere as chaos unfolded in front of the home, Amber said.

Shawn Zeleny had multiple broken bones, including broken ribs and hips, as well as a sliced ear. The family said he’s in the ICU and is expected to make a long recovery after surgeries but will ultimately be OK.

“Within seconds this hit and it hit hard and hit fast. It was terrifying,” said Amber Zeleny. “I cannot lose anyone else in my family. I just lost my mother in January. I can’t. This is not happening.”

While so many belongings were damaged or destroyed in the trailer, the shadowbox containing mementos from her mother’s funeral was untouched. Amber said she believes that is a sign of the miracle no one was killed.

“The miracle is, I believe my mother was truly looking after us. I truly do,” she said.

Shawn works as an electrician to support the household. His family said it could be months before he can walk.

That’s why friends and relatives have started a GoFundMe page to assist the family with expenses as they clean up their property and repair the damages.

“I’m still in shock that everything happened. I was outside when the tornado was here. It’s terrifying,” she said. “I could’ve been outside with nobody to help me.”

Elsewhere in Johnson County, there were downed trees, broken powerlines, and rooftops from mobile homes peeled off and thrown.

Debris from a shed that tore apart was hurled across a field and into Jeff Wilson’s home.

Wilson has been living at his home near Alvarado for over 20 years and hasn’t seen a storm quite like the one on Monday night.

“This is the first one that actually hit our place,” he said. “I heard high winds and the hail. Then I heard the metal. I ducked inside the house.”

“It’s only money,” he said. “No injuries. We all came through it. Nerves are frayed, of course.” 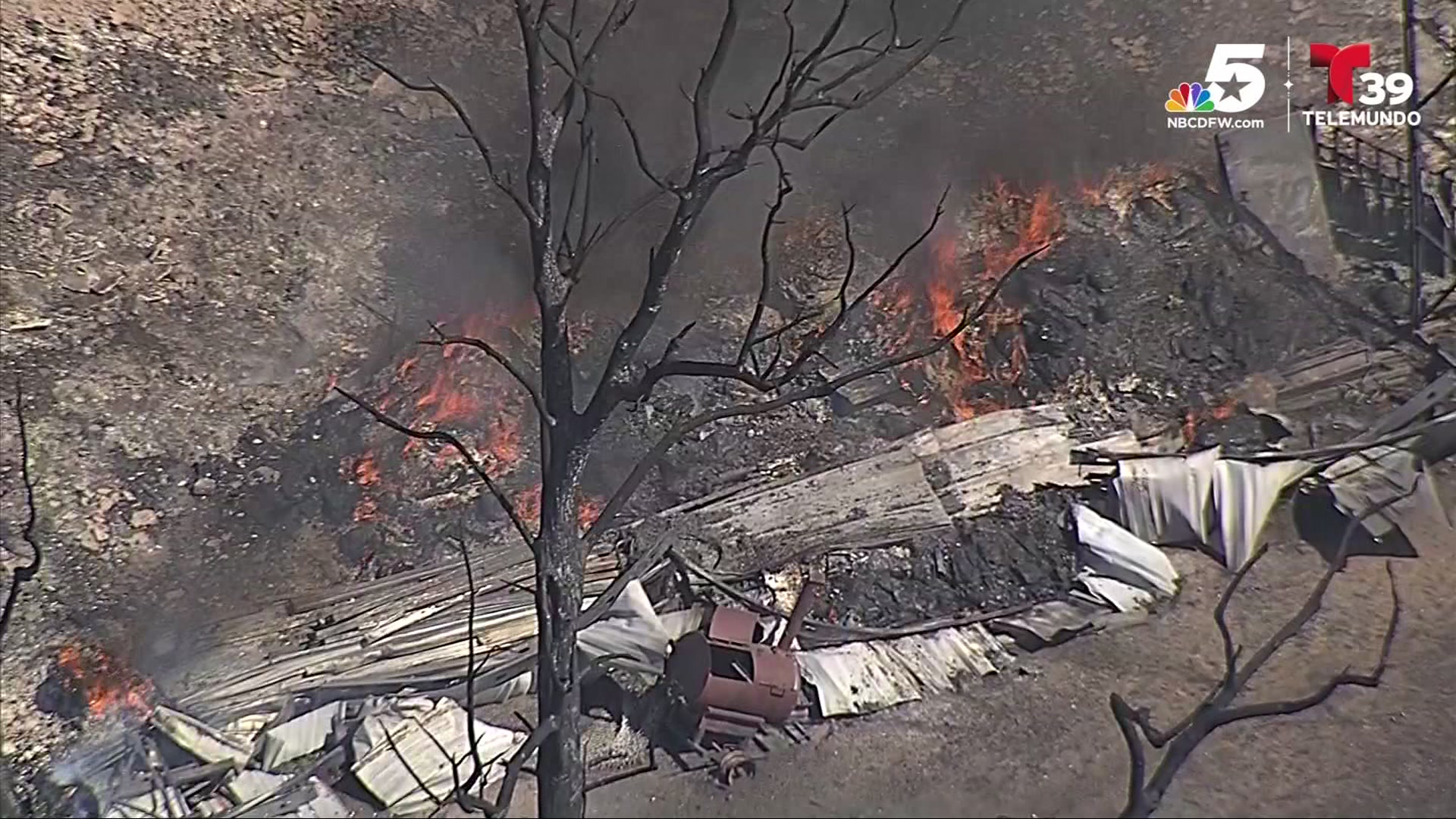 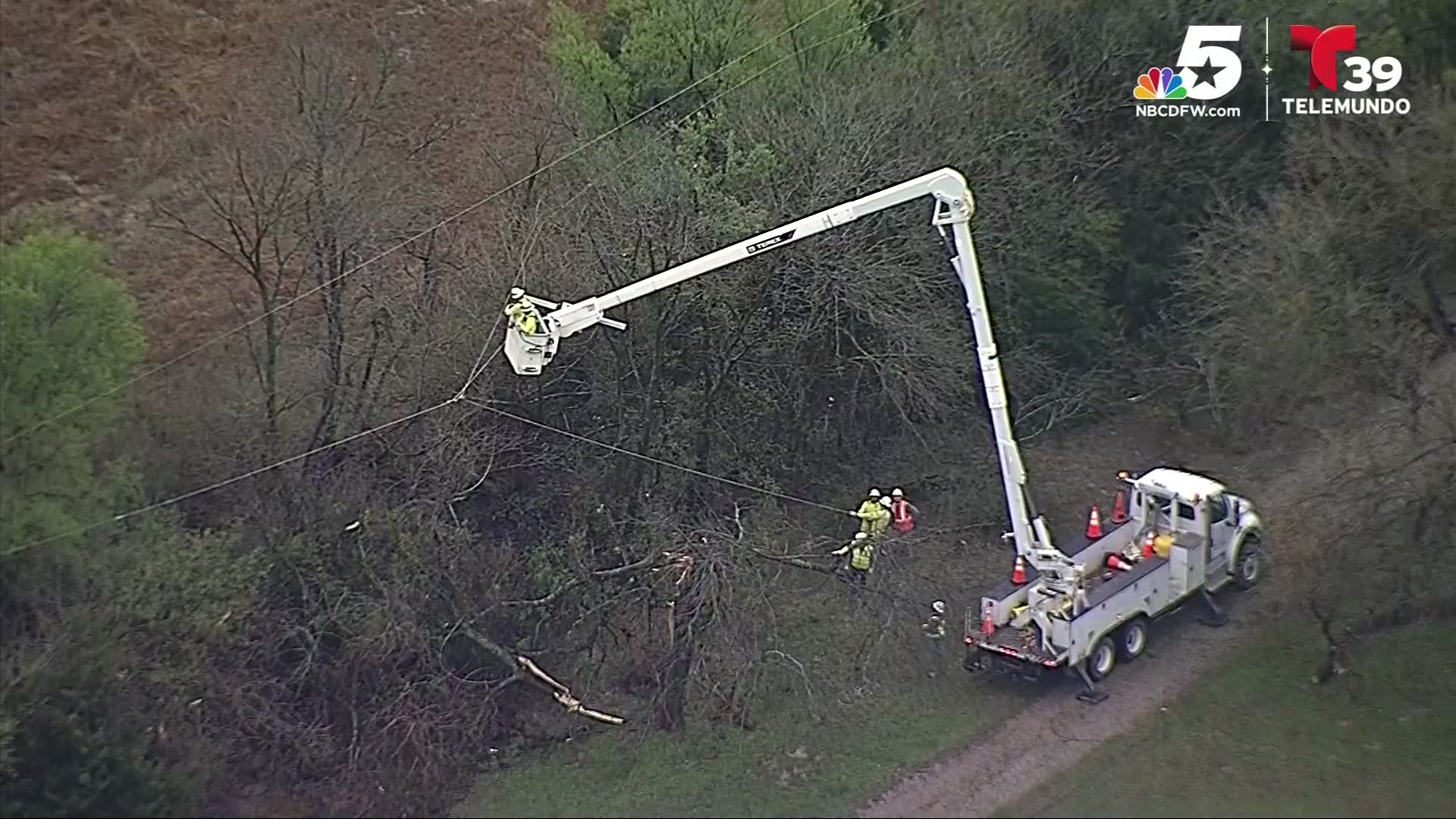