Legendary Texas billionaire Henry Ross Perot, perhaps best known for his run as an independent candidate in the 1992 presidential campaign, died Tuesday at his home in Dallas, NBC 5 has confirmed.

Perot, who celebrated his 89th birthday last month, was diagnosed with cancer earlier this year. Perot's family said he died Tuesday morning at home, surrounded by his devoted family.

"In business and in life, Ross was a man of integrity and action. A true American patriot and a man of rare vision, principle and deep compassion, he touched the lives of countless people through his unwavering support of the military and veterans and through his charitable endeavors. Ross Perot will be deeply missed by all who loved him. He lived a long and honorable life," the family said.[[512476632,R]] 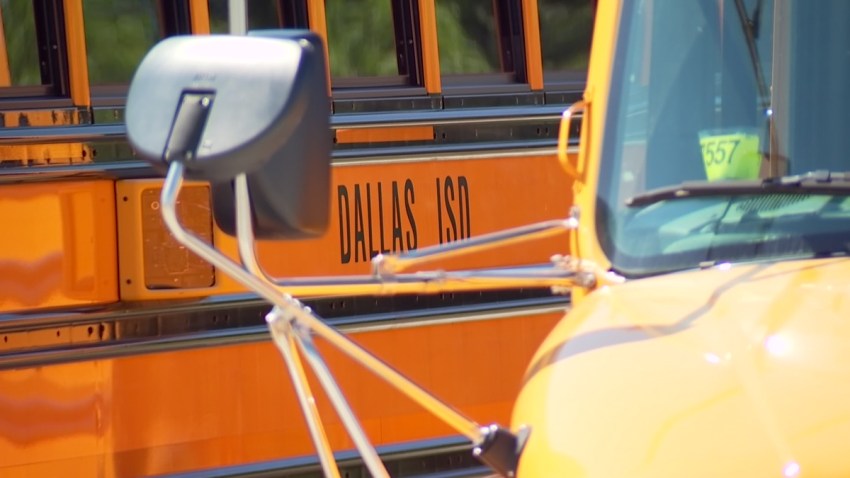 The iconic, ground-breaking entrepreneur was born in Texarkana in 1930. Perot credited his early business acumen to his father, a cotton broker, who told him at the age of 6 if he wanted a bike he'd have to earn it.

"I really wanted a bicycle. My dad looked at me, smiled, and said, 'Son, work, save your money and buy a bicycle.' This started my business training," Perot is quoted as saying in an online memoir.

In his youth Perot learned much about negotiation and trading buying and selling saddles with his father. He joined the Cub Scouts at age 9 and the Boy Scouts at 12. After setting a goal of becoming an Eagle Scout within a year, Perot received his 21st badge in just 13 months.

Perot graduated from Texas High School in 1947 and then attended Texarkana Junior College, where as student body president he led efforts to publish a yearbook and develop an intramural sports program before graduating in 1949 when he entered the U.S. Naval Academy at the age of 19.

While in the Navy, Perot served on the USS Sigourney near the end of the Korean War. He also served aboard the USS Leyte, where, according to an online memoir, he met Stanley "Fearless" Farwell, brother of the ship's executive officer and an IBM executive who offered him a job after learning he'd had experience working with the ship's gunfire control computers.

In 1979, Perot is credited with organizing a daring rescue mission to free two of his EDS employees imprisoned in Iran. Ultimately the employees, Paul Chiapparone and Bill Gaylord, were freed along with thousands of others, and the story was adapted into a novel by Ken Follett in 1983 called On Wings of Eagles. In 1986, NBC developed a miniseries of the same name, starring Burt Lancaster and Richard Crenna, telling the story of the rescue.

In 1984, General Motors bought controlling interest in EDS for $2.4 billion.

In 1986, when Steve Jobs left Apple Computer, Perot invested $20 million in Jobs' new venture, NeXT, to design computers for educational uses. Perot also sat on the board. According to a report from Fast Company, Perot's investment helped fund the development of software that eventually powered the first iPhones and iPads when NeXT was acquired by Apple.

In 1988, Perot founded Perot Systems Corporation, Inc. in the Dallas suburb of Plano, with eight former EDS employees. His son, Ross Perot Jr., succeeded him as CEO and in 2009 Perot Systems was eventually acquired by Round Rock-based computer technology company Dell for $3.9 billion.

It was in 1992 that Perot announced his intention to run as an independent for President of the United States. He spent $12.3 million of his own money to finance his run. During a presidential debate in the 1992 race opposite George H.W. Bush and Bill Clinton, Perot scored a major laugh line with a nod to his appearance.[[512478672,R]]

"We've got to clean this mess up, leave this country in good shape, and pass on the American dream to them. We've got to collect the taxes to do it. If there's a fairer way, I'm all ears," he said, before the audience erupted with applause.

The legacy of the late H. Ross Perot goes well beyond the Lone Star State, the billionaire, businessnman and philathropist was also a political pioneer.

In the end, Perot received 18.9% of the popular vote, but no electoral college votes, which made him the most successful third-party presidential candidate since Theodore Roosevelt in the 1912 election. Perot ran again in 1996, but was once again unsuccessful, receiving only 8% of the popular vote. Just four days before the 2000 election, Perot made an appearance on Larry King Live and endorsed George W. Bush for president, saying he was unhappy with what he had seen from the Reform Party.

Since the 2000 election, Perot has remained mainly silent on political issues.

"Texas and America have lost a strong patriot. Ross Perot epitomized the entrepreneurial spirit and the American creed. He gave selflessly of his time and resources to help others in our community, across our country, and around the world. He loved the U.S. military and supported our service members and veterans. Most importantly, he loved his dear wife, children, and grandchildren.  Laura and I send our heartfelt condolences to the entire Perot family as they celebrate a full life," said President George W. Bush.

Dallas Morning News Reporter Cheryl Hall joins us to talk about the life and legacy of Ross Perot Sr.

Perot's mark on Dallas should not be understated. Through the Perot Foundation, he gave various generous financial gifts to the University of Texas Southwestern Medical Center, Texas Health Presbyterian Hospital in Dallas, Parkland Memorial Hospital's burn unit and breast cancer center and the Texas Scottish Rite Hospital for Children, as well as other medical research institutions across the state.[[512477382,R]]

"We have lost a true Dallas icon. Ross Perot was a veteran, successful businessman, and philanthropist who spent his life working hard to make our city, state, and country better. He personified the American dream and will be sorely missed. Our thoughts and prayers are with his family during this difficult time," said Dallas Mayor Eric Johnson.

Perot was also a key figure in funding the Morton H. Meyerson Symphony Hall in the growing Dallas Arts District and has supported the Dallas Opera, Dallas Museum of Art, Dallas Arboretum and the AT&T Performing Arts Center.

The late H. Ross Perot will be known not just as a businessman or politician, but a key figure in shaping parts of Downtown Dallas.

The Myerson is evidence that Perot's interests were a mix of right and left brain.

"He is an engineering guy at heart that believes in the arts," said Lily Cabatu Weiss, executive director of the Dallas Arts District. "As a cornerstone in this arts district, he believed in beauty and what the arts had to offer the economy."

Perot gave the naming rights donation for the Myerson during the tough 1980's economic downturn that spurred other donors to step forward. Morton Myerson said Perot's donation, coupled with the Bordon Dairy Company donating the land, sparked the Symphony Center and the Arts District.

In May 2008, the five Perot children donated $50 million to the fund-raising campaign to build the new Victory Park location of Dallas' Museum of Nature & Science in honor of their parents. When the new location opened in 2012, it was named the Perot Museum of Nature and Science in the family's honor.

North Texas is home to many remarkable collections of art and historic artifacts. But there is one exhibit most people will never see.

"In our country, you can dream the dream and make the dream come true," Perot said when the museum opened. He continued, "Honored that my children and grandchildren wanted to do this. And I hope it will inspire young people to reach for the stars, as I was able to do."

The museum, in November 2011, named a dinosaur discovered in Alaska by a Dallas-based scientist after Perot -- Pachyrhinosaurus perotorum. The museum now has a full reconstruction of the dinosaur on display.

Christina Cavalier, vice president of development for the Perot Museum said Tuesday the museum is a reflection of what Perot thought was important for Dallas.

"To inspire the next generation of STEM workers, to help reinforce that STEM pipeline," said Cavalier. "That through learning things through science, technology, engineering, and math, that young people could help change the world."

Tom Luce, a lawyer and Perot's friend for 45 years, looks back on the day that he and Perot went horseback riding in west Plano, now the site of Toyota's headquarters, where Perot had a vision for the future.

Perot is also credited with changing the landscape in North Texas.

Tom Luce, Perot’s friend for 45 years, recalls a horseback ride with Perot in far west Plano in the 1970's.

Perot, however, had a vision and said he believed future business would compete for good talent.

"Talent wants affordable housing, good public schools and a short drive to work to a good job. All that can be created right here in Plano, so let's get busy," Luce recalled Perot saying.

"Sure enough, he did. Where I rode that day on horseback is now the headquarters of Toyota," Luce added.

"I'd just started my own law firm. There were just five of us. It was almost unheard of for somebody like Ross Perot to hire a young law firm like mine, but he did," Luce said.

"He changed my life in so many ways, but I'm just one of many. He described himself once as being the sand and the oyster that created pearls," Luce explained.

"He had an impact in many ways, a lot of ways, you know, that have never been written. He gave a lot of money away, a lot of it was public knowledge but a lot of it wasn't. He just did stuff," Meurer recalled. "I'd get a call when I was his assistant early in the morning and he said, 'You read the Morning News yet?' and I said, 'No sir,' and he said, 'Well, there is an article on a person, a women who has a problem' ... He says, 'Follow that thing. If it's taken care of, let's not do anything, but if it isn't, then we will give some money.'"

Over the course of his life, Perot had been honored with a number of awards including being the first recipient of the Raoul Wallenberg Award, for service that embodies the spirit, courage and dedication of Raoul Wallenberg, the Swedish diplomat who saved more than 100,000 Hungarian Jews from the Nazis during World War II. He was also presented with the Patrick Henry Award for outstanding service to his country, the Sarnoff Award for contributions to electronics industry, the Eisenhower Award, presented by the VFW, and the Medal for Distinguished Service by the DOD,  both for working to free POWs in Vietnam. In 1986 he was given the Winston Churchill Award by Prince Charles and Nancy Reagan.

NBC 5’s Brian Curtis sat down with Ross Perot, Jr. about his vision for North Texas in 2020, and his relationship with this father.

Funeral arrangements have not yet been announced but are expected soon.

The family asked that memorial contributions to be made to one of Perot's favorite charities: The Circle Ten Council of the Boy Scouts of America, the Perot Museum of Nature and Science, the University of Texas Southwestern Medical Center, the Salvation Army DFW, the North Texas Food Bank, the Visiting Nurse Association of Texas and Teach for America.