Grand Prairie to Unveil Inclusive Playground for Children, Parents of All Abilities

Grand Prairie is standing out on the map, thanks to a brand new project being unveiled on Wednesday that will make play easier for children of all abilities.

Officials will cut the ribbon on the new "PlayGrand Adventures", an all-inclusive playground which will now be open to the public. The playground is located on the 172-acre Epic Central campus, just west of the President George Bush Turnpike. 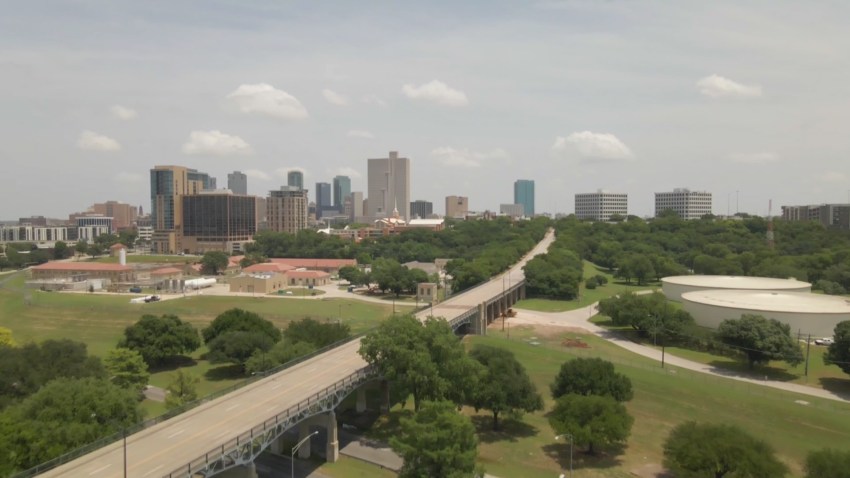 Fort Worth 5 seconds ago

“The driving reason was to do something like this not just for our citizens, but for everybody in the Metroplex," said Grand Prairie mayor Ron Jensen. "There will be more people coming from more than the Metroplex to see and enjoy this facility. That warms my heart.”

All-inclusive means children and adults of all abilities will be able to play together at the park on ADA-accessible play equipment.

“This is going to allow our children and our young adults and adults of all abilities to be together, it’s just phenomenal," Jensen said.

The final version of PlayGrand Adventures will feature nine play and discovery zones. Click here to look at the playground's master plan.

“A lot of parents that might be impaired, they can come out and play with their kids. That’s the way this was built and designed. and that’s what we’ve seen first couple of soft openings, so we can’t wait for the public to come out and totally utilize it like it’s meant to be," said Duane Strawn, assistant director of operations for Parks, Arts & Recreations of Grand Prairie.

The city is opening just phase one of the entire playground project, which is being built on 10 acres in the "Epic Central" area. Phase one comprises just a third of the area and city leaders are hoping to fill the rest of the playground through sponsorships. Several corporate sponsors helped to complete phase one.

City leaders say the bigger plan in this area is to make the Grand Prairie a destination for families across North Texas.

“There’s hotels and restaurants that will be over at Epic Central," said Strawn. "We’re just going to keep expanding and growing. This is just something that the city of Grand Prairie is proud that we can offer this.”

The city is expected to break ground on hotels and restaurants at Epic Center later this year, in addition to starting phase two of the playground.

Additionally, 1,700 hand-painted tiles by local children will be permanently displayed at PlayGrand Adventures.