This is a big week for Parker Pittman, a senior at Richland High School, and more 3,000 other kids across Texas.

They’ve entered the Junior Steer Show, the climax of the Fort Worth Stock Show and Rodeo. They’ll arrive on Wednesday with hopes of a Grand Champion title and thousands of dollars to pay for college.

"We're gonna get him ready for Fort Worth," Pittman said of his nearly 1,500 pound steer named Bandit. "This is is my first time showing a steer. This is a big steer show here."

“I got that name from Smokey and the Bandit. ‘Cuz he’s got a smoky color,” Pittman said. The teenager learned about the 1977 action/romance starring Burt Reynolds and Sally Fields “from my parents. They raised me right.” 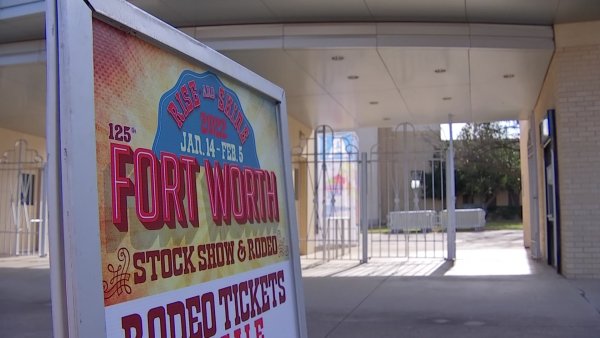 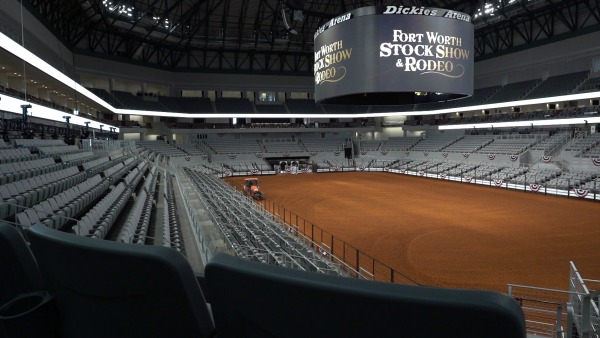 Since last April, Pittman has spent almost three hours every day in the barn caring for and raising Bandit.

“It’s the most time consuming thing I do,” he said. “Take him in every day. Wash him. Blow him. Condition his hair. Brush it out. Every single day.”

“It’s kinda like a woman going to the beauty shop, “ said Greg Clifton who leads the FFA team at Birdville Center of Technology and Advanced Learning.

“Fort Worth is one of the largest steer shows in the United States, and that’s because of the hair show,” Clifton said. "The thing with slick sheer (when the hair on the sides of a steer is cut close) is you see the animal for what it is but with hair, you can dress 'em up and fancy 'em up. And they're just really pretty when they have all that hair."

“If you think of a fluffy cow, that’s what they want,” Pittman said of the judges.

"It means you have to groom that hair. You wash it and you groom it, and you train that hair to lay a certain way," Clifton said. "And it takes a lot of work and preparation every day. You just don't miss a day if you want to compete and have really good hair."

Daily brushing to stimulate the hair follicles, nights outside in cold weather to encourage the hair to grow and the right product are just part of the regimen Pittman deploys to get Bandit some fluff.

Bandit seems good with all of it. A shampoo, a massage and a good blow dry can make a Charolais Cross Steer look like a million bucks.

Truth be told, Bandit may not be the next grand champion but he’s already helped Pittman and fellow FFA member Hunter Bedford steer a course toward their own victories.

“I feel at home here. I feel good here. Makes me feel like I’m doing something productive,” Pittman said as he talked about a future in agriculture.

Bedford, a sophomore whose home-schooled, sees that in his future, too.

“I started watching people with cattle, and I thought, ‘I like that.' So, I tried and I really do love it. I love it,” he smiled.

I don’t worry about them because when they have a work ethic like this, no matter what, they’re gonna be successful,” Clifton said.