Tarrant County officials have advised Fort Worth voters not to share their information in order to “verify” their vote through a website.

NBC 5 received emails from residents Friday who received a pamphlet that says, “Find out if your vote counted in Fort Worth." On the back, it says the recipient received the notice because Tarrant County’s elections records indicate they voted in the May 1 election and the website was an effort to identify any voting irregularities.

The recipient is then instructed to go to a website and to confirm their information to “verify their vote."

“Be careful! Be cautious about giving someone you don’t know your name, address, email or any other information,” Tarrant County Criminal District Attorney Sharen Wilson said in a press release. “You don’t know what they will do with your information.”

The website requests information such as a resident's name, address and ZIP code to “verify vote” and also asks for people to enter the same information about “family, friends, neighbors, and even those who are deceased," Wilson noted. 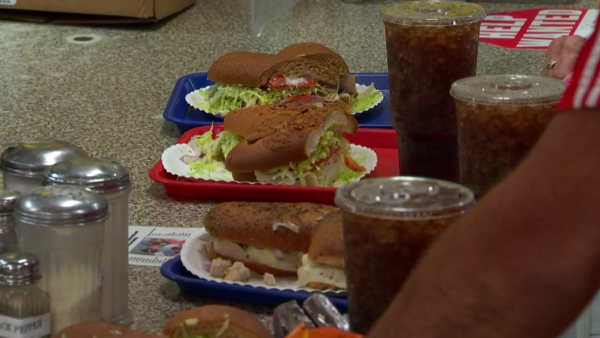 Heider Garcia, the county’s elections administrator, said their office had no knowledge of who sent the pamphlets or why.

“We have no control over any information entered on this site nor do we know what they might do with that information,” Garcia wrote in an email.

Brian Childers, president of Comport Consulting Group, emailed NBC 5's partners at KRLD to clarify the website is not sponsored by the Benbrook-based company. Childers said he was asked to reserve the domain name, as he had a mechanism to easily do so.

The website is a non-partisan research tool supported by a cross-section of the community, Childers said.

"It uses public data to help Fort Worth residents check to see if their votes from the May 1, 2021 general election were properly recorded. We encourage every interested citizen who voted in the general election to use this website and verify that their vote was recorded. No data is collected by the site unless the person specifically chooses to do so," Childers wrote in an email. "If you chose not to vote, this website will allow you to see if a vote was attributed to you. No data is collected or provided that isn’t publicly available already. Election integrity is the foundation of democracy and is the sole purpose of what these individuals are pursuing. This effort is in no way to imply that anything other than the highest levels of integrity are being employed. This is just a mechanism designed to validate that for Fort Worth residents who wish to do so."