A mother on her way to deliver her second child may have been lucky to hit a roadblock.

Ana Soto delivered her daughter, Annuhbelle Daveenah Martinez, in a car on the side of Northeast Loop 820 Nov. 15.

Soto said she started having contractions earlier that morning, but she wasn’t due until Nov. 24. When the family realized how far along Soto was, they packed up and headed to the hospital. 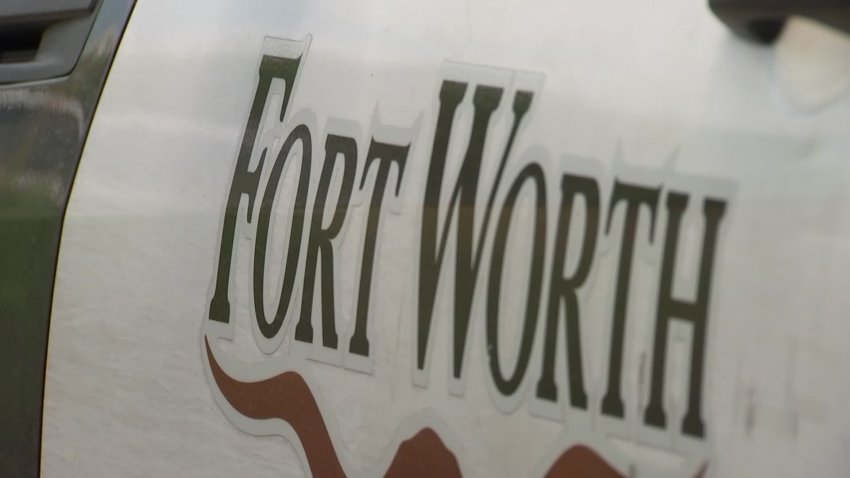 Soto’s father, Oscar Soto, said he thought Northeast Loop 820 would be the fastest way from their Haltom City home to John Peter Smith Hospital in Fort Worth. As the family pulled onto the freeway, they noticed police lights ahead.

“We probably had it shut down for a minute or two, and I could see somebody get out of the car behind me,” said Fort Worth Police Officer Robert Scott.

Scott, who was working traffic control, said they briefly shut down the freeway as part of the Loop 820-Interstate 35W construction project.

Then, Soto told her parents the baby was coming. Her father ran to Scott and anxiously asked how long the freeway would be shut down.

“He told me his daughter was going into labor, and I asked when she was due," Scott said. "He said she is due now.”

As Scott made his way toward the car, he realized how urgent the situation truly was.

“I heard somebody yell that the baby was here, and I made it up to the passenger seat right on time, and she completed delivery,” Scott said. “Kiddo was healthy. I turned her sideways and made sure she got all the fluid out of her.”

Scott said the umbilical cord was near the babies neck, so as, a precaution, he held little Annuhbelle in the same position until medics arrived.

“We just wrapped her up with things we had," Soto said. "My dad took off his jacket and gave me his jacket, a towel. Anything until the medics got there.”

Medical personnel arrived shortly after and took the mother and child to the hospital in good condition.

Officials said Scott was an emergency medical technician before joining the Fort Worth Police Department in 2009.