Wiens was the first in the country to receive a full-face transplant, a surgery that required more than 30 physicians, nurses and anesthesiologists over 15 hours to replace his nose, lips, skin, muscles and nerves.

"He will not look like himself, but he will also not look like the donor, there is a component of soft tissues and also the bone that is Dallas' own, so the tissues are really molded on a new person, and in this case the way Dallas will look will not resemble either what he used to be or the donor," said Dr. Bohdan Pomahac, plastic surgeon and director of the Brigham and Women's Hospital Burn Center. 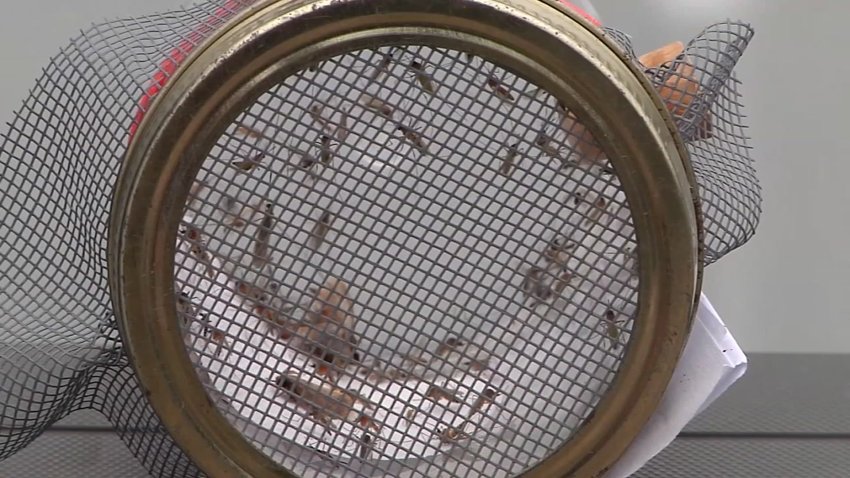 Wiens is able to speak, his grandfather Del Peterson said he has talked on the phone with his family.

Weins is also texting from his hospital room in Boston. He sent NBCDFW's Meredith Land a text message that read simply: "Im good, but very busy. So ttyl"

The surgery was performed at Brigham and Women's Hospital in Boston.  To protect the identity of the donor, the date of the surgery was not revealed by the hospital.

“Today’s tremendous news marks a new milestone in Brigham and Women’s legacy in transplant surgery. The pioneering achievement accomplished by the entire transplant team is a gift made possible by the most selfless act one human being can do for another, organ donation,” said Betsy Nabel, MD, president of Brigham and Women’s Hospital.

"This remarkable, anonymous gift is another example of the life-affirming power of organ and tissue donation,” said Richard S. Luskin, president and CEO of New England Organ Bank.  “As always we are immensely grateful to the donor and the donor family for their generosity.”

Wiens is the third person in the country to receive a face transplant, but the first to have a full-face transplant.  The first near-total face transplant was performed at the Cleveland Clinic where 80 percent of the patient's face was transplanted.

Consent for the donation of the tissue graft from the face was obtained by the New England Organ Bank staff after conversations with the donor family. Registering as an organ and tissue donor on a driver’s license is not accepted as consent for face donation; family consent is required.

The world's first full-face transplant was performed in 2010 at a Spanish hospital.

Wiens was selected for the surgery in October. Thousands have applied for the rare surgery, but Wiens shot to the front of the list because of rigorous tests revealing his strong mental resolve, doctors said.

"That's the real story here, is how a person can get through just about anything," said Dr. Jeffrey Janis, the chief of plastic surgery at Parkland Hospital told NBCDFW in January. "He's got the right attitude, positive mind. He'll get through this because I don't think he knows how to fail."

When word arrived of a donor, Wiens, his grandfather and Janis immediately boarded a plane for Boston.

"To be able to walk down the street and have people not want to give me a double take, that's an amazing feeling that that's going to happen," Wiens said in January.

He said his dream of kissing his daughter is what drives him. Recovery will last months.

Wiens started a fund at Wells Fargo Bank, the Dallas About Face Fund, to help with his living expenses in Boston as he recovers. Wiens has also set up a nonprofit organization to benefit burn victims around the country.