Two Fort Worth children are out of the hospital one day after a dog attacked them.

The girl and boy were attacked while walking home from school Wednesday at Royal Drive near Benbrook Boulevard and Interstate 20.

Mercedes Garcia, 7, needed 42 staples in her head after the attack. 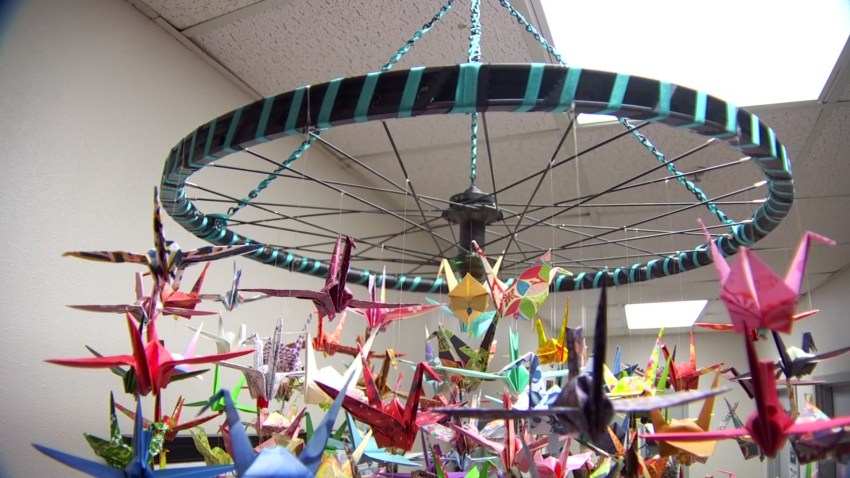 "It feels good," he said. "I'm glad she's better and she's good and it didn't come out to be worse."

The boy, who was also injured, was back in school Thursday, said his stepfather, Adam Jones.

Chris Harps used a walking stick to hit the dogs in the nose and get them away from the children.

Mercedes and her family returned to the block where she was attacked and thanked him Thursday.

"It was just natural," Harps said. "I had to do something, and there were people just standing, watching. I wouldn't let that happen to my child, so I just ran down there and did whatever I could to stop the dogs from attacking."

"I see him in the neighborhood all the time but never really spoke to him," he said. "He's my angel, dude."

Mike Camp, of the Fort Worth Animal Care and Control Division, said he could not discuss the case.

However, dogs brought to the center after biting someone are quarantined for 10 days while they're tested for rabies. Dogs that are not rabid can be returned to their owner.

But if the victim files paperwork saying the dog is dangerous, a hearing is held in front of a municipal judge. The judge can levy strict restrictions on the dog owner, including a $100,000 insurance policy. If the dog owner does not meet the requirements within 10 days, the animal is put down.