Mavs mania hasn't yet hit a fevered pitch in Fort Worth, but Cowtown bars expect that to change once the NBA Finals start Tuesday night.

Few bars in Fort Worth are advertising watch parties for the series. Downtown's Fox & Hound is one of the few places clearly offering specials for the event.

But Shannon Sneed, of the Wild Rooster Bar on Camp Bowie Boulevard, said she expects business to be good during the finals. During the final game of the Western Conference Finals, the bar ran out of chicken wings.

"Normally, it's just happy hour, and it's still a good crowd but, you know, with the Mavs on, it packs in pretty good," Sneed said.

And while the Mavericks may be a Dallas team, the team name has ties to Fort Worth.

The Maverick Building in the Stockyards has called 100 E. Exchange Blvd. home since 1905. It is named for cowboy Samuel Maverick, a man who would never brand his cattle.

"The unbranded cattle were called 'maverick,' 'mavericks' cattle,' and so as far as we know, that's how the name came to be," said Susie Ward, of Maverick Fine Western Wear. 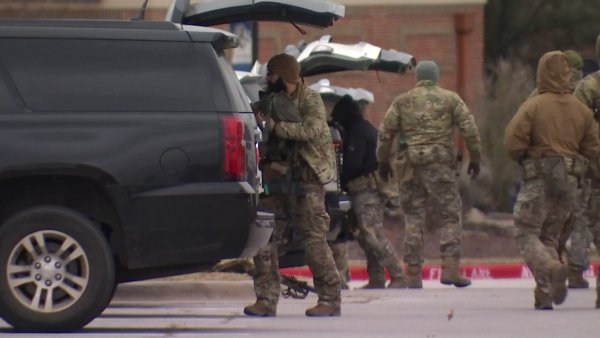 The cattle would often get loose, and that's how the term was coined in 1867.

The clothing store, which features cowboy hats, belts and boots, may bear the name of the NBA franchise but doesn't sell the team's gear.

"If they're looking for a cowboy hat, they're going to find one," Ward said. "We get some phone calls [about Dallas Mavericks' gear]. Not too many people coming. They kind of expect to see cowboys here."

But whether dressed in cowboy gear or a Mavericks jersey, once the games get going, there is only one team to root for, no matter what side of the Metroplex you are on, Sneed said.

"Everybody's for Dallas," she said.