Opening arguments and testimony began Tuesday in the trial of a former school board member accused of placing a hidden camera in a locker room.

Former Argyle school district board member Wendee Long is charged with placing the camera and illegally recording a private conversation.

The prosecution opened its case by saying that Long obtained the recording in February 2012 at a girls' basketball away game in Sanger in hopes of getting the Argyle coach Lelon "Skip" Townsend fired. 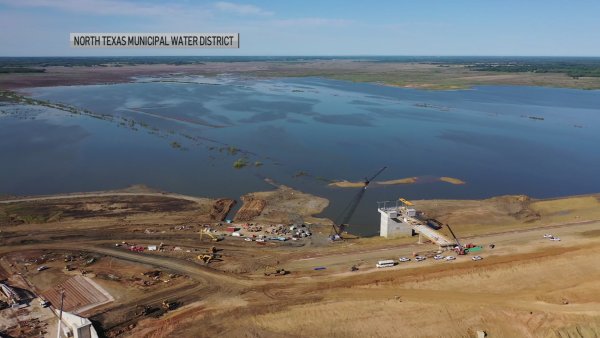 Prosecutors said Long had her daughter, a former player on the team who left to pursue other opportunities, obtain the recording on Feb. 7, 2012.

A witness, a Sanger High School student, told the 12-person jury that Long's daughter approached her that night to get into the locker room before half time. Once inside, they taped an iPhone inside a locker on record to catch the team's halftime conversation, the witness said.

Another student at the game testified that the first recording got partially erased and that the daughter replaced the iPhone before the end of the game to collect more footage.

The defense told the jury that Long wanted the video in order to prove allegations against the coach that several parents brought to her. Her attorney said that they and her own daughters, complained that Townsend humiliated, mocked or students but that Long felt nothing was being done about the complaints.

The jury was shown the edited video that prosecutors claim Long sent to school board members. The video combines some of the halftime and post-game video, although the latter was only audio because, investigators say, it appears the phone became untaped and fell in the locker.

The video shows the coach expressing disappointment over some of the girls' play in the game and telling them that his coaching staff would be there next year and that the team needed to start listening to their game plans.

When Townsend took the stand, he told the jury that his coaching style was intense but never intentionally abusive or bullying.

At one point, it was questioned if the coach's district evaluation after the event should be allowed to come up in the proceedings. The prosecution argued that it was improper impeachment of the witness and said that Townsend was not the one on trial.

The defense told the jury that Long's actions were not a crime because of the motive. They also cross-examined witnesses about the privacy of the locker room, saying that no one was changing or using the bathrooms at the time and that it was serving as more of a classroom to the public school-sponsored basketball team than a changing area.

Both sides, as well as witnesses, made it a point to note on multiple occasions that nothing in the video was inappropriate content-wise. An investigator on the case told the jury that there was no reason to believe the camera was placed for sexual or other purposes.

The trial will resume Wednesday as the prosecution continues to question witnesses and the defense promises to call school leaders to testify.

Her daughter has not been charged for taking part in the recording.

Long served on the Argyle ISD school board from 2009 to 2012. She also served as principal at Wayside Middle School in the Eagle Mountain-Saginaw school district.