Mavs fans aren't the only ones trying to get their hands on playoff tickets. Thieves want them, too.

Debra Welch paid more than $5,000 for two tickets for her and her husband for the Dallas Mavericks playoff run. The high-tech Grand Prairie resident has several cameras watching her house, so she knew when the tickets arrived.

"My husband happened to look at the surveillance cameras from work (and) saw that the UPS man was there dropping off the package," she said.

But when she got home, the tickets were gone. Welch went back to her surveillance video and saw a stranger on the video.

"As soon as I saw that guy on my porch, I was like, 'That's it,'" she said. "I saw him looking around at the packages, and I know what was coming next."

The video shows the man knocking at her door, peeking to see if anyone was home and then walking off with the package.

"My heart just sunk. It's like, "Those are my Mavericks tickets, my playoff tickets," Welch said.

She reported the tickets stolen to the Grand Prairie police. She also handed them the video.

The hoops fan also called the Mavs and had the tickets canceled. The team issued her new tickets, but she's afraid the old tickets will be sold on the street or by a scalper looking for a quick buck. 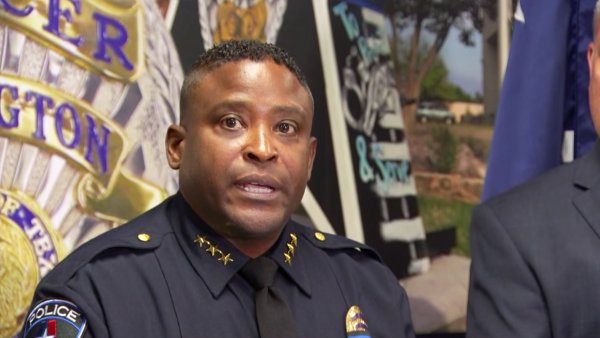 "What if it's a surprise birthday gift -- they walk up to the gate, scan the ticket and it's invalid?" Welch said. "Then they're out of money and a good time."