The Federal Government wants $4.2 million in housing money repaid by the City of Dallas after an investigation into a program that granted money to replace old homes.

The HOME Investments Partnership program grants up to $103,000 to eligible families to demolish and rebuild old homes.

A 2016 city audit found $29 million in federal housing money could not be accounted for. A report released this week came after an investigation that began after the city audit. 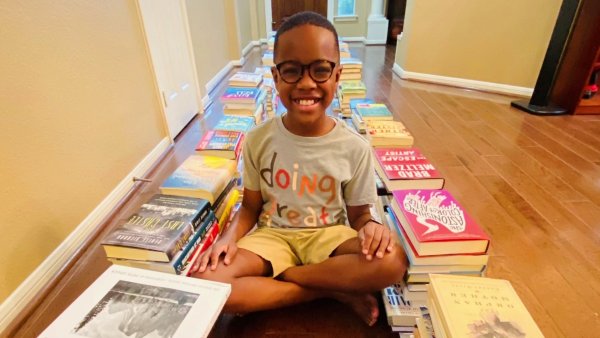 The U.S. Department of Housing and Urban Development Office of Inspector General determined $1.3 million was misspent by Dallas reconstructing 13 homes and that the city improperly claimed $2.9 million of ineligible match contributions. The report said both sums should be repaid.

Jimmy and Deborah Isbell received one of the 13 new homes to replace their old Southeast Dallas dwelling.

Many of the problems at their home are pictured in the report, including loose bricks, a structure that extends over the foundation and an air conditioning drain that requires a bucket to collect water because the concrete patio below is sloped the wrong way.

“Everything was way off track. Nothing was done in a timely manner,” Deborah Isbell said.

The contractor was Kenneth Williams and his firm Dry Quick Restoration.

“We’d call them again and they’d say, we’ll be other there. In a month, you don’t see anybody,” Jimmy Isbell said.

Contacted by phone Thursday, Williams declined an interview in person but said he is working with City of Dallas officials and may agree to say more in the future. Williams said the City of Dallas is to blame for the problems.

"My character and my reputation is at stake," Williams said. “The real story is yet to be seen. I stepped into a culture of trouble."

Deborah Isbell blames both Williams and the City of Dallas.

“Mr. Williams is definitely responsible. He didn’t meet any of his deadlines. He didn’t send professional people out here. And yet the city, for not having more stringent rules, is also to blame,” she said.

Dallas City Council Member Tennell Atkins, the Chairman of the Housing Committee, said city management has been replaced since the period of time reviewed by the HUD investigation.

“New City Manager, new Assistant Manager over housing, new Director over housing, just came in,” Atkins said. “We have these findings right now, so we should be better moving forward and we can reduce these problems, make sure we don’t make the same mistakes again.”

Atkins said the city can negotiation with HUD to use some of the money the agency wants refunded to fix problems at the houses.

“The City of Dallas acknowledges the findings from the Office of Inspector General and we are currently in conversations with HUD to resolve the findings from the audit of the HOME Program. We recognize the issues with our prior administration of the Program and have already begun to address many of these findings and have developed more rigorous internal controls to ensure a higher level of accountability and administration of these types of government funded programs.”