The game was well in hand Friday night, as the clock wound down. Aledo was about to win yet another state football championship. But on the last play of the game, something happened that sent AT&T Stadium into a frenzy.

There's a lot to live up to in Aledo -- starting with signs commemorating a string of state football crowns, which grace the entrance to the Bearcats' stadium.

"Hard work, get to it," said team captain Zach Reinert, regarding what it took to get to another title game. "We didn't finish last year, so finish strong."

To win state titles in Texas takes teamwork and inspiration. No one on this year's team worked harder at it than Blaze Mayes. 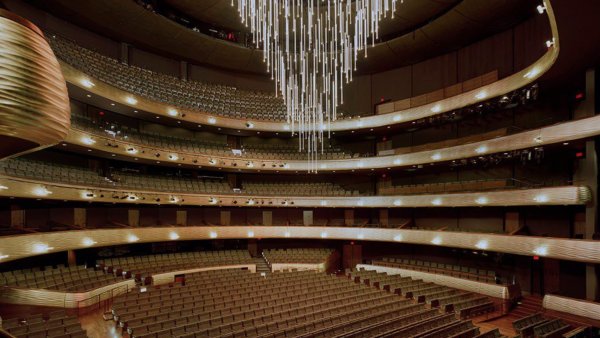 "He's truly a blessing to all of us as a friend and a teammate," junior Logan Michael said. "It's sometimes hard to say that he outworks all of us, because it's true."

Mayes was born with Down syndrome. During offseason workouts, in-season practice and games he is right there with the rest of the team.

"Blaze Mayes. He's the heart and soul of the team," Reinert said. "He goes to every single workout, every single practice. He's amazing."

Friday night, that hard work paid off. As the clock wound down, the Bearcats led Fort Bend Marshall 55-19 in the Class 5A Division II state championship game. Just before the game's final play, something happened.

"Blaze walked out, and the stadium exploded," Reinert said. "It was amazing."

Mayes lined up at wide receiver on a running play.

"You saw Blaze out there, number 99," junior teammate Cooper Thompson said. "And he was just ready to go after it."

He did just that, in position to block the Marshall cornerback -- AT&T Stadium went nuts.

Blaze spoke of his team, his coach and the excitement of the play. To his teammates, he is just one of the guys. Hard work earned him a spot in the game of a lifetime.

"That is a moment I'll remember for the rest of my life," Michael said.