The Quail Trail housing development in Fort Worth is a collection of 12 four-plex permanent supportive housing units for people experiencing chronic homelessness.

"We see what the real need is for the homeless," developer Randy Gideon said. "The real key to homelessness is putting people in homes."

The project might never have happened if Gideon had not been given his own second chance.

"Ten years ago, this last Dec. 26 as a matter of fact, I had a double lung transplant," Gideon said of his life-saving surgery at UT Southwestern Medical Center in Dallas. "It makes you much more keenly aware of what you're doing with your time, and how you're spending your time, and if you've done something valuable with the time that you've been given." 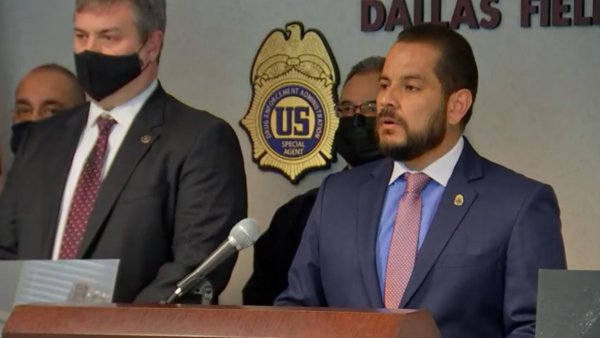 "As a community, we need to come together and find solutions that work," Case Manager Natalia Zamora said. "This is a solution that works."

The Quail Trail development has 48-units total. Residents do not have a limit on the time they can live there. Case managers help them get critical documents and services to get on their feet again.

"We had a client say, 'You know I haven't had a Christmas in so long because I don't have a family. You guys are my family now,'" Zamora said. "They don't have that when they're on the street ... they're in survival mode."

The model is not typical for a developer.

"No," Gideon said with a grin. "It is not a money-making project."

Gideon helped set up a nonprofit with First Presbyterian Church in Fort Worth called New Leaf Community Services, which operates Quail Trail. So far, half of the units are occupied, the other half are in the process of being finished.

"It's a real security blanket for them, and a place of refuge, and a place where they can feel safe," Gideon said.

Gideon hopes others see the importance of giving, whether that's of their time, money, or through organ donation. Without all of those, Quail Trail might never exist.

"It makes you appreciate every day," Gideon said.