Man fatally shot after refusing to drop a frying pan and a cleaver, resisting two stun guns, and charging at officers

A Denton County grand jury has decided against indicting a Denton police officer in the shooting death of Darius Tarver, a 23-year-old University of North Texas student who charged at officers with a knife and resisted stun guns.

Tarver's father said his son was having a mental episode related to head injuries from a recent accident when he was shot and killed by a police officer outside of his apartment on Jan. 21, 2020.

Officers said they were called to the Forum at Denton Station apartments at about 3 a.m. after multiple people reported a man banging on doors and shattering light fixtures with a frying pan.

Police said they used a stun gun twice after Tarver refused to drop the pan and a meat cleaver. When he then charged at officers, one of the officers shot him.

Following the shooting, officers began life-saving measures and only then realized that one of them had been stabbed in the scuffle. 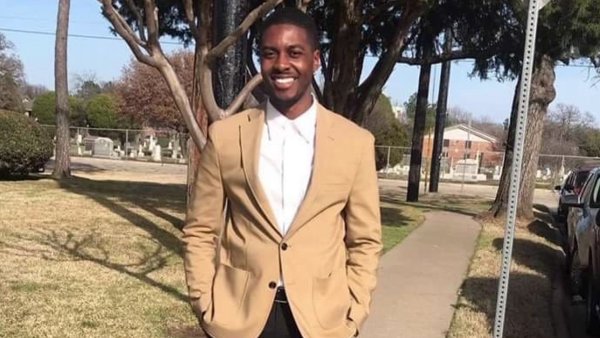 "Darius’ death was a profound loss for our community and a tragedy for all involved. We extend our condolences to the Tarver family during this difficult time," the department said in a statement Thursday.

The officer who shot Tarver remains on administrative duty pending the outcome of an internal investigation that is expected to conclude in the next 30 days.

The result of that investigation will determine whether training and department policies were followed.