Dallas police say they have arrested a man they say sexually assaulted two women in downtown this month.

Because the victims provided similar descriptions of their attacker, and because the incidents occurred close together, Dallas police said they're working to determine if the attacks were committed by the same man.

Officers are not releasing the name of the man or his photo yet because detectives need to speak to another victim.

The suspect will be charged with sexual assault, failure to comply with registration requirement for sex offenders and a probation violation for failure to register as a sex offender. His bond is set at $150,000. 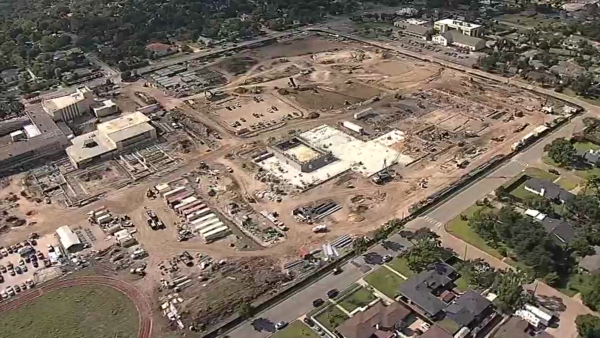 The incidents are detailed below.

A woman was sitting at a downtown bus stop drinking a beer at 2 p.m. July 3 when a man approached her. Police said the man told her she would be arrested if police saw her and suggested she walk with him.

Police said the man led the woman to a stairwell near the 600 block of Houston Street Viaduct where he suddenly grabbed and sexually assaulted her.

The man was described as black, about 35 years old, about 5 feet 7 inches tall and 160 pounds with tattoos on his face and covering both arms, according to police. He was wearing a white T-shirt, green pants and green tennis shoes.

Police said another woman was on a Dallas Area Rapid Transit train when a man who called himself Rodney sat next to her. The woman had met the man a few days earlier at the DART West End Station.

As the woman exited the train, the man suggested they walk together to get something to eat. As they were walking in the 700 block of Ross Avenue, police said the man suddenly grabbed the woman and sexually assaulted her.

Like the July 3 attacker, the man was described as black, about 35-years-old and 160 pounds with tattoos on his face and covering both arms. The second victim said her attacker was about 5 feet 5 inches tall. He was last seen wearing a white T-shirt, dark jeans and light blue athletic shoes.