A grand jury has declined to bring charges against Dallas police officers who used a bomb-carrying robot to kill a sniper who had just killed five officers during a downtown rally, prosecutors announced Wednesday.

The Dallas County District Attorney's office said in a release that investigators presented their findings to a grand jury more than a year after the July 7, 2016, attack by Micah Johnson, a 25-year-old Army reservist who investigators said was upset by recent shootings of black men by police.

The use of the robot to detonate a pound of C4 explosives near Johnson, killing him, was a first for a U.S. police department.

David Brown, who was the police chief at the time and has since retired, said shortly after Johnson was killed that he made the decision to use the robot because negotiations had failed and he wanted to end the continued threat to officers. Police said they believed Johnson was also wounded by gunfire, but few details about the police response that night have been shared with the public.

A spokeswoman for the district attorney's office said staff could not discuss what evidence was presented to the grand jury.

His parents, who are divorced, have given few interviews since the shooting. Federal court records don't show any pending lawsuits from family members challenging the police response or the use of the robot.

District Attorney Faith Johnson, who has no relation to the gunman, noted that all police shootings are required to be examined by a grand jury.

Five officers were killed and nine were injured in an ambush at a peaceful protest on July 7, 2016. 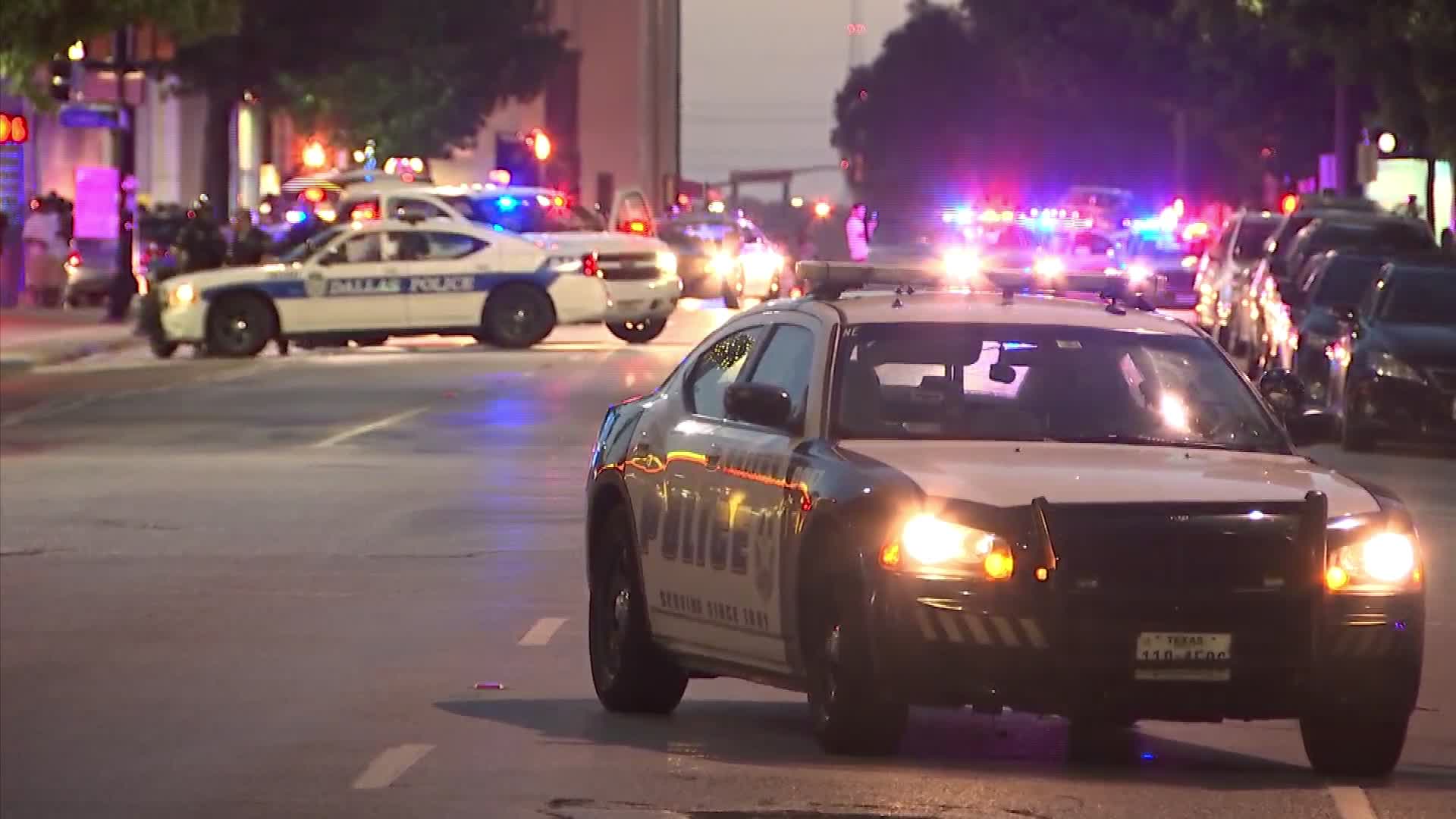 "Our thoughts and prayers continue to be with the families of those who lost their lives that night, the officers who were injured, and all of the men and women who courageously put themselves into harm's way, all in an effort to protect our community," Johnson wrote.

She added later to her statement, saying, "As with all officer-involved-cases, this case was presented to the Grand Jury to determine if the use of force by police was reasonable given the unique facts and circumstances of the case presented."

The decision appears to conclude the investigation, and a police spokeswoman issued a statement saying the department is pleased with the outcome and hopes to move forward with healing.

Micah Johnson started shooting at officers who were minding a rally against shootings of blacks by police in other cities. Johnson eventually holed up in a community college building, when police officers used the bomb-carrying robot to end an hours-long standoff.

Johnson died from his injuries, but little more is known about the decision to use the robot. Brown wrote about his role in the decision in his autobiography, but he said during interviews about the book that he purposefully did not look at the investigative file while writing his account.

The Associated Press, along with other media outlets, filed multiple Freedom of Information requests regarding the shooting, including for autopsies, ballistic reports, the 911 calls, surveillance video, transcripts of the negotiations with Johnson and an inventory of what was seized from his home. Those requests were denied citing an ongoing investigation.

Michael Mata, president of the Dallas Police Association-- the city's largest police union, said the association is happy that the investigation is over, but noted it took a long time to go before a grand jury.