Dallas looks to California for the new police chief to replace Reneé Hall, who announced her retirement in September

Dallas has a new top cop.

Garcia, who served as Chief of Police in San Jose, California, was selected from a group of seven finalists named earlier this month to replace Reneé Hall, who announced in September that she would step down after nearly three years as chief.

Garcia worked with the San Jose Police Department for nearly three decades and retired earlier this month. He had served as chief since January 2016 and led a force of 1,400.

Eddie Garcia will become the next chief of the Dallas Police Department, City Manager T.C. Broadnax announced Wednesday. NBC 5’s Jack Highberger reports on what’s being called an “historic” chapter for the ninth-largest police department in the country.

“My story began as a young boy moving to a new city, learning to speak English in a community that promoted me to Chief. It’s an honor to be welcomed into one of America’s greatest cities for the second time as Chief.” Garcia said in a press release. “I’m truly humbled by the thought of wearing the DPD uniform and working alongside such an amazing group of committed men and women. Together in partnership and collaboration with the Dallas community, we will meet the challenges of today and beyond.”

Garcia, of Puerto Rico, would be the first Latino police chief for Dallas -- the ninth-largest police department in the United States.

“I’m pleased to see this inclusive, equitable and transparent process culminate successfully with the hire of Chief Garcia,” Broadnax said in the press release revealing the announcement. “Despite the challenges of the global pandemic, it’s an exciting time for him to come to Dallas and continue building on the foundation of R.E.A.L. Change we’ve built – advancing 21st Century policing in ways that are responsible, equitable, actionable, and legitimate.”

"We should celebrate the fact that Chief Garcia will become our first Hispanic police chief. This truly is an historic moment for Dallas," Mayor Eric Johnson said. “But we both understand that what truly matters now is the work ahead of us: making our communities safer and stronger. I expect that he will immediately begin developing plans to fight the unacceptable violent crime increases we have seen in Dallas. We will need our communities’ help in those efforts. Too many lives have been taken in our city. Too many families have been devastated by violence. And too many people in our neighborhoods feel unsafe."

Garcia is credited with rebuilding San Jose's department after pension reform caused a mass exodus of officers. Now he says the department is on a solid foundation within, and in the community.

"We had a lot of successes in our time here, not only in the almost 29 years I've been here but also in the five years I've been chief," Garcia told NBC Bay Area before his retirement. "We've had areas where we can improve; we've made mistakes. But we learned from them, and we'll continue to learn from them, and we will get better as an organization."

"Steve Jobs said, 'If you want to be liked by everyone, don't be a leader. Sell ice cream,'" Garcia wrote on Twitter following his retirement from SJPD.

“I’ve been in communication with the mayor in Dallas, and I told Eric Johnson that they would be incredibly blessed to have Eddie Garcia as their police chief," San Jose Mayor Sam Liccardo told NBC Bay Area before the announcement.

Search for a New Chief

Dallas moved in October to hire a firm to help with the search, and community surveys followed in November. Once a shortlist was made, an additional 55 organizations ranging from police unions to neighborhood nonprofits took part in panel interviews with the candidates last week.

Broadnax had said he would name a new chief by the end of the year.

Hall's departure came in a year in which Dallas saw more than 200 homicides -- the highest number of murders in more than a decade. She has not yet revealed plans for her future.

In an exclusive interview with NBC 5 Investigates, Dallas Police Chief Renee Hall said she is offended by the treatment she has received from Dallas Mayor Eric Johnson and that she believes the mayor’s recent attacks on her leadership have become personal.

"This year has been tumultuous and uncertain. A few more months of her leadership are key for several projects and for a seamless transition within the police department," Broadnax said of Hall in a statement released after he received her resignation letter. "In her three years of service, Chief Hall has provided consistent, passionate, resilient and robust leadership to our City. She has implemented a host of reforms that will assist our department as we move forward."

"I think it takes a certain type of person to command a large police department with the dynamics that are going on in big cities today, in the national arena that we're working in right now," Mike Mata, president of the Dallas Police Association, said earlier this month as interviews with the candidates began. "It's tough, and it's going to be tough for that person who's coming in the place of Chief Hall because we are in such a situation with morale, manpower, high murder rate, high crime rate." 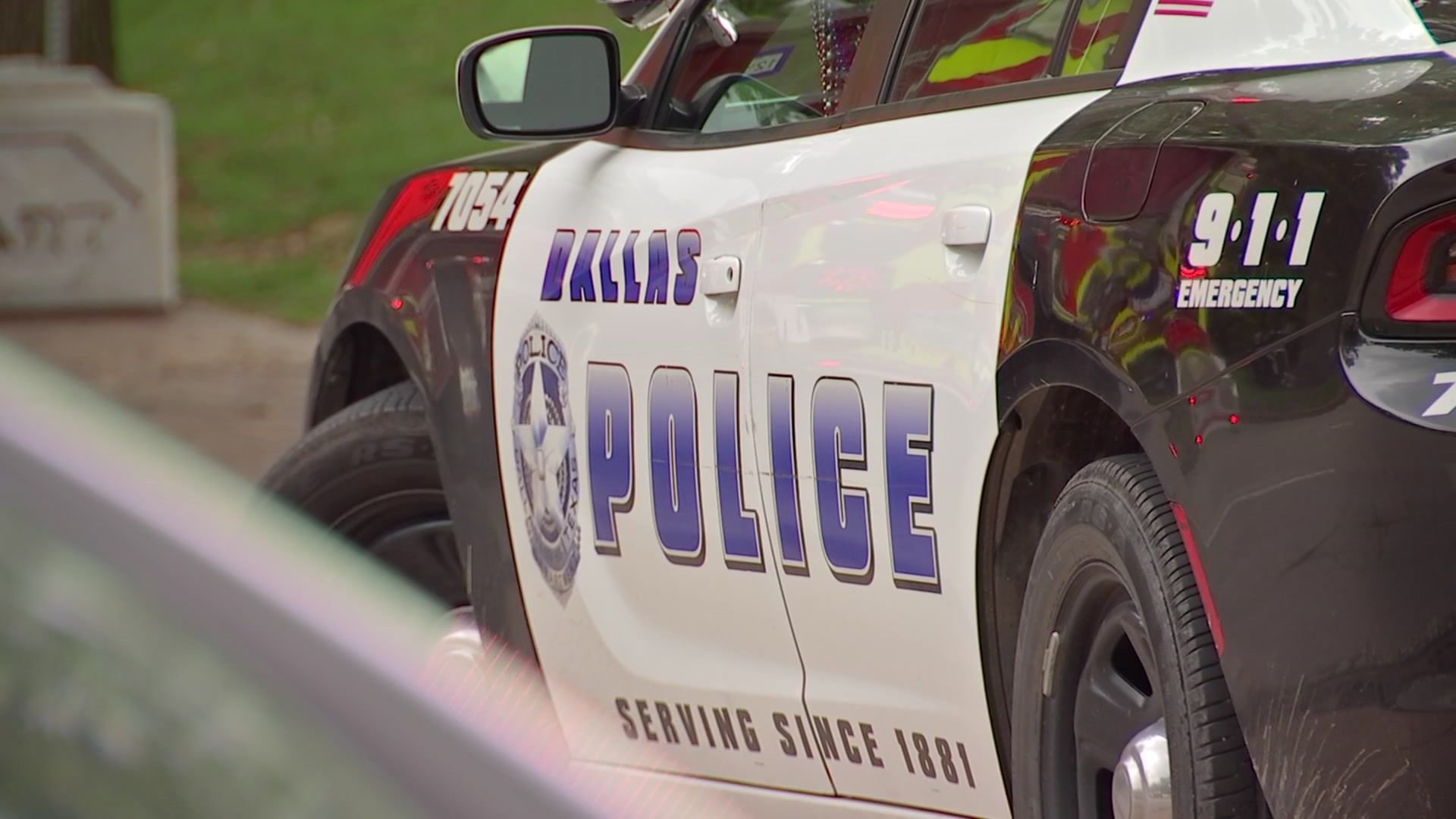 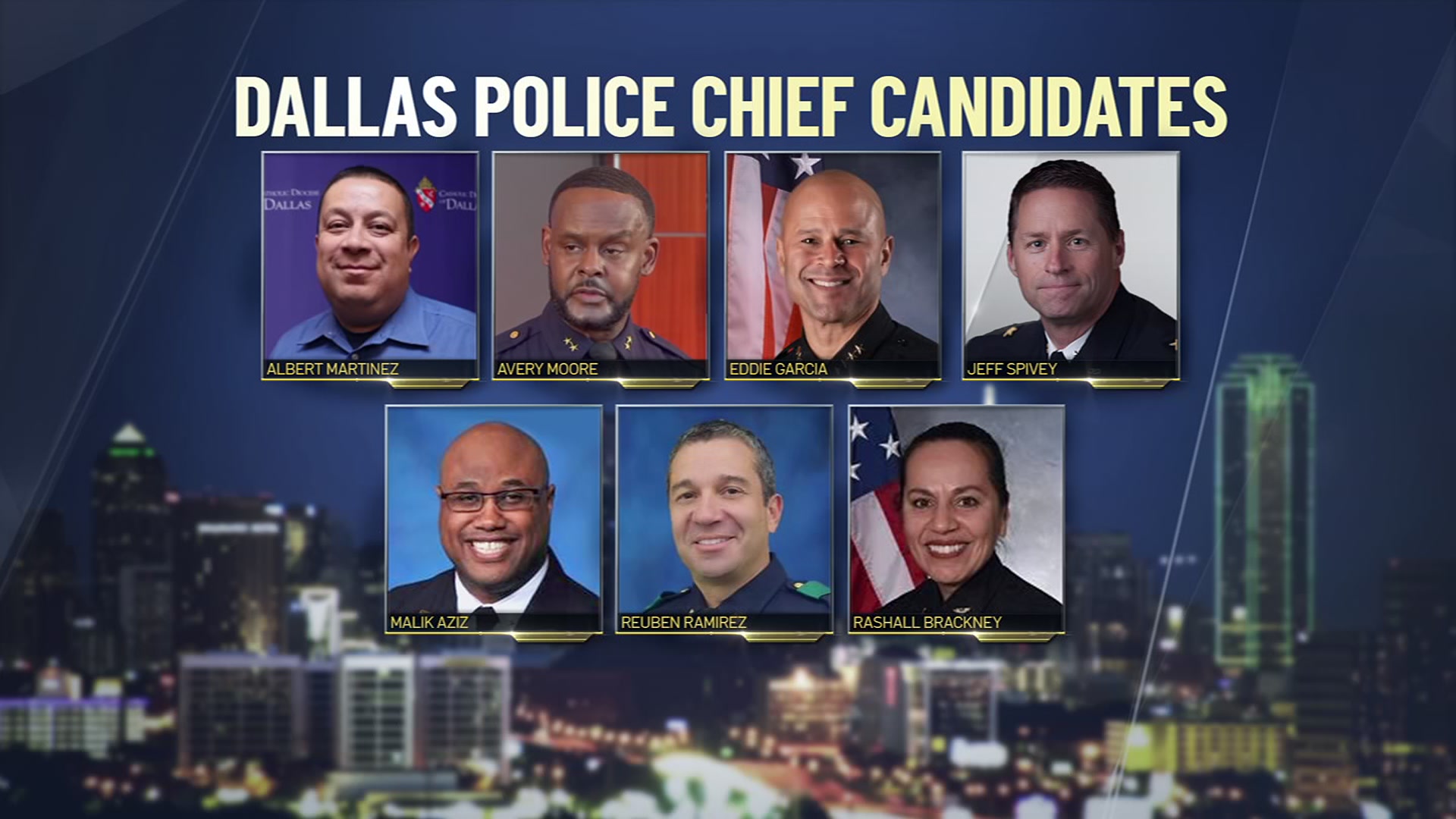 Interviews Begin This Week for 7 Candidates for Dallas PD Chief