Historic preservationists in Dallas are worried about new rules endorsed by a City Council committee Monday.

The rules are designed  to speed demolition of condemned buildings in historic neighborhoods.

“A beautiful neighborhood does not deserve to have this,” said Committee Chairman Dwaine Caraway about the problem with decaying buildings. 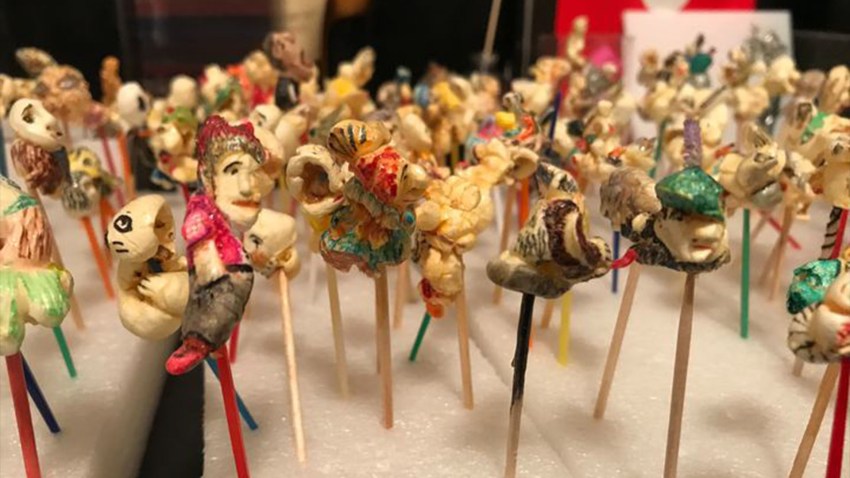 Plano Man is the ‘Picasso of Popcorn’

A briefing for the committee included background on a house at 2807 Tanner Street near Dallas Fair Park.

The city first sued the owner three years ago over code violations that have still not been repaired. The city received approval for demolition on April 5, but neighbors complain the abandoned house is still a standing nuisance.

Bessie Hendricks said she lived in the house for 10 years, but moved out eight years ago because the owner was not repairing it then. She now lives next door.

“He said he wouldn’t spend no more money on it, so it was up to me whether I wanted to stay or would I move,” said Hendricks.

She said she supports the change to reduce the options for owners and demolish decaying buildings faster.

"Yes, it is a good thing they should do," said Hendricks. "Especially people that own it, if they don't want to spend no money on it."

Preservation Dallas supporters attended the committee meeting and left disappointed after being refused an opportunity to speak.

They said they believe even the house on Tanner Street should be saved because it was once the home of an important Dallas black family.

“We identified the property owner, who was willing to donate the house and get it fixed up and make it a contributing house for the neighborhood,” said Katherine Seal of Preservation Dallas.

Seale said details of the new rules would permit owners to more easily abandon historic properties, but members of the committee didn’t agree.

A key question for the committee from city staff at the briefing was the size and type of structures to be included in the new demolition procedures.

The committee recommended that all structures in historic neighborhoods are subject to the new rules, not just residential structures smaller than 3,000 square feet.

Officials said just 34 of the 1,200 or so nuisance buildings demolished in Dallas in the last six years have been in historic districts. But those buildings were most likely to be subject to extremely long demolition delays, which makes neighbors angry.

“It’s a safety issue,” said Councilman Tennell Atkins. “We need to do something about it.”

The full Dallas City Council will consider the plan at a future meeting. But with a demolition order approved, the Tanner Street house will likely come down soon.

More: Read the city of Dallas' entire brief on the matter.