Murdered victim's family back to square one seeking answers

Dallas Chief of Police Eddie Garcia says he was disappointed to learn the charges were dropped Thursday against a former police officer arrested and accused of capital murder when prosecutors said there wasn't enough evidence to support probable cause in the case.

Garcia reiterated a statement from the department released on Wednesday saying the department respected the judge's decision, but that they had a probable cause affidavit approved by a judge before placing officer Bryan Riser under arrest and that he could not have been arrested without that affidavit.

Garcia said it was an order from State District Judge Tammy Kemp that caused Riser’s arrest, after she signed the original probable cause document March 3rd.

“We could not have made an arrest on that case had not a judge agreed with the police department that there was probable cause,” Garcia said.

Dallas Chief of Police Eddie Garcia says he was disappointed to learn the charges were dropped Thursday against a former police officer arrested and accused of capital murder when prosecutors said there wasn’t enough evidence to support probable cause in the case.

Judge Kemp also signed a second probable cause affidavit April 5th that had errors from the original document removed.

Garcia said Kemp’s actions solidified the police position that there was sufficient probable cause.

“I’m disappointed in yesterday's ruling, there's no question in my mind about that. We fully agree with Judge Kemp's initial decision through our statement of probable cause and that we had probable cause. We’re going to obviously respect yesterday’s decision. We’re going to continue to thoroughly investigate this case, support the work that our detectives did,” Garcia said.

Riser had been accused of ordering three men, Kevin Kidd, Emmanuel Kilpatrick and Jermon Simmons, to kill Albert Douglas and Lisa Saenz in 2017.

“He was very, very funny," Albert Douglas' cousin Dochele Jennings said. "He was the life of the party.”

During a preliminary hearing Wednesday morning, Dallas County Criminal Court Judge Audrey Moorehead agreed with prosecutors for the Dallas County District Attorney's Office and said there was insufficient evidence against Riser to support a probable cause in the case.

“Somewhere somebody dropped the ball, but hopefully they can develop a strong enough team," Jennings said. "We’ll keep our fingers crossed that something breaks through.”

This ordeal leaving the family lost and still seeking closure.

“We are at square one," Jennings said. "We are still torn like why? He didn’t deserve this regardless of how they viewed him he was still our family and we cared about him.  We just want answers. That’s it. We just really want justice and answers.” 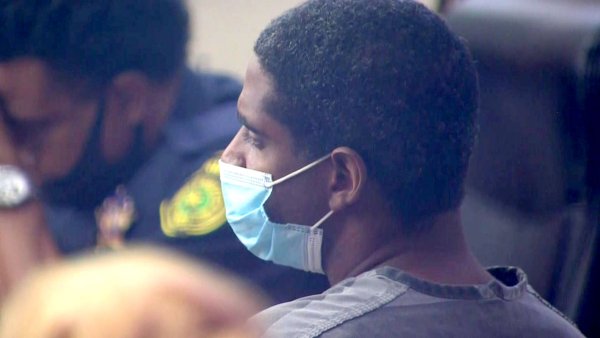 When he was released Wednesday afternoon, Riser made a brief statement to the media before getting into a car and leaving.

Garcia said that the court's decision Wednesday did not change Riser's employment status with the department as there were other administrative issues that led to his termination. Garcia added the department will continue to investigate the case with the FBI.

Should more evidence be obtained in the case, it could once again move forward.

Prosecutors working for Dallas County District Attorney Jon Creuzot supported Wednesday’s hearing in the case and the ruling that evidence was insufficient.

"This does not mean the investigation is closed. We look forward to continuing our work with the Dallas Police Department on this or any other cases that are investigated in the city of Dallas," said Creuzot.

Tarleton State University Criminal Justice Expert Alex Del Carmen said debate between police and prosecutors is typical, but this situation is not.

“I think this is very unusual. It's very public, which has a serious impact on the credibility of the police department,” Del Carmen said.

Del Carmen said Riser’s reputation has also been damaged and returning to any police job may be difficult.

Riser was accused of paying for the killings of two people years ago by an informant whose credibility was questioned by Riser’s defense attorney.

Del Carmen said excluding Riser from the Dallas force is much easier that proving a homicide.

“The threshold is a lot lower than we would have in the criminal case as it relates to the conviction, especially for a capital crime,” Del Carmen said.

Judge Kemp did not return a request for comment Thursday.