What started as a kitchen fire Tuesday afternoon led to a blaze that destroyed three homes and damaged several others in southeastern Tarrant County, firefighters say, marking the second such damaging grass fire spread in the drought-parched region in as many days.

In a series of tweets, the Rendon Fire Department said the fire was first reported in the 5500 block of Jessica Lane. Early reports from fire officials said eight to nine structures were involved in what was reported to be a grass fire.

The fire, aided by flying embers, spread rapidly to neighboring homes. In all, three houses were destroyed and several structures were damaged.

There were no immediate reports of injuries.

Video online showed homes completely involved in flames as the fire attack was hampered for a while when a primary water hose ruptured when vehicles drove over it, according to the Rendon Fire Department Twitter feed.

High-voltage power lines were downed and propane tanks were set on fire, according to the feed. 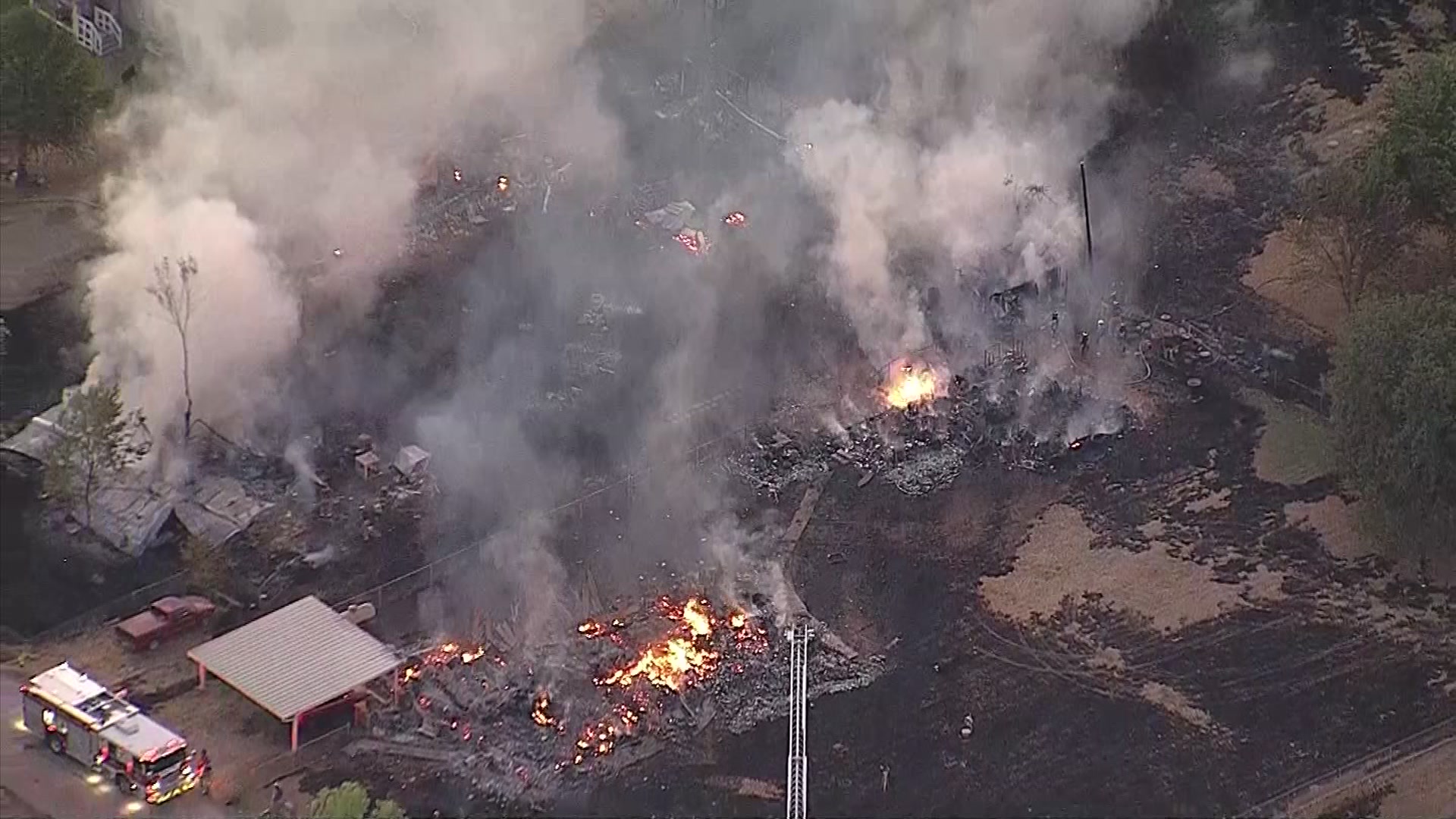 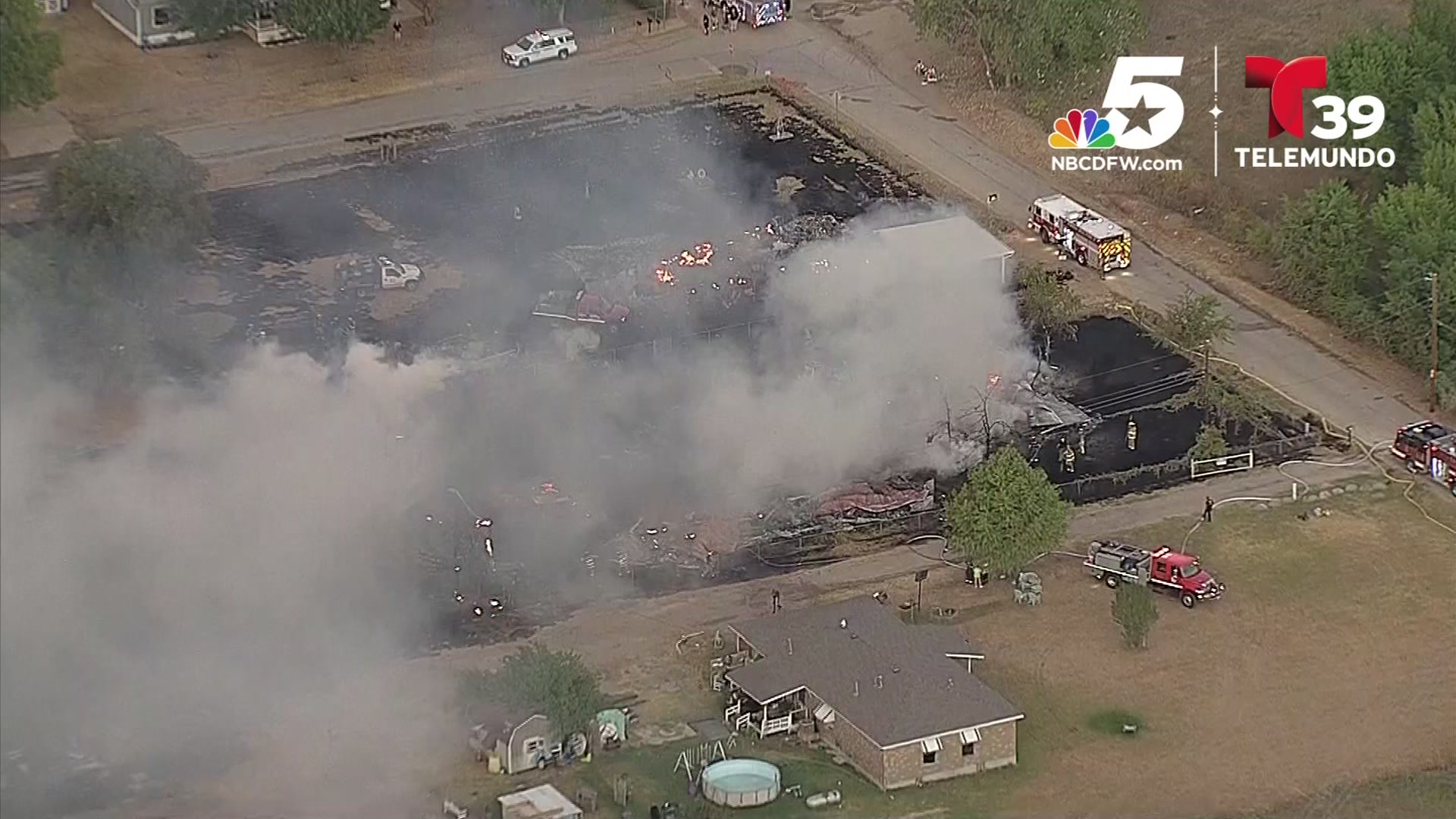 Hervey Duran said he watched from his home across the street as the flames spread. His house was not damaged, though he said it was a close call.

"By the time we got over here, the entire house was on fire in the span of 15 minutes and it got to where it is now. I don't know. I was pretty shook," Duran said.

"The heat is a big factor. It takes a toll on the firemen," said Randy Renois, Tarrant County Fire Marshal. "We have a little bit of water but we need more tankers. So, we're shuttling tankers. We've got four maybe five tankers out here now."

Firefighters from neighboring cities joined the effort to contain the fire.

Images captured on a Texas Department of Transportation camera along Interstate 35W, about nine miles from the fire, showed smoke rising from the horizon.

The Rendon fire came one day after a grass fire spread into a subdivision in Balch Springs where nine homes were completely destroyed while more than a dozen others were damaged.

Residents of the city's Spring Ridge subdivision said the fire swept from an adjoining open field after weeks of complaining to city officials about its owner failing to keep the field mowed.

North Texas has been vulnerable to explosive wildfires for at least two weeks with temperatures topping 100 degrees with 20 mph wind gusts and 20% humidity.

Check back and refresh this page for the latest information on this developing story. As details unfold, elements of this story may change.

A 15-year-old girl is dead after a pickup truck crashed into her home Sunday evening, White Settlement Police said. The driver was arrested for intoxication manslaughter and assault.