Kandi Stewart is a veteran teacher, this school year has brought something new.

Stewart teaches fifth grade at Spring Garden Elementary School in the Hurst-Euless-Bedford Independent School District. She was sick the last two school years; in and out class as she was treated for breast cancer. 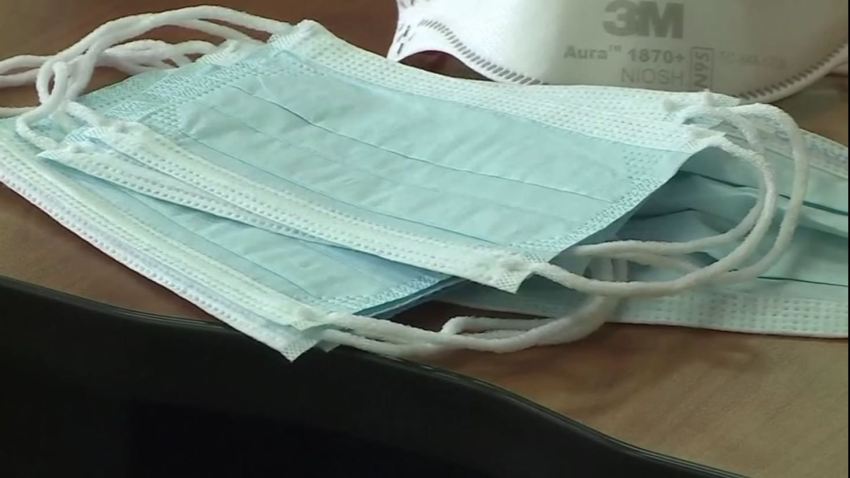 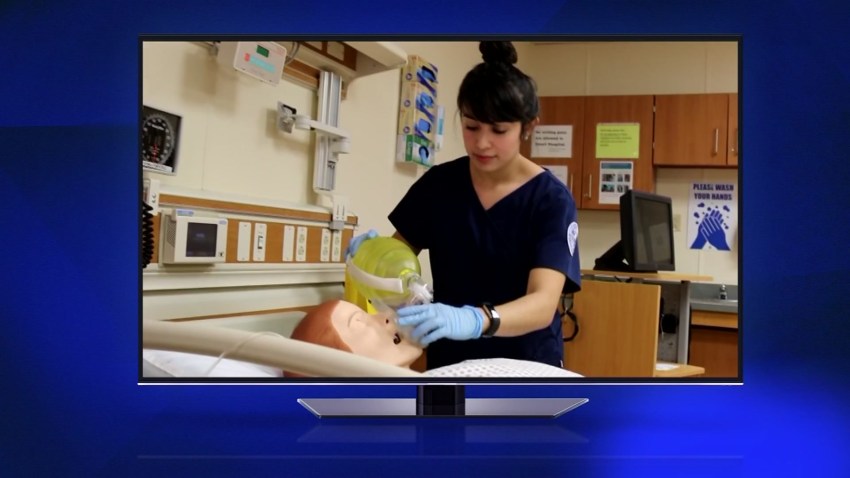 Stewart was 40 years old, married, mother to three daughters and a son as well as a grandmother to two. And then she was also fighting an aggressive cancer that threatened her life.

She remembers Oct. 22, 2014, like it was yesterday. She was at the hairdresser getting ready to spend $180 to style her long, dark hair — she had previously joked that a disease that would potentially leave her bald was surely not her in future — when her doctor called and changed everything.

"I remember being very calm about it," she said. "And she said, 'Do you have any questions?' And I said no.And I wrote everything down, never told my hairdresser anything. I walked out, got in my car, drove all the way home."

Stewart told her husband privately, and they made a plan to tell their children.

One of the daughters took on the job of always telling her mother she looked pretty. Her son was her protector. And, leading the charge was her husband.

"I'm married to a wonderful husband named Jonathan, who was my caretaker. He was my support and my foundation and everything through everything," she described. "He truly was everything I needed and more."

Even with that strong team around her, there were times Stewart had to go it alone; like the sleepless, painful nights after the double mastectomy. TV and Facebook were distractions, making her forget about the pain if only for a few moments.

During one of those nights, Stewart found the words she needed to hear.

When Dallas Cowboys Head Coach Jason Garrett delivered his locker room speeches in the fall of 2014, and urged his players to "Finish the Fight," he unknowingly helped her get through 18 rounds of chemotherapy.

"To get through treatment, I had to have a positive outlook on everything. I had to have mental toughness. I had to set those small goals before I could reach the end goal,” she said. "And ultimately, we began the whole 'finish the fight.' And, that's how I would get through each chemo treatment was by watching his little speeches to finish my fight."

Stewart finished six months of chemotherapy treatment in June 2015, eight months after her diagnosis of breast cancer. The next big date came that August.

"I am in remission, have been in remission since Aug. 3, 2015. And I call that my life day," she said. "When you get told you’re in remission, it's like you get your life back but you have a different perspective."

Stewart survived cancer and mental toughness, small goals and a positive attitude were weapons in her fight to live. And she had the head football coach of America's Team on her side.

"I never would've thought that a locker room speech would have anything to do with that, but it did. It was very inspiring to me and motivated me to do something I didn't really want to do. So, that was very instrumental in my treatment plan," she said. "It became a part of my treatment plan I guess, to watch those (speeches) and to tell myself it would be okay."

A few weeks ago, Stewart, a dedicated Dallas Cowboys fan, celebrated her recovery again with a visit to The Star in Frisco. She was among five women chosen by the Cowboys, the Susan G. Komen Foundation and Ford as 2016 Star Survivors.

That day, her recovery came full circle.  She got the chance to meet Garrett, the man who had encouraged her to finish the fight.

"I remember seeing him walk up and being so excited," she said. "I'd hoped I'd be able to meet him, to shake his hand and to thank him for being part of my journey."

"She was so nice. I met her right out here. She said, 'I have something for you.' She gave me a note. I went back to my office and read the note and said wow," said Garrett. "It made me feel great. So I reached out back out to her that day and actually told her how much I appreciated her writing the note and the sentiments. And, what's amazing about it is she was saying, somehow we inspired her, but it's obvious the flip side is the truth. She inspires us. Women with breast cancer, fighting through that and everything that comes with that is so inspirational to us. So, I really thanked her for her inspiration."

"I really appreciate his motivational speeches in the locker room and that even though he didn't know it, he was motivating me through my cancer journey," Stewart said. "So, that was really an amazing  opportunity for me to meet him, to get to shake his hand, to thank him personally."

Garrett understands the privilege and responsibilities that come with being part of the Dallas Cowboys organization. Winning may be the ultimate goal, but Garrett believes his role as motivator is line one of his job. The words are meant for his players, but he is keenly aware others are listening.

"When I wake up in the morning, that's what I'm thinking about doing, trying to inspire and motivate," he told NBC5. "Sometimes the words that we use get out into the public and if they can inspire people through some of the challenges they have, that's certainly a positive."

Stewart still believes she's in a fight; a fight to put fear of cancer's return at bay; a fight to help other women in their battles. And, as she embraces life with her family, life back in the classroom and life with a new short bob, she does it with a new mantra: the courage to conquer cancer.

"I have to live in the moment. You have to choose to live and I have chosen that."