On Thursday nights, The Dallas Public Library on Young Street becomes a classroom for second chances.

“You know, at Cornbread Hustle what we try to do is match you up in a position of employment that kind of goes along with your personality traits,” said Cheri Garcia while talking with Jesus, one of her students. “One thing is, you probably wouldn’t do great in a sales job.” 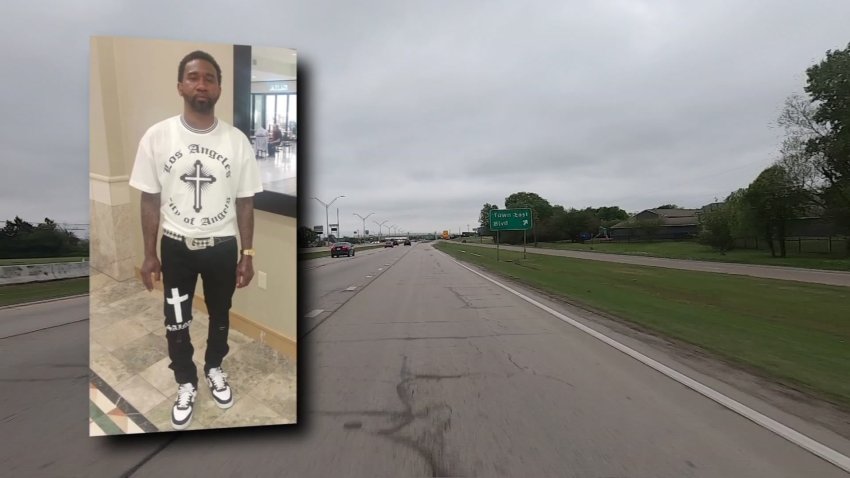 It includes a self-assessment to analyze the students’ natural strengths and weaknesses. They also have successful business leaders as guest speakers and business owners and recruiters come to class to offer jobs and do interviews on the spot—including AbMoving, which set up a table outside of the class to talk to potential employees.

“You know my favorite thing about Paul?” Cheri said. “Is he’s so kind, and he’s so grateful.”

Cheri said gratitude is a common characteristic among this group.

“But they’re also super loyal because you’re that first person that gave them a second chance and they’ll forever be grateful for that,” Garcia said.

That second chance is needed because the majority of her class members have done jail time or faced addiction to drugs or alcohol.

“You know, I just want to change the narrative of what people think of felons and former drug addicts... a lot of us should be a felon, but we just didn’t get caught,” Garcia said.

Cheri is one of them. She said she was addicted to methamphetamines in high school, and sold the drug to pay for her addiction, but she never did jail time.

“I did a year in state jail,” said 24-year-old Claire, who is visited a Cornbread Hustle class for the first time.

She says jail saved her from herself. “I was going down a bad path, but I’ve been clean off heroin for a whole year now,” Claire said as everyone in the room clapped to congratulate her. “Honestly it saved me, it saved me, you know. I could’ve died. I had three friends die while I was in prison from heroin, so it was a big wakeup call.”

Paul recruited Claire to Cornbread Hustle. They met while working together at a call center.

“I guess God put her on my heart to try and help her, you know, and that’s how I feel,” Paul said.

He’s returning the favor, after Cornbread Hustle helped him cultivate his own side-business.

After working during the day at the call center, Paul works at night, out of his shop in Garland.

Paul gives old leather new life, but Paul’s life took a turn when he was 29 years old and had got out of the Navy.

“I was using drugs, I was strung out on methamphetamine, I drank, I was wild, you know,” Paul said.

He said he was partying when he got into a fight over a gun, and it went off.

“I ended up in that motel room that morning with the guy that I’m here that I did time, doing time, still doing time for killing, which I didn’t mean to kill him, but it happened,” Paul said. “You know, I can’t take that back. I wished I could, if I could I would do it in a heartbeat. I would trade my life, just to give him his.”

He spent 30 years in prison and still doesn’t go a day without thinking about the life he took.

“I’ve been punished for it, you know, a million times, but it still doesn’t give the family their loved one back,” Paul said.

Since the cost of a life, can never be repaid, Paul works to help others so they don’t make the same mistakes that he did.

“Anybody on drugs or alcohol that’s abusing that — they’re gonna — something bad is gonna happen to them, you know, and I hate to see that happen to them. I try to help people if I can, you know, not go down that road,” Paul said.

That’s why he helps people like Claire, especially after he found out that she’s an aspiring artist and entrepreneur. He wants to make sure her next step is in the right direction.

To support her, Paul took her to the weekly Cornbread Hustle meeting to support her as an entrepreneur.

It’s a mentor mentality that Paul witnessed from Cheri.

“She’s motivated, and it helps inspire and motivate me, you know, to see well, if Cheri can do that I can do that, you know,” Paul said.

For Cheri, she doesn’t glorify her choice to once do and sell drugs.

“I could’ve went the rest of my life and never told a soul that I was addicted to drugs,” Cheri said. “Especially something as harsh as methamphetamines. It’s definitely not glorifying, it’s not something I’m proud of,” Cheri said.

But she’s sharing her past in an effort to change people’s perspectives on what we perceive the face of a felon to look like, and to help her Cornbread Hustle class members to get the second chance that she believes they deserve.