Conflict Resolution, a Topic of Discussion Behind Recent String of Violent Crimes

Dallas Cred, a group made up of eight people, is working step-by-step to help people in troubled areas deal with disputes without violence

A number of shootings took place across the nation over Easter weekend, including in South Carolina and Pittsburgh where two teenagers were killed. That doesn't account for the other violent acts of crime that went unreported. Police have said preliminary investigations show people used guns to resolve issues in those large profiled cases, a problem Dallas Police said is also happening in North Texas.

"With many of our murders, for example, these aren’t random acts of violence, a lot of it is conflict resolution," said Dallas Police Chief Eddie Garcia after last Monday's Public Safety Committee meeting at City Hall.

The numbers showed while the overall crime was down, murders and robberies of businesses were up this year.

Within the past two months, there were two mass shootings. In each incident, two people were killed and a number of others injured.

"The definition of mass shooting has changed in the eyes of many people, not in the eyes of everyone," said James Alan Fox, a criminologist at Northeastern University in Boston. "Historically a mass shooting is four or more people killed by gunfire, in 2013 the Gun Violence Achieve and a few others decided there's nothing in the word 'mass shooting' that says they have to die,' so they decided let's just look at cases of four or more shot no matter whether they die or not."

"So it's important that we keep that distinction in mind," explained Fox, who said it can impact tracking numbers. 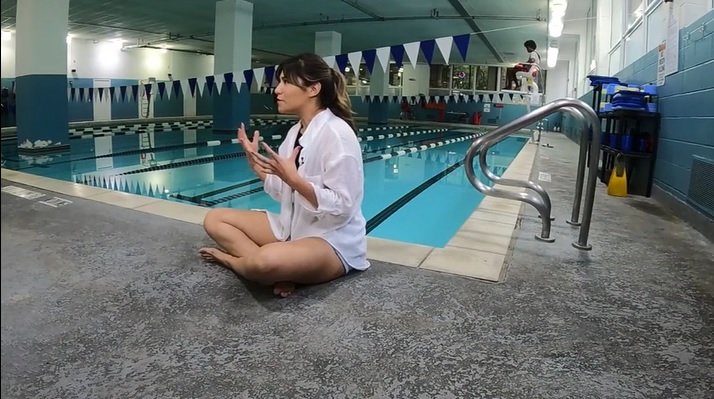 "I think there’s a tremendous amount of fear and panic. A survey last year found that 25% of Americans believed those mass shootings were responsible for more gun deaths than any other kind of event, which is absolutely not true. Over a third of Americans said they avoid places because they’re concerned of being the victim of a mass shooting, most mass shootings no matter how you define them, are not random," said Fox.

"Mass shootings may be the tip of the iceberg that gets all the attention in the media but we need to do something about the daily carnage that occurs in our streets," said Fox.

Finding solutions is something the members of Dallas Cred are working toward. Dallas Cred is a group of eight people who don't carry weapons but wear their hearts on their orange sleeves and use that as their armor.

"You got to love this work, you got to love the people, I'm here all around trying to figure out solutions," said Marcus Estell, a member of Dallas Cred known as 'Big Milk' in the neighborhood.

Estell, a former gang member who did time for mistakes he made in the past, is from Dallas and lives in a neighborhood where crime is an issue.

Monday afternoon the other members of Dallas Cred walked around in Southeast Dallas speaking with people about what they were doing.

"We got to get active, our voices got to be heard, we're boots to the ground," he explained. "I did a peace rally that brought Crips and Bloods together on Dixon Avenue alright, and that calmed some resolutions and some beef down."

Estell and other members in the group recognize that too many people are pickup up guns to resolve issues that don't warrant violence.

"Somebody has to say the thugs out there, 'Listen homie, the word is accountability.' If you're in the streets, hold the homie accountable, ‘Hey man, let’s leave the gun at home today,' You know what I mean? If somebody is mean mugging you, 'Hey man let’s walk the other way today,' Let’s hold each other accountable. We got to say because, 'If you pull that trigger, you got to understand that’s 5 - 99 to life homie, you know what I’m saying? When you kill somebody, know that you’re cashing your life in as well,'" expressed Estell.

He said the truth of the matter is they have to be the ones on the ground trying to turn things around. With summer approaching, which is known to come with more crime, he said they're doing their best to reach out to youth between the ages of 14 and 24.

"We need more people from the neighborhood in these communities to get active," he said.

Over the weekend nationally there were a number of mass shootings that left people injured and dead. In majority of those crimes, early investigations show they were not random, rather disputes between people and groups.