Dozens in Colorado accused of trafficking pot outside state

A mammoth marijuana trafficking ring that pretended to be growing weed for sick people was instead illegally shipping the drug to a half-dozen other states and bilking investors, including former NFL players, Colorado officials announced Wednesday.

A Denver grand jury indicted 62 people and 12 businesses in the case that involved federal and state agents executing nearly 150 search warrants at 33 homes and 18 warehouses and storage units in the Denver area.

"The black market for marijuana has not gone away since recreational marijuana was legalized in our state, and in fact continues to flourish," state Attorney General Cynthia Coffman said in a statement. 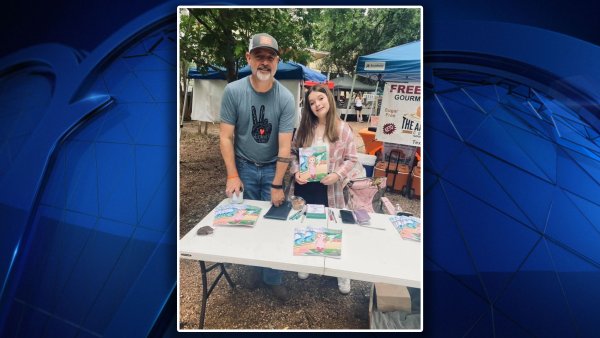 something good 8 mins ago

1 Killed in Overnight Crash on SH-183 in Euless: Police

It says the enterprise produced more than 100 pounds of illegal pot each month for shipment to Kansas, Texas, Nebraska, Ohio, Oklahoma and other states.

The defendants were charged with 31 felony counts of money-laundering, tax evasion and other financial crimes. Most are now under arrest awaiting trial dates in Denver District Court.

Prosecutors say that one of the conspirators, Connor Brooks, duped friends, including two former pro football players, into investing in his scheme.

Brooks got money from Erik Pears, a free agent most recently with the San Francisco 49ers, and Joel Dreessen, a former Denver Broncos tight end, the indictment says.

Neither football player is accused of a crime, and the indictment does not say how much the two invested in what they thought was a legal marijuana business. Other investors gave money, too, the indictment said.

"These individuals each provided tens of thousands of dollars to Connor Brooks to fund an allegedly legal grow operation, and they did not receive any of their invested funds back from Connor Brooks as promised," the indictment said.

It was not immediately clear if Brooks or any other defendants had an attorney.

Some held partial ownership in a suburban Denver store that sells marijuana growing supplies, which the indictment says allowed them to have ready access to nutrients, pesticides and other supplies. The name of that store was not listed.

The U.S. Drug Enforcement Administration, along with the Kansas State Patrol and Nebraska State Patrol, participated in the investigation.

"Since 2014 there has been an influx of these organized criminal groups to Colorado for the sole purpose of producing marijuana to sell in other states," said Barbra Roach, special agent in charge of the DEA's Denver Field Division.

In a statement, Roach said "the marijuana black market has increased exponentially since state legalization."

The indictment was returned June 9 and announced Wednesday by Coffman.