In one case, surveillance video caught the thief in action. (Photo above.)

"I just thought it was teenage boys playing around," said Ashley Starnes. 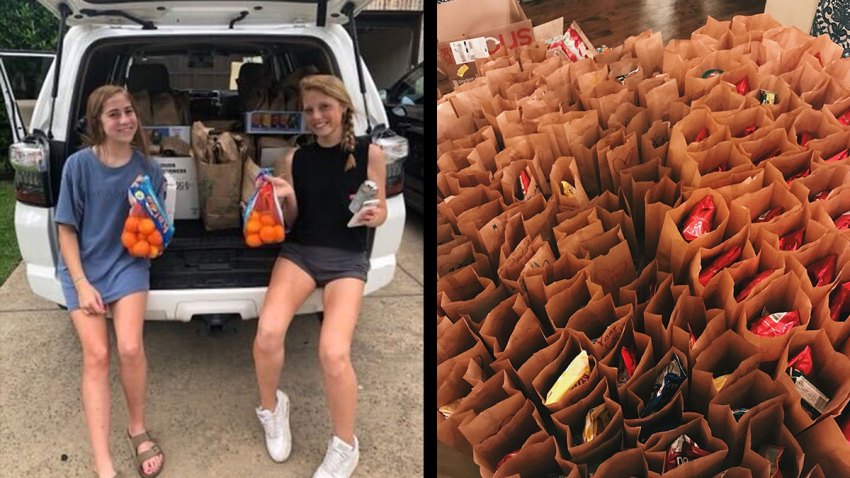 But then her husband reviewed their surveillance video and couldn't believe his eyes.

The "Grinch" was a grown woman. She is seen on the video approaching the front door, ripping off the wreath and walking away.

But before she left in a red, four-door pickup, she snatched a row of Christmas lights from the family's driveway.

Jon Starnes summed up his reaction as "shock, absolute shock."

"[I] just couldn't believe it -- that a grown individual would do something like that," he said. "It's so petty."

Then, surveillance video appeared to show the same woman returning one week later at about 4 a.m. and stealing another row of lights.

"I was mad at first, but Merry Christmas," Ashley Starnes said. "I guess she needs it more than I do."

"It's funny because it's unusual," Parker County Sheriff Lt. Mark Arnett said. "But the bottom line is, people could die over this."

Arnett said he fears would might happen late at night if a startled homeowner with a weapon confronts the thief.

The Starnes said they have had enough and removed their remaining decorations to avoid getting victimized a third time.

Investigators are asking for help in identifying the person caught on video. Anyone with information as to the person's identity is asked to call the Parker County Sheriff's Department at 817-594-8845 or Crime Stoppers at 817-599-5555.