Nicholas Taylor sat at home Friday learning over Zoom, that wasn't always the case. A few weeks back he was at Lee Elementary School in Irving, until one morning, he started feeling bad.

"I sat in class for like an hour and started to get worse. So I told the teacher my throat was hurting," said Nicholas.

He said he asked to go to the school nurse but that his teacher wouldn't let him go for hours. 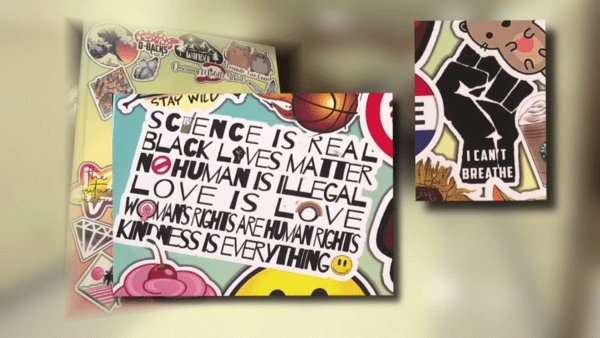 "We were getting ready to go to lunch and I asked her again and she said, 'After lunch," he told us.

But then he got in trouble for having a Rubik's Cube in class and his request to see the nurse was denied again.

When he got home, his mom said she instantly saw something was wrong.

A doctor's visit and test result later confirmed Nicholas had COVID-19. He had been sitting in his class all day.

"Why would you deny access to the nurse behind a Rubik's Cube?" questioned his mother TeAndrea Taylor.

In a statement they said, in part, "The actions of one individual do not represent the thousands of other Irving ISD educators who come to work each day and follow protocols. The district apologizes profusely"

The incident highlights the immense pressure teachers are under during the pandemic trying to determine which kids are really sick and which ones are looking for a break from class.

"He's not a problem child. He does his work," said TeAndrea. "He plays too much, that's my child, I know that."

Nicholas's mom said the district met with her and heard her story, but she still has trouble understanding how something like this could happen in the first place.

Irving ISD said they did contract tracing in the classroom and no other students tested positive.

The district can't discuss disciplinary actions against an employee but said the issue has been addressed appropriately.