Funding kept Frisco from opening one for several years

Students in Frisco are taking part in the district's first-ever course on military preparedness.

It's not Reserve Officers Training Corps, the district applied for several years to open one, but the military turned them down, year after year not having the money to pay for new ROTC programs.

The district will transport students from schools to participate but many have been transferring to Lebanon Trail High School to more fully be a part of it. 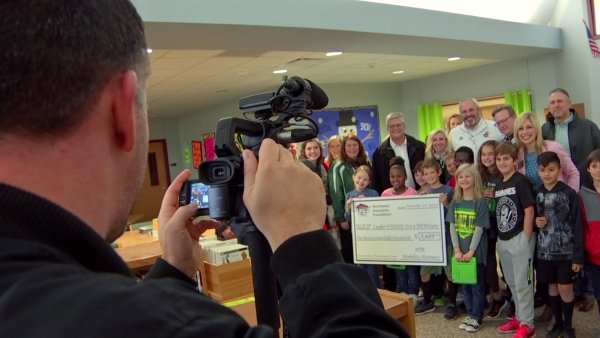 Teachers Too Busy With Basics to Apply for Innovative Learning Grants

"Really just being a better citizen, or mom or dad trying to get a little more discipline out of you, 'hey I want you to be a little more organized or clean,' whatever the takeaways are, hopefully by the end of the year they've reached all those milestones," said NNDCC Instructor Major Gary Billings.

Always knowing this was her future. Emma Ward actually switched schools to Lebanon Trail High school, the only one in the district to offer the program. As much as she craved it, she says it's a sacrifice as she's a girl with some style.

"I'm only supposed to be wearing two rings on each hand, I have three... shhh!  You can only wear your makeup a certain way, hair has to be a certain way, it's strict," Ward said.

Students who had families served or who are considering careers in law enforcement consider this as a first step. Many of them said it has broken stereotypes about crazy exercises, and being yelled at all day.

"I expected something a lot different," said Wyatt Woods, student. "You see all the drill sergeants being mean and stuff but Major Billings is not mean at all."

The students don't have uniforms just yet, but they're on the way. As the first ROTC-like program gets off the ground in Frisco.