A group of parents in Southlake is demanding change when it comes to diversity and inclusion in the district’s schools. The parents group CREED (Cultural and Racial Equity for Every Dragon) issued a demand letter on Friday through Senator Royce West’s Law office to the Carroll Independent School District demanding the adoption and implementation of the Carroll ISD Cultural Competence Action Plan ("CCAP") or another mutually acceptable Diversity, Equity, and Inclusion Plan immediately.

The move comes after the district has been under scrutiny for allegations of racial abuse and harassment in Southlake schools.

CREED group leaders say that Southlake city leaders have not acted quickly enough to help marginalized students. In 2018, the district received national attention when a video of Southlake students making racial slurs went viral. Since then, parents of minority students have been urging the district to implement a plan to combat racism. 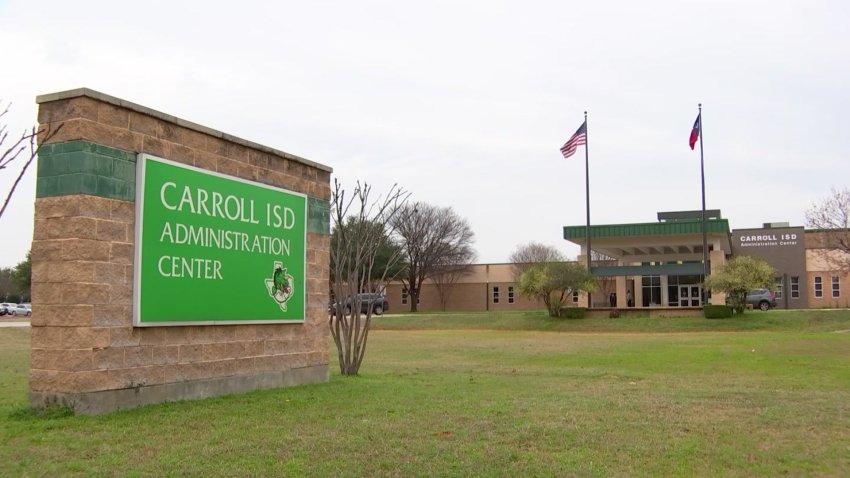 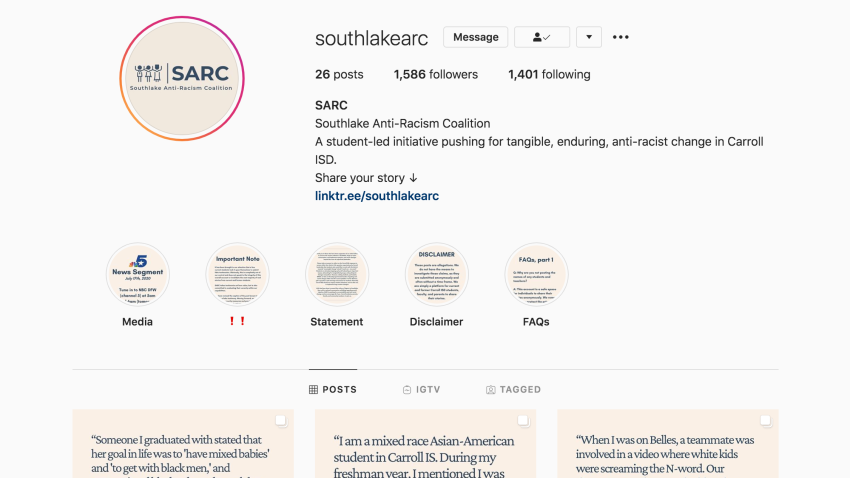 But a parent who opposes the diversity plan sued the school district and secured a temporary restraining order. Because the matter is currently in mediation, Carroll ISD said it cannot discuss the matter at this time but responded with the following statement below:

Carroll ISD is in receipt of correspondence from West & Associates. While the lawsuit is not the focus of the letter, the concerns relate to pending legal action against the District. Because the parties plan to participate in a mediation soon to see if we can bridge the gap in the parties’ positions and resolve our differences, we decline to discuss the matter at this time.
However, at Carroll ISD, we believe that academic excellence depends not only on a diverse body of students, families, and staff but, of equal importance, affirming and engaging the perspectives and backgrounds within our Dragon community. Carroll ISD has to be able to discuss and address diversity issues and action plans, and the Temporary Restraining Order currently in place hinders this work. We are hopeful our efforts in mediation will allow us to have an open discussion about how to move forward. And, at the end of the day, the only way we move forward is together.

Many Southlake graduates say the problem of racism inside of the classrooms in Southlake has been a problem for years.

“We have had hundreds of testimonies come out, experiences of discrimination, of harassment, experiences of hate and violence against our students,” said Carroll ISD graduate Garrett Dedraffenreid. “And our administration has failed to take adequate action against that abuse.”

On Friday Senator Royce West said the group has contacted the Department of Justice but hopes to resolve the issues amicably. CREED members say they won’t stop until the district adopts a diversity and inclusion plan that supports every student.

“What we’re doing today is putting in place a blueprint that we’re asking everyone to follow, constitutionally and legislatively, so that we’re obligated to provide a safe environment for all students and to make sure they’re educated,” said Senator West.