In it, the suspect, who remains on the run, is clearly seen forcing Galla into her own car's trunk.

Galla said she had just gotten out of work that night and had gone to the ATM at a Wells Fargo bank in the 2000 block of North Collins Street in Arlington when a man walked up to her at about 1:45 a.m. 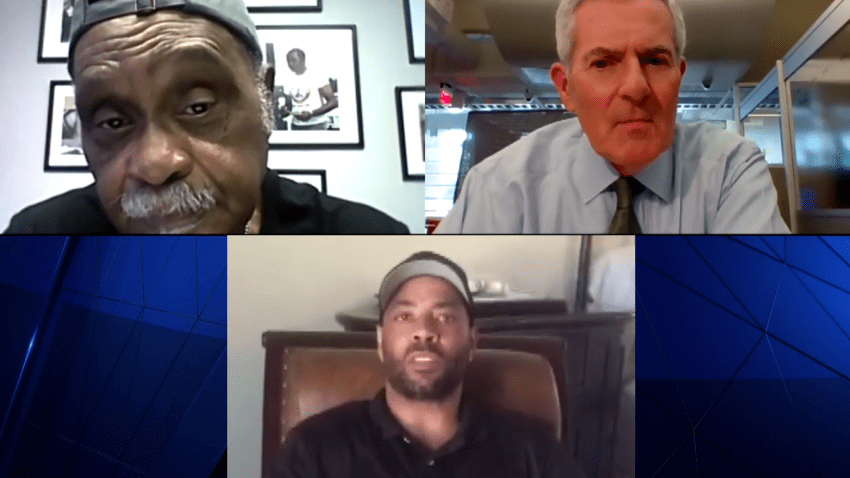 At first she thought he was asking for money, but then he pulled out a gun.

Galla said she initially didn't believe what was happening as she lay inside the trunk. Police said the robber drove from Arlington to the Mid Cities, where Galla was finally able to escape and call for help from a gas station.

On Thursday night, for the first time since the attack, Galla returned to the scene of the crime.

“It's a little unnerving,” she said. “I haven’t gotten to the point where I can come back here and relax.”

She said she feels comfortable driving, but for some reason can’t get herself to put anything in her trunk.

“I don’t have anything in my trunk. I just don’t. It’s all in my backseat, so I'm not putting anything back there,” she explained. “I look at it and it just freaks me out.”

Detectives were able to obtain very clear images of the suspect from bank surveillance cameras.

They’re hoping someone will recognize the man and call police.

Police described the man suspected of kidnapping the woman as black, in his 20s and about 5 feet 6 inches tall. He was wearing a gray hooded jacket and jeans.

Galla said she hoped more people would see the video of her attacker, so that police can catch him. She also hopes to regain a sense of security.

“Every time I get to a stop sign or stop light, I always have to look three times and have my foot ready to press on the gas,” she said.

Anyone with information about this incident is asked to call Arlington Police Robbery Detective Jeff Holloway at 817-459-5739 or Crime Stoppers at 817-469-TIPS (8477). Tipsters have the option to remain anonymous using Crime Stoppers and can be eligible for a reward up to $1,000.