A Burleson man who allegedly appeared in a photo smoking a cigarette during the Jan. 6 attack on the U.S. Capitol and was wearing a shirt that said 'Murder the Media" was arrested by the FBI Tuesday.

Nicholas DeCarlo, 30, faces charges of obstructing an official proceeding, entering a restricted building, and parading or demonstrating on Capitol grounds.

According to a criminal complaint obtained Tuesday by NBC 5 (read below), both DeCarlo and Ochs appeared in multiple photos allegedly showing them smoking inside the halls of the U.S. Capitol on Jan. 6. One of the captions posted on social media read, "Hello from the Capital LOL," the FBI said.

Investigators said DeCarlo was identified in a series of photographs with Nicholas Ochs, a reputed leader of the Proud Boys from Hawaii. 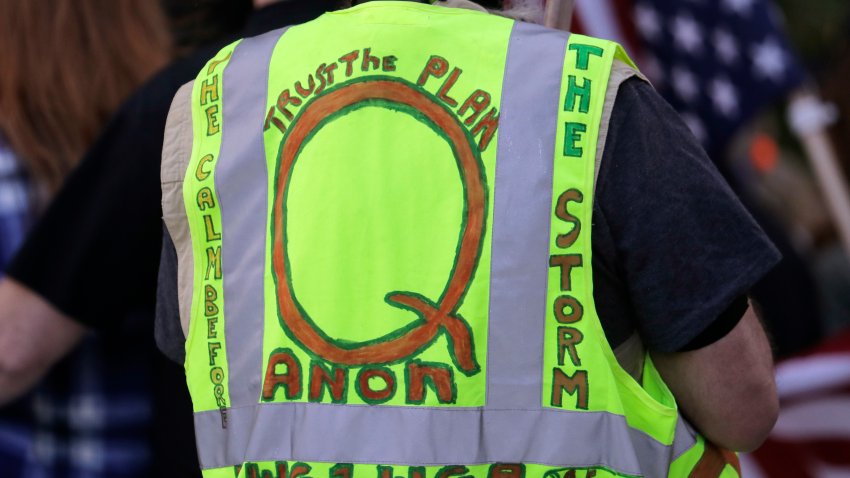 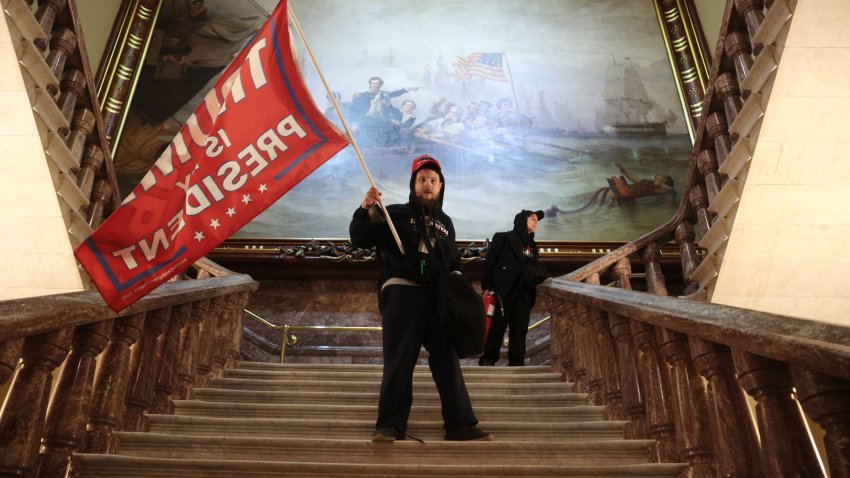 Investigators said DeCarlo purported to be an employee of "MT Media News," which stands for Murder the Media News. In a separate photo posted on social media, and entered as evidence in the criminal complaint, DeCarlo was seen in another photo standing with Ochs in front of a door inside the Capitol where the words “Murder the Media" had been apparently scratched into the wood. DeCarlo is seen in the photograph wearing an "MT Media" T-shirt and hat, the FBI said.

The FBI also shared a picture of Ochs and DeCarlo, taken outside of the U.S. Capitol with Jacob Chansley, the man known for wearing a horned hat and carrying a spear into the Capitol, that had been watermarked "MT Media."

Investigators said DeCarlo and Ochs also appeared to be wearing the same clothes in a video posted to YouTube titled “BlackVill’d: Twas the Night Before REVOLUTION!!!!,” according to court documents. 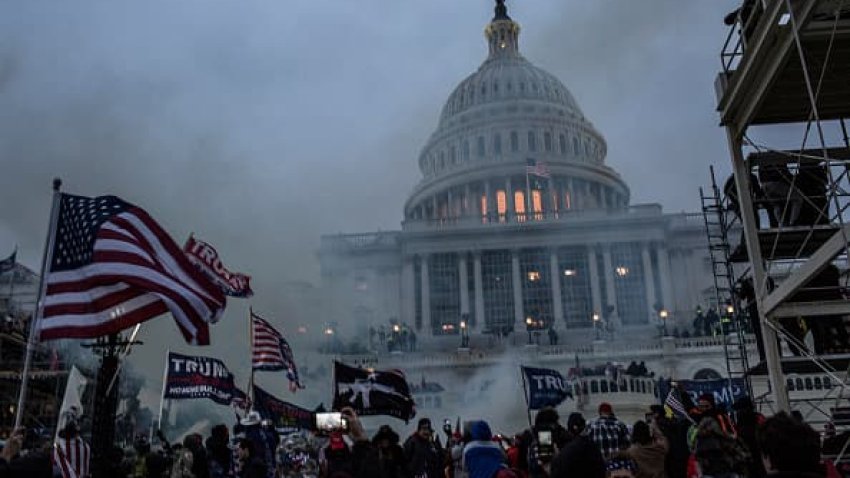 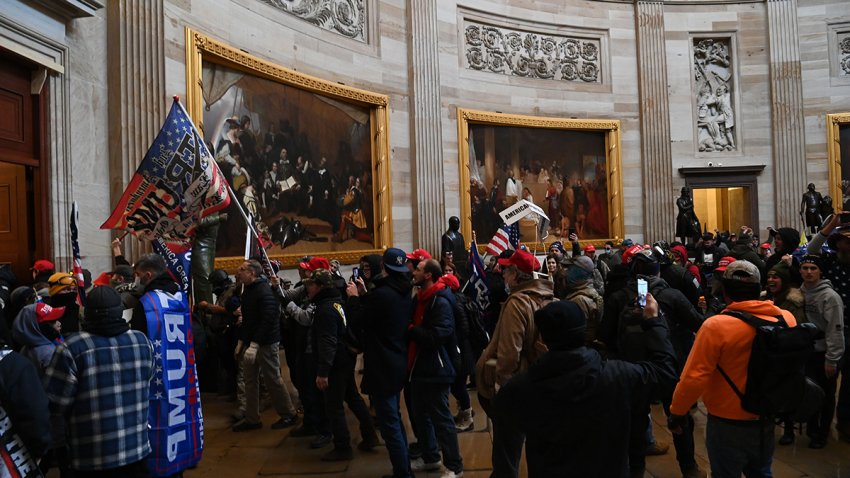 ‘THIS IS ME': Rioters Flaunt Involvement in Capitol Siege

The FBI said after they left the Capitol, Ochs posted a video on Telegram that was then posted on Twitter by the Evidence-Based Cybersecurity Research Group, that appears to show both DeCarlo and Ochs walking down a residential sidewalk. In the video, Ochs told his viewers, "we have just, uh, peeked through this window, and on the television, the headline reads that Congress stopped the vote when we stormed the Capitol. And, as we've been saying all day, we came here to stop the steal." In the video, DeCarlo reiterates "that's what I came down here to do. We f***ing did it ... we did our job, we did our job."

In an interview with the Los Angeles Times, DeCarlo admitted he went inside the Capitol but claimed he was a journalist. The FBI said he was not listed as a credentialed reporter with either the U.S. House or U.S. Senate press galleries.

Ochs has also been arrested, the FBI said.