The overdue nature of Baylor University's efforts to honor Vivienne Malone-Mayes, the school's first black professor, was not lost on the attendees of a ceremony recognizing her legacy as a scholar, civic leader and civil rights activist.

The Waco Tribune-Herald reports an overflow crowd of some 100 people packed the third-floor lobby of the Sid Richardson Building at Baylor on Tuesday as the institution that denied Malone-Mayes admission as a graduate student in 1961 because of her race acknowledged her achievements and unveiled a bust of her. 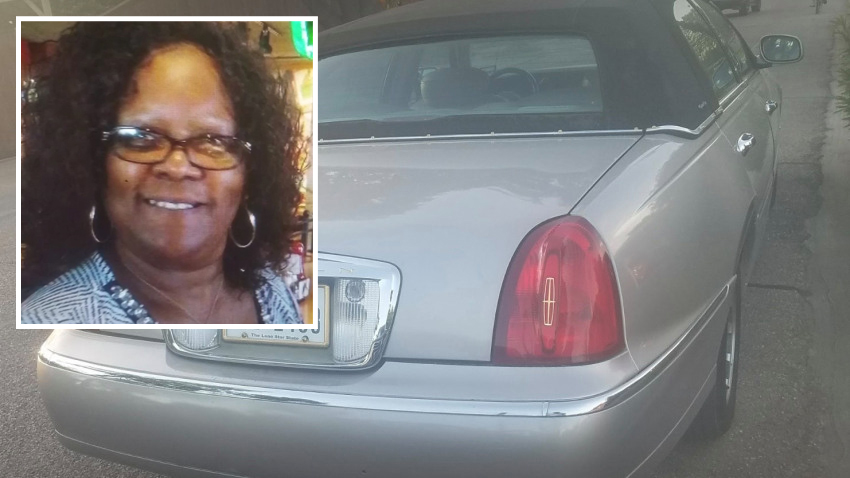 Fort Worth 56 seconds ago

Body Found Inside Car Identified as Missing Fort Worth Grandmother

"For years, people have asked me, `What has Baylor done to honor your mom?' " Malone-Mayes' daughter, Patsyanne Wheeler, said. "And because she had a humble spirit, I would always say, `Oh, they've been pretty good to her.'

"But now, I can truly say that Baylor University has stepped up, showed out and made us proud."

The 50-pound, 2-foot bust will be displayed at the lobby in a clear case next to an educational display about her life. A Waco native and A.J. Moore High School graduate, Malone-Mayes earned her doctorate degree from the University of Texas at Austin after Baylor denied her admission into graduate courses.

Baylor President Linda Livingstone said such ceremonies remind the university it has "a long way to go" in its pursuit of a more inclusive campus. Malone-Mayes was more than just a titan of her field, Livingstone said.

"More than the things that she did, was the person that she was and the values that she represented," Livingstone said. "I'm especially touched by her bravery and her courage through extremely challenging times to stand up for what she believed in, to do it with pride and grace, and to really stand up for justice in the midst of extreme persecution at not an easy time to do that."

Robert Darden, a Baylor journalism professor and former Waco Tribune-Herald reporter, was a driving force behind the ceremony. After he saw Malone-Mayes' gravesite at Greenwood Cemetery vandalized in 2017, Darden sparked campuswide discussions about how she could be recognized by the university more than two decades after her death in 1995.

He said the best way to honor her legacy would be for Baylor to better commit to hiring diverse faculty members and administrators. Less than 7 percent of Baylor's faculty is African-American, he said.

"We call ourselves a Christian school, and I believe, everybody believes, it works toward that goal," Darden said. "But we have to be better than the world in this. We have to be better. And if they call us hypocrites, it's our own fault. But we have got to do better."

He said he remembers seeing Malone-Mayes on campus during his freshman year and at a football game that year.

"She was most alone person I'd ever seen in my life," Darden said.

Malone-Mayes' death came two days before the death of former Baylor President Abner McCall, according to the university. Darden said their funerals were held at the same time, and most of the Baylor community attended McCall's.

Also in attendance at Tuesday's ceremony was Edray Goins, a math professor at Pomona College in Claremont, California, and president of the National Association of Mathematicians, an organization Malone-Mayes helped start as a resource to minorities in the field.

Goins was recently profiled in The New York Times in an article that noted less than 1 percent of doctorate degrees are awarded to African-Americans.

"It can be debilitating, and it can cause you to question your own worth, but Dr. Malone persisted," Goins said Tuesday.

He told the story of Malone-Mayes being denied a seat in classes and study sessions at UT taught by Robert Lee Moore, a mathematician who discriminated against Jewish people, black people and women.

"My mathematical isolation is complete," Goins recounted Malone-Mayes saying in 1975.

Lance Littlejohn, chairman of Baylor's math department, thanked Malone-Mayes' family and supporters throughout the ceremony and said he is relieved to see her legacy properly, and finally, recognized.