Attorney says an extensive amount of evidence exists to support the claim that the accused shooter was bullied prior to Oct. 6

During a news conference on Monday afternoon, an attorney representing the family of a student charged in a shooting earlier this month that injured three people including a teacher and two students refuted statements that bullying did not lead to the shooting.

Kim Cole said statements made last week by Arlington Chief of Police Al Jones that bullying was not a factor in the shooting that occurred at Timberview High School did not match evidence she says attorneys representing Timothy Simpkins have found.

Jones said last week during a public meeting on school safety that the department found no evidence supporting claims by Simpkins' family that he had been bullied.

"This was not a bullying incident and I just want to take that narrative out of the equation," Jones said. "I also want to say with certainty that Mr. Simpkins was involved in high-risk activity," said Jones.

Cole, joined by criminal defense attorneys Marq Clayton and Lisa Pamplin, said there is evidence of pervasive bullying at Timberview High School including by a 15-year old student who was critically injured in the Oct. 6 shooting.

The attorneys said evidence of bullying existed in text messages, videos, emails, and social media posts, though they declined to elaborate further to preserve the evidence for trial.

Clayton urged police and other officials to refrain from making statements like the one made by the chief during an active criminal investigation.

"Blanket statements without having all the facts are unfairly prejudicial," Clayton said. "It is impossible for anyone to know all that precipitated the incident."

When asked about the chief's claim that Simpkins was involved in high-risk activity, Cole said Simpkins was sitting in class doing school work when he was attacked and that there was nothing high risk about that.

A spokesperson said Jones was expressing that investigators have found no evidence to suggest that bullying played any role in the shooting.

"Based on our investigation, we do believe Mr. Simpkins was involved in high-risk activity -- and it was directly because of that high-risk activity that the fight broke out that morning with the victim," an Arlington police spokesperson said.

Police said high-risk activity can include drug, gang, trafficking and gambling activity, but won’t get into specifics on which, if any, are applicable in Simpkins' case citing an ongoing investigation.

Clayton said defense attorneys would be seeking a gag order once the case is filed. 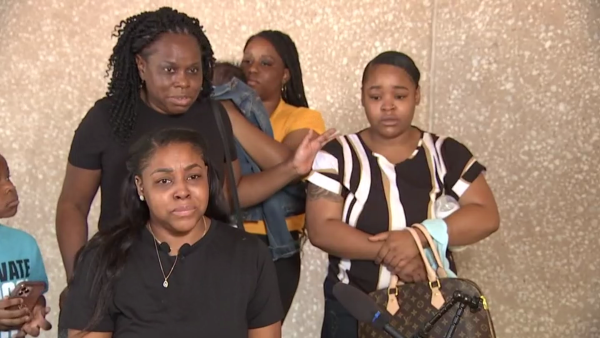 Witnesses told police that as a fight between Simpkins and another student was broken up, Simpkins walked over to a backpack, pulled out a firearm and opened fire.

The injured student was released from the hospital last week after he underwent several surgeries. His family spoke with NBC 5 the day after the shooting and said he has falsely been portrayed as a bully who incited the shooting.

The day after the shooting Simpkins' family insisted he was the victim of bullying for having "nice things" and that he was simply trying to protect himself.

The family claimed several incidents were reported to school officials and nothing was ever done about them. When asked for documented proof of their claims, Simpkins’ grandmother told NBC 5, "No comment."

Cole said Monday that, in her experience, school districts don't often keep records of bullying, though they should.

Mansfield ISD on Monday responded and said the safety and security of students and staff remained its top priority.

"Every report that we receive of a potential bullying situation is thoroughly investigated and goes through the proper processes in order to assess and determine the appropriate consequence," a spokesperson said. "Each reported incident is also documented accordingly."

Simpkins is charged with three counts of aggravated assault with a deadly weapon in connection with the shooting. He posted a $75,000 bond and was released from the Tarrant County Jail on Oct. 8.

Since the shooting Simpkins is not allowed on campus. His attorneys said Monday he is in the process of registering to continue his high school education online.