Construction workers said they called police after they found the little girl crying and banging on the window inside the stolen vehicle about three miles from where she disappeared.

A 3-year-old girl who was in a car when it was stolen outside a convenience store in the Red Bird area of Dallas has been found safe, police confirmed Wednesday morning.

According to police, 3-year-old Chasity Collins was in a white 2009 Lincoln 4-door MKZ sedan with Texas license plate JJT5997 when it was stolen outside a 7-Eleven in the 2400 block of West Ledbetter Drive shortly after midnight Wednesday. Police said the child's mother left the car unattended with its engine running while inside the store before it was stolen.

Police said the girl was found safe by officers in the 1100 block of Mountain Lake Road, about three miles from where she was taken.

A 3-year-old girl who was in a car when it was stolen outside a convenience store in the Red Bird area of Dallas has been found safe, NBC 5’s Ben Russell confirmed with police Wednesday morning.

Construction workers at the corner of Polk Street and Mountain Lake Rd., said they found the little girl while repairing the road.

He and his brother, Rejinaldo, ran over to the car.

"She was crying and she was banging on the window trying to get out, so I called 911 right away when I didn't see anyone there. I walked around and opened the door and she hoped out she was wearing diapers and a shirt," said Rejinaldo. "Whenever I was on the phone with the police department, my brother was like, 'Oh my God that’s the Amber Alert that we got this morning.”

Rejinaldo said they stayed with the girl until police and paramedics arrived shortly after.

"We just tried to calm her down, gave her water and just kept telling her mommy will be here and she calmed down right after that," Reijnaldo said.

Investigators with the crime scene unit collected evidence from the car.

Officers also collected surveillance video from a home directly across the street from where the car was parked.

Perpendicular from the street, one neighbor said one of her camera's captured the driver of the stolen car drive into the neighborhood and park. The angle of the camera didn't show where the driver went.

"I couldn't believe that person left the child in the car for a long time ever since midnight and she was right here in the street next to our house," Maria Lorenzo said.

"I didn't expect this this morning, but it feels good to save child's life. I have a little girl of my own, same age, 2 years old," said Huerta.

Dallas Police said the three-year-old was taken to Children's Medical Center for evaluation and is in good condition with no signs of injury. Child Protective Services was also notified.

Investigators said the investigation remains on-going and being investigated by Youth Operations.

Anyone with information about the person accused of stealing the car is asked to call detective DaShaud Young #10884 at 214-336 1878 or deshaud.young@dallascityhall.com.

A regional and statewide Amber Alert was requested through the Texas Department of Public Safety, police said. It was canceled before 11 a.m. on Wednesday after the girl was located. 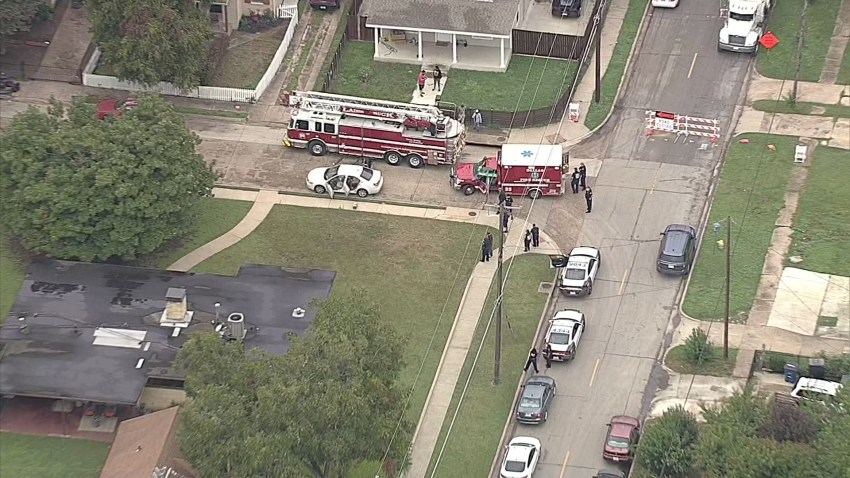