Mother says baby was taken after fighting off sexual assault

A $10,000 reward is being offered for information leading to the safe return of a missing 9-month-old girl.

An Amber Alert was issued for Daisja Weaver on Wednesday.  Her mother, Tamiria Creath, told Dallas police that the child was taken at about 11:30 Tuesday evening after she fought off a sexual assault in her home at the Oak Run Apartments.

Nearly 12 hours after the attack, an Amber Alert was issued. Police initially launched a full-scale search on foot and by helicopter, but they have not located the child. The child's mother was taken to the hospital for minor injuries Tuesday night and was later released.

Weaver pleaded for the safe return of her child Wednesday evening.

"Please, just bring me my baby back," she said, sobbing.

The child is black with black hair, brown eyes and weighs approximately 20 pounds. Family members told NBCDFW that the baby, who was born premature, is physically challenged.

"Please help us, because the police officers are not here to help us," Creath said. "They are not letting us know what is going on."

The Dallas Police Department said they did not issue an Amber Alert initially because the missing child did not meet the department's criteria for issuing an Amber Alert.  They didn't explain their reasoning further. 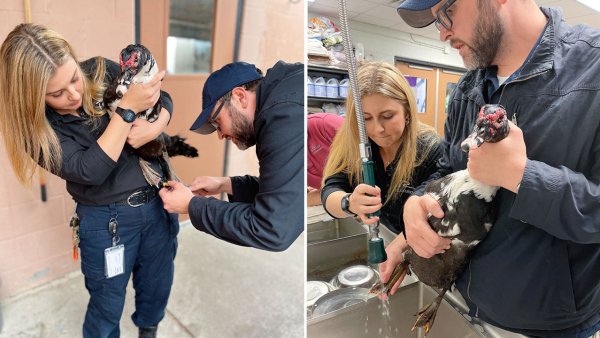 Early Wednesday morning, the woman and her husband were being questioned by police who said some elements of the story had changed.

Investigators are now working to sort out the facts in the case while continuing to search for the missing girl.

Schepps Dairy is offering the $10,000 reward.  If it is determined the Daisja is the victim of foul play, the same $10,000 will be paid for information leading to the arrest and indictment of the person(s) responsible.

Anyone with information is asked to call the Dallas Police Department at 214-671-4268.