As students take the State of Texas Assessment of Academic Readiness, or STAAR, tests this spring, they are part of a program that is on-track to cost Texas taxpayers almost half a billion dollars over five years.

An NBC 5 investigation looking at STAAR testing budget documents and receipts reveals millions of testing dollars are spent on meetings, travel and consultants who charge the state as much as $5,300 for three days of work.

The Texas Education Agency has a five-year contract worth roughly $90 million per year with Pearson Education -- a London based education Services Company that helps write, distribute and grade the STAAR tests. 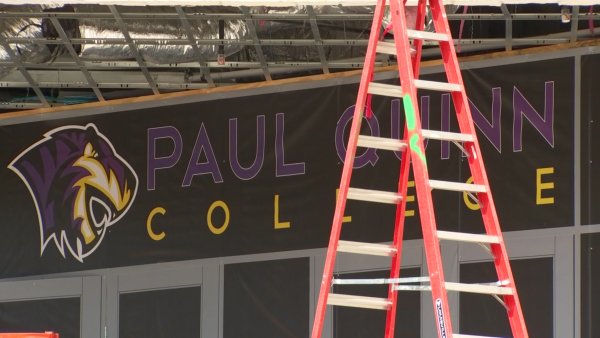 NBC 5 Investigates filed an open records request to review documents and see exactly how the money is spent.

In response, the TEA provided a general budget and listed items like "graphic design and art” for $1 million and software "system set-up and configuration" for $1.6 million. Records show more than $1.5 million was spent on "educator travel and meetings" in just one year of the contract.

NBC 5 Investigates took the travel and meetings line item, and filed another open records request asking for a more details of how much each meeting, or trip, cost Texas taxpayers.

In their response, the TEA initially said there were "no documents found" that could answer the request.

Gloria Zyskowski, who manages the STAAR testing program for the TEA, explained that the state contract requires Pearson to keep receipts in case the TEA wants to see them.  But the TEA had never asked to see the actual receipts that account for more than $1.5 million in travel expenses.

“We don't have the capacity here to keep all of those receipts. We don't have somebody who -- the reimbursement is done through Pearson.  If I wanted to see them, I could certainly see them,” said Zyskowski.

Former Texas Board of Education member George Clayton believes taxpayers should be able to see, in detail, how $90 million are spent.

"That is a huge number. It's astronomical," said Clayton. “Follow the money and you'll finally come to the truth. Well, it's very difficult to follow the money sometimes."

During an interview with NBC 5, Zyskowski agreed that taxpayers should be able to see the travel receipts.

“Certainly. We live in an open records environment, so yes, they can see them,” Zyskowski said.

Remember, though, when NBC 5 Investigates first asked the TEA for those records the agency said there were "no documents found.”

During the interview, Zyskowski agreed that the TEA would request that Pearson release the information previously denied. Pearson quickly offered to release a database that showed exactly how much each meeting cost and the state went back to Pearson asking them to give us the actual travel receipts.

“I think last year we brought in just over 2,000 educators to attend around 130 different meetings,” said Zyskowski.

The receipts show most of the meetings bring Texas teachers to Austin to help develop test questions for the STAAR tests.  Some three-day meetings include up to 20 teachers and cost as much as $19,000 each.

The most expensive meeting was a two-day event for 12 people that cost $57,000. That particular meeting involved out-of-state consultants, mostly college professors, who sit on a technical advisory committee. In addition to travel expenses, those consultants are being paid as much as $5,000 for just three days work.

Here's how it adds up: The consultants are paid an honorarium of $1,400 a day.  For a two-day meeting, that totals $2,800.  On top of that they get $800 for meeting preparation time.  Some are even paid for the hours spent traveling to the meeting, with some consultants being paid as much as $1,700 just for time on an airplane. The total adds up to about $5,300 for two or three days worked.

Pearson said the use of paid consultants is common in the testing business and that most states have technical advisory committees to advise and validate the assessment practice.

The company said it surveyed advisory committee members from other states to determine how much to pay and that the Texas stipends are "...in-line with other states for preparation time and travel."

Pearson and the TEA said they're always looking for ways to curb travel expenses and to keep them under budget. At one time, the teachers and consultants would meet at hotels in downtown Austin. In 2012, Pearson created a meeting facility in north Austin, at Pearson’s own expense. Since that meeting center opened last year, it has saved money on renting hotel meeting rooms and facility costs.

Clayton believes the state should make it easier for people to see how tax dollars are spent on testing and argues the program is not worth the cost.

“I don't know what the benefit is to education is.  It's a huge benefit to the company that publishes the test, but I don't think its benefited education in Texas at all,” said Clayton.

However, there are some who think the costs are a worthwhile investment.  Texas Association of Business President Bill Hammond believes testing is worth every penny and is necessary to hold schools accountable.

At an average cost of about $20 per student, per year, Hammond said it's worth it.

“If one thinks of it as a quality control test, it’s a bargain.  Twenty bucks to make sure more kids are going to graduate, career or college ready, over time that's money well spent,” said Hammond.

Hammond said he's not opposed to making the expenses more easily accessible to the public so people can judge for themselves.

“In the future we should have a contract that has more transparency, if that's what's needed,” said Hammond.

Transparency might be one thing both sides of the testing debate can agree on.

“I'm as big a capitalist as anybody. But we're dealing with the minds of children and public money and so it's a little different story.  So I think their books should be open to anyone who cares to see them,” said Clayton.

Currently the future of the STAAR test is up in the air.  The current Texas Senate budget proposal includes money for testing but the House budget does not.  There are a number of other bills pending that would change some, or all, of the testing program.