City officials said the trouble began during a 1 p.m. march on a downtown Dallas Bank of America branch at 901 Main Street where several of the protesters began climbing on planters, city officials said.

After being directed to get down, one of of the protesters became aggressive and assaulted a police officer. 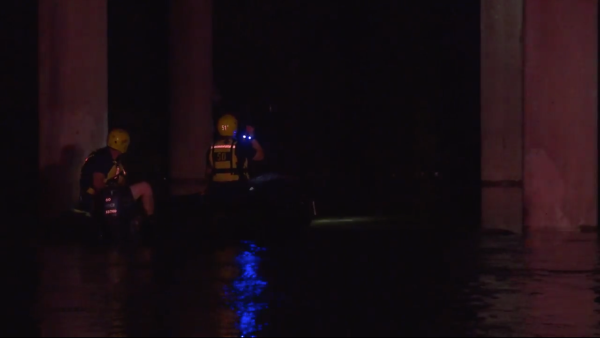 That person was arrested and will be charged with assault on a public servant and resisting arrest.

Occupy Dallas spokesperson Michael Prestonise told NBC 5 via email that an off-duty Dallas officer working security at the bank shoved a protester and that is what sparked the violence.

"After a protester refused to move out of his way, [the officer] shoved the man and instantly sparked tensions between protesters and police officers," Prestonise said. "One protester, carrying the flag of the United Steelworkers union (USW), was standing a few feet away on the sidewalk when an officer grabbed at the flag and pulled him onto the street. The altercation resulted in one officer stumbling to the ground after attempting to tackle the protester. A police bicycle was also knocked over during the scuffle. As the protester returned to the sidewalk he was chased by several other officers and arrested."

In all, three officers suffered minor injuries in the protest, city officials said.

Seven other people were arrested for various other charges including Use of Sidewalk. Other charges are pending a video review.