Many Independence Day celebrations are returning after pandemic-forced modifications and cancelations last summer.

In Grapevine, Nash Farm kicked off the holiday weekend with the patriotic-themed “First Friday on the Farm.” Cody Jolliff, manager of Heritage Museums at Nash Farm, described the farm as a living history site based on skills and trade from the 19th century.

“Uncle Sam is here. We’re going to have all kinds of decorations and things you would have seen done in the 19th century,” Jolliff said. “We kind of like to get back to the history of it, right? Everyone does lots of fun things all over.”

The five-acre farm operated during the pandemic and maintained social distancing guidelines, but Jolliff said as pandemic restrictions ease, crowd sizes have grown.

“Because we’re outdoors -- all of our outdoor historic sites -- people are more comfortable and we see more people out,” he said. 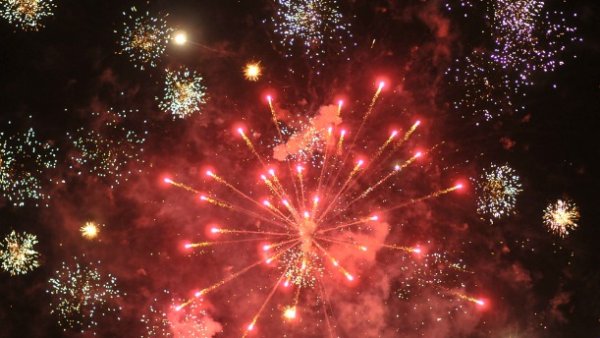 Red, White and Blue: 4th of July Events Near You

Staff members at Hop and Sting, a nearby brewery, also put the finishing touches on their Fourth of July preparation Friday. General manager Andy Yelton said while the brewery does expect to be busy this weekend, Independence Day is typically not one of its busiest holidays of the year.

“It’s maybe top five. There are certainly other bigger ones other than that,” Yelton said. “We’ll expect a big Saturday lunch crowd and we actually play trivia every Sunday night too, so we’ll do that as usual. We’ll have a little extra patriotic-themed prizes for everyone.”

Yelton said that because many people will likely spend the actual holiday at home rather than a business like theirs, they expect to benefit from the permanent implementation of alcohol-to-go. In May, Gov. Greg Abbott signed a bill allowing customers to purchase sealed alcoholic drinks to-go from businesses across the state.

“We’ll have huge beer-to-go sales this weekend, and it will be just a normal party weekend for us. We’ll be loaded up with live music and Texas barbecue,” Yelton said.