The search is underway for a man who entered a Northwest Dallas hair salon Wednesday afternoon and shot three women.

Dallas Police Sgt. Warren Mitchell said a man stopped his vehicle at about 2:22 p.m. on the 2200 block of Royal Lane, walked across the shopping center parking lot and entered the Hair World Salon.

Once he was inside, Mitchell said the man shouted something unintelligible and began shooting.

There were four people inside, three were shot including two employees and a customer, according to police.

Wednesday night, Dallas police released surveillance camera images of the shooter, seen wearing all black and holding a large firearm. The maroon minivan police believe he was traveling in is also pictured.

Evidence markers commonly used to mark the location of shell casings at crime scenes indicate at least four shots were fired, three by the front door.

Three women inside the business were injured, all apparently shot in their extremities, Mitchell said. One woman was shot in the arm and another in the leg. They were all hospitalized with injuries not considered life-threatening.

“I saw a girl over here and she was just covered in blood,” said Jarely Martinez who works at a dentist's office two doors down. “She had blood on her face and her feet.”

After the shooting, the man left the business, returned to his vehicle and left the scene.

The salon is a Korean-owned business. While the motive for the shooting has not been confirmed, Mitchell said investigators do not have any indication at this time that the shooting was a hate crime. However, police could not rule it out while being questioned during a press conference Wednesday.

Brian Ahn with The Korean Society of Dallas spoke with NBC 5 on Thursday about the shooting and how the tight-knit Korean-American community is feeling.

“It was shock. Everybody was scared and fear,” he said. “We hope [it's] not related to Asian hate crimes.”

During a press conference Thursday afternoon on an unrelated matter, Dallas Police Chief Eddie Garcia said there are no indications that the incident was a hate crime.

NBC 5 spoke on the phone with a woman who says she is one of the shooting victims. The woman did not want to be identified out of fear but spoke with NBC 5 through a translator.

“She said everything ok,” said a translator after asking the victim how she was doing. “She really scared. She can’t go back to the salon.”

The woman said she was shot in both feet and is having trouble walking.

She said she owns the salon along with another woman who was also shot.

That woman underwent surgery and should be released from the hospital on Thursday.

"It's disturbing that for whatever reason might be, whether it's just an argument or whatever, for someone to just run up in there and start shooting," said Mitchell.

Still, those who live within the tight-knit community said they are on edge about the motive.

Jeremy Kim works at local a Korean Radio Station. He spoke to a customer who was inside at the time.

"All she knows is this random person just parked his car and came in and shot his gun and left immediately," Kim said. 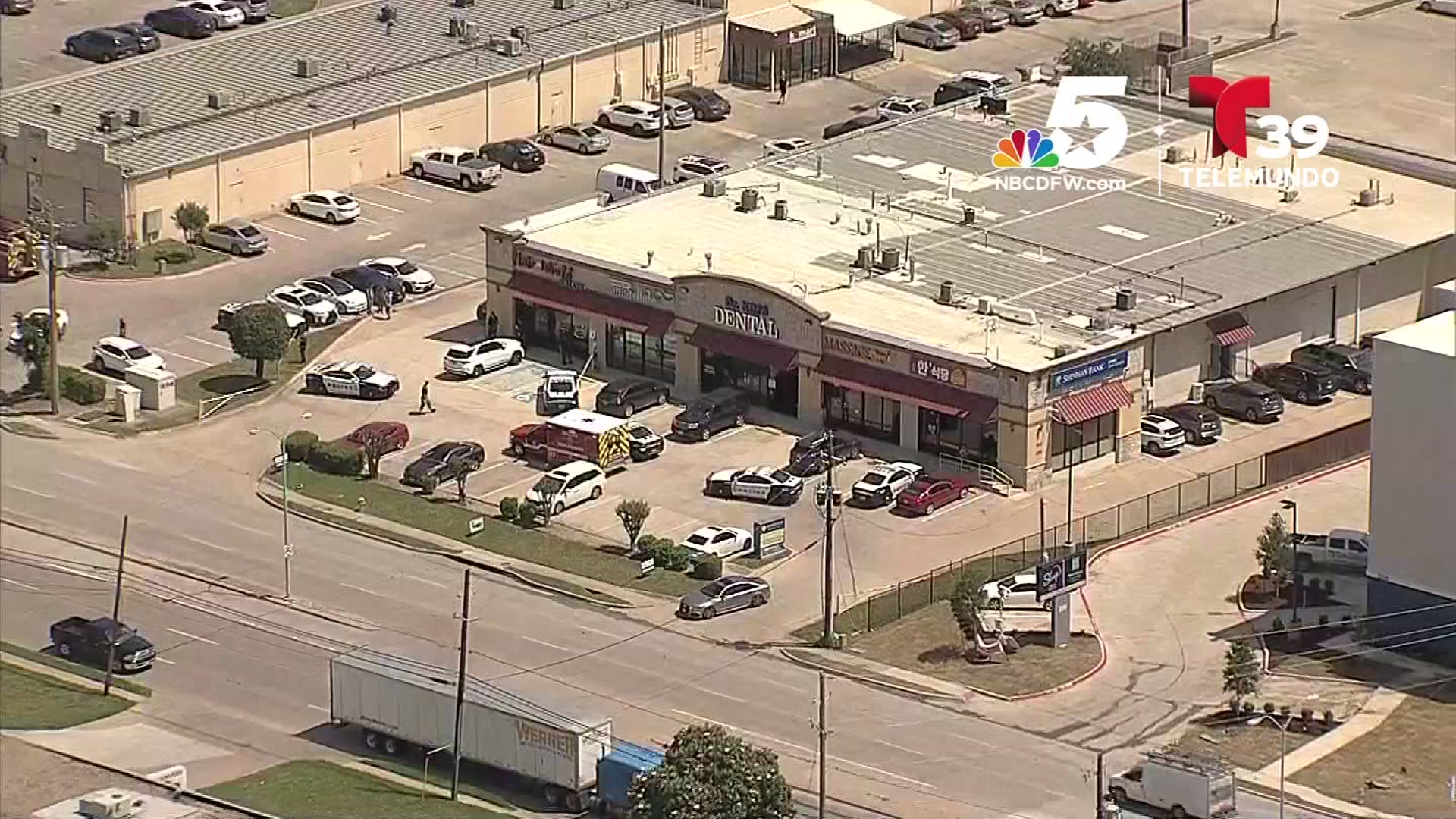 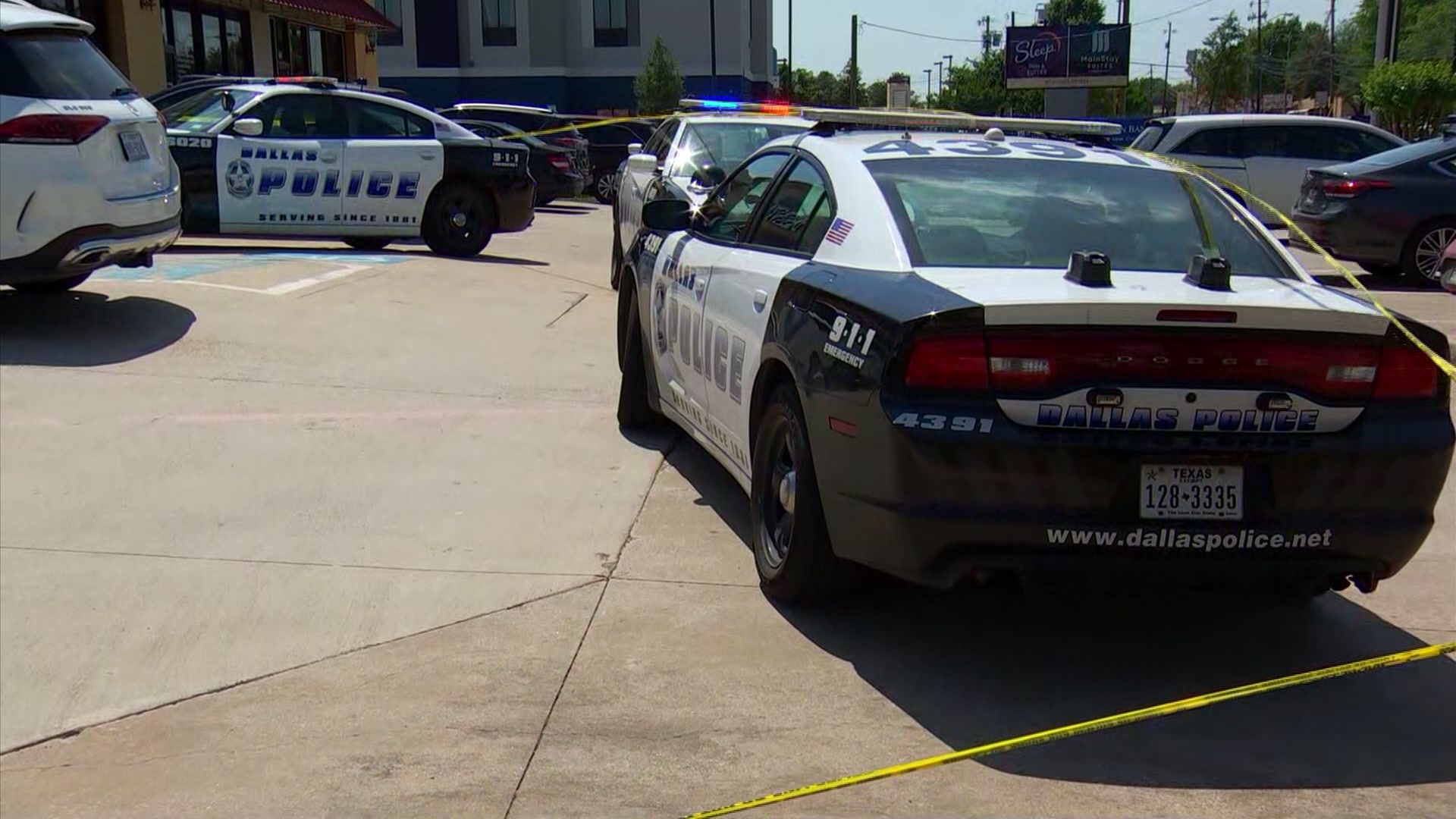 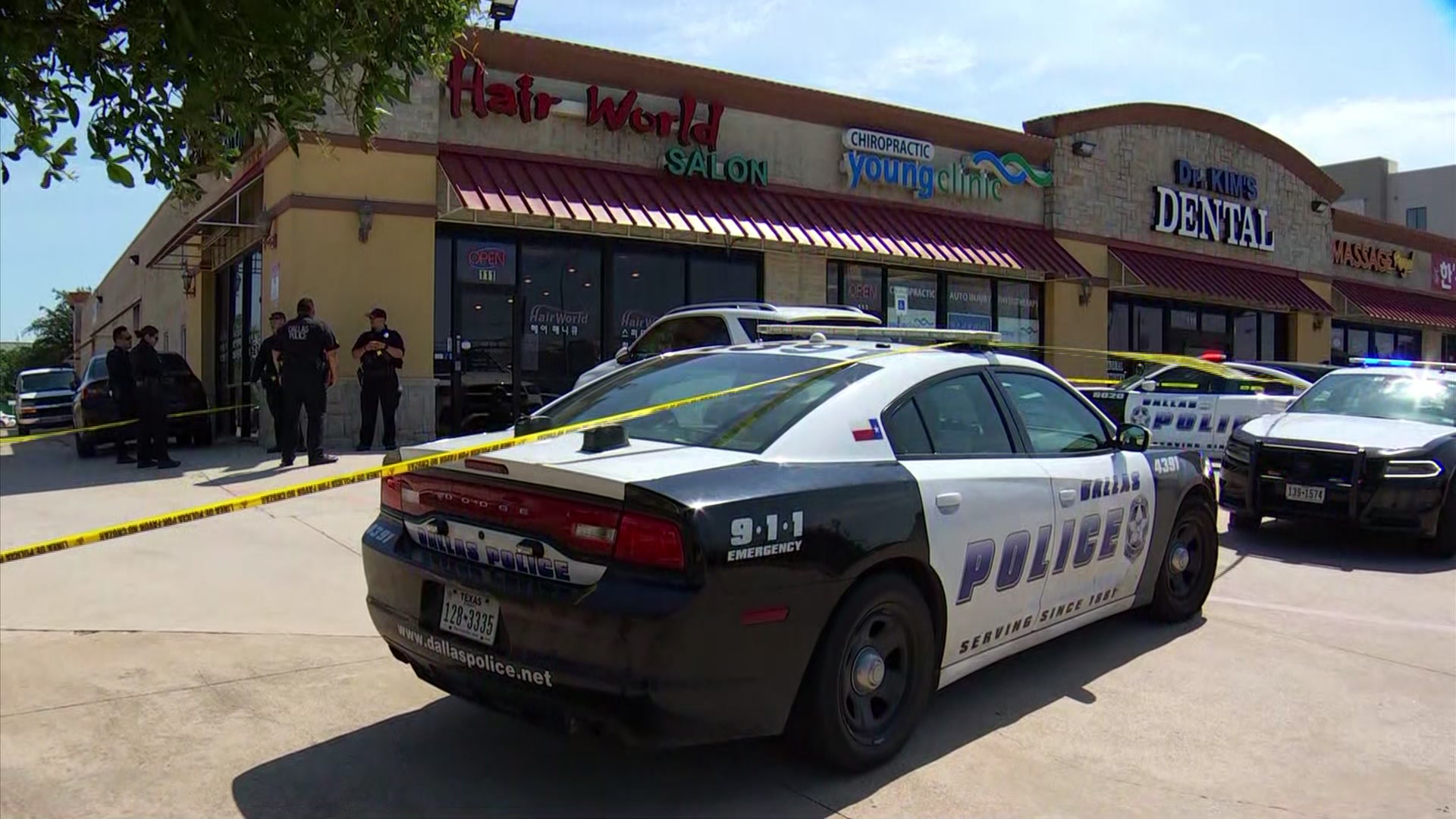 Kim said can’t help but wonder why this business was targeted.

"You know, there are so many businesses around here, and he just specified a Korean-owned hair salon and came in and fired a gun," he said. "So just worrying what was the reason."

For a community on edge and wanting answers, Dallas police said they hope to be able to alleviate some concerns by catching the person responsible.

"It just brings an added fear in this community, and we want to make sure we do what we can to ease their fear," said Mitchell.

Mitchell said investigators are looking over surveillance video hoping to learn more about the gunman and his vehicle.

The only description provided by Dallas police Wednesday afternoon was that the gunman appeared to be a Black man, about 5 feet 7 inches tall to 5 feet 10 inches tall, with curly medium-length hair and a connecting beard. He was last seen traveling in a dark-colored or maroon minivan-type vehicle. It was not immediately clear what type of gun was used in the shooting.

Anyone with information regarding this offense is encouraged to contact Detective Timothy Johnston at 214-671-3523 or timothy.johnston@dallascityhall.com. Please reference case #083494-2022. 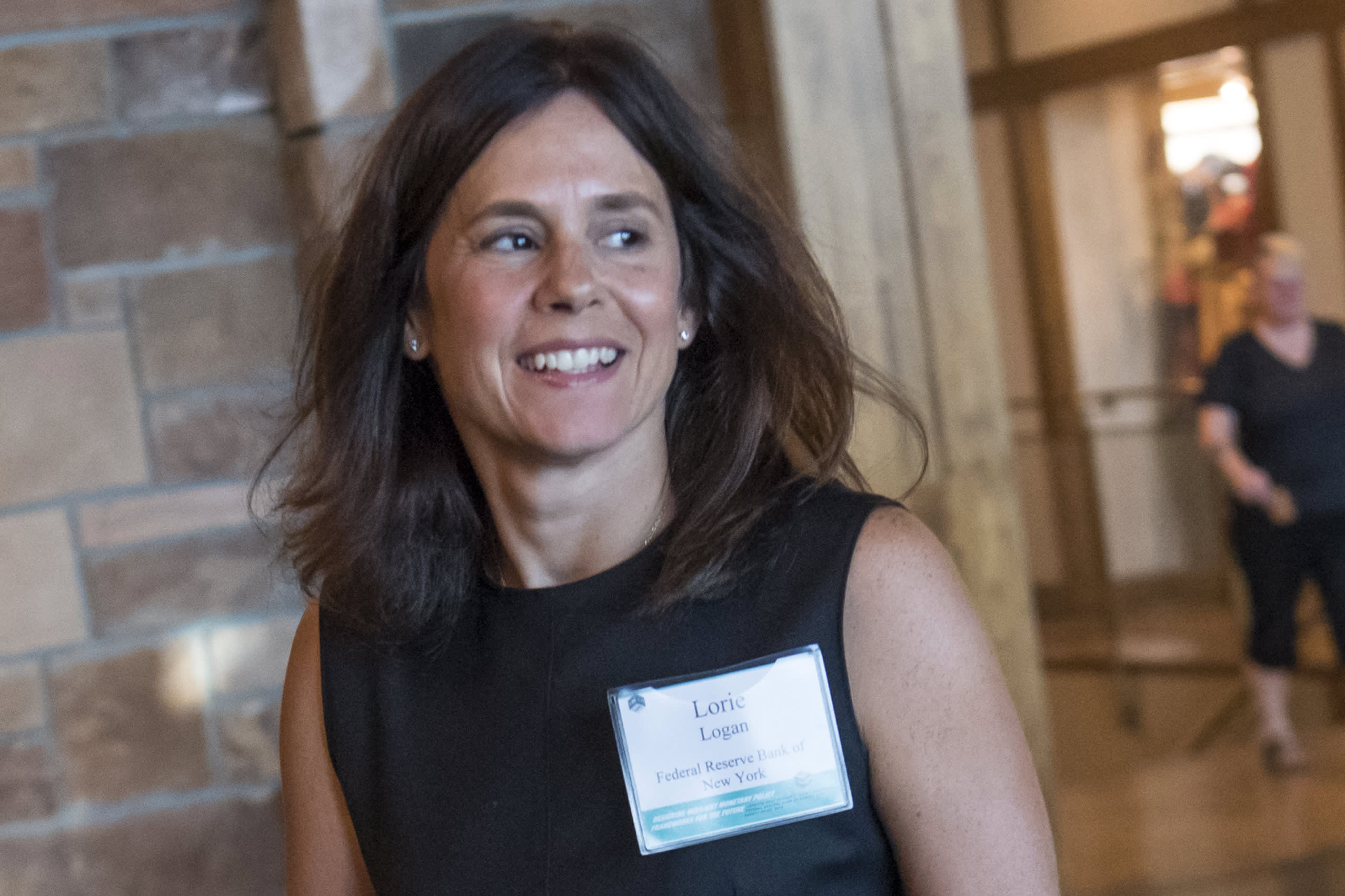 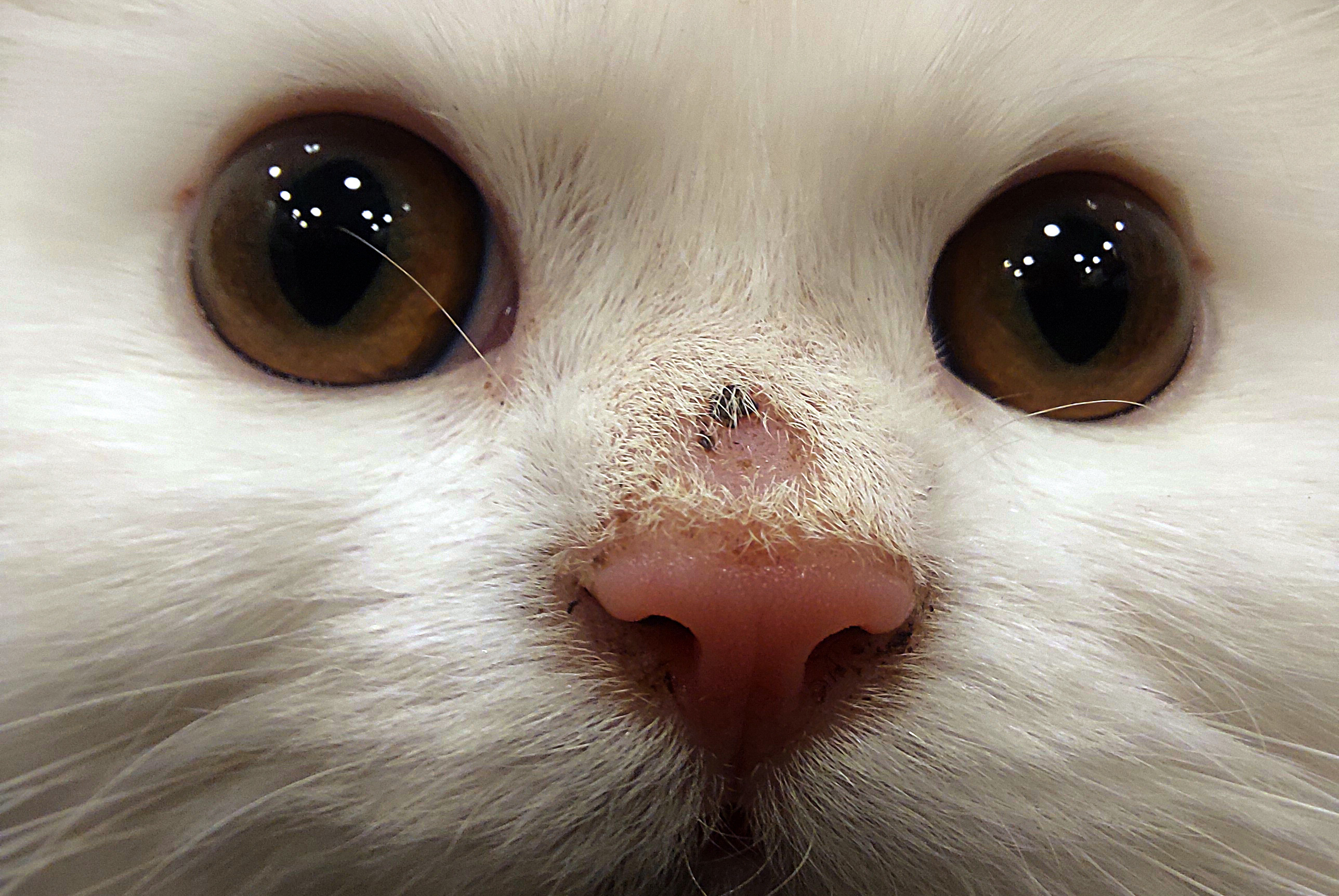