Three African lion cubs born at The Fort Worth Zoo in March can now be seen playing and exploring in their outdoor exhibit.

The cubs, two females and one male, were born March 29 to 3-year-old lioness Abagebe and are the fourth successful lion litter born at the zoo since 2004.

The Sindaya's name means "we are increasing," while the names of his sisters Lindelani and Thabisa mean "to be patient" and "bring joy," respectively.

On Thursday trainers opened the door to the outside for the first time to the cubs and their mother. Abagebe did emerge from the den inside several times but was weary of the assembled media before the zoo open.

Trainers believe the smallest of the cubs, Lindelani, was the lone cub who did venture out briefly. She left the doorway by just a few feet the first time for less than 20 seconds before her mom took her back inside.

After trainers had the media move out of sight for a time, Abagebe and Lindelani returned outside, where she was seen smelling grass and walking a short distance. 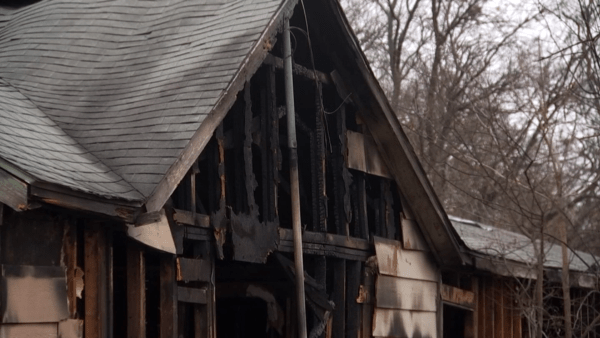 Each 7-week old cub weighed about 2 pounds at birth and lived in a private den with their mom until being released into their zoo habitat.

The zoo said the cubs' parents, Abagebe and Jabulani, were born at a South African wildlife facility and moved to the zoo in 2012.  The litter of two girls and one boy is their first together.

"The Fort Worth Zoo’s wildlife partnerships are global, and the lions’ unique genetic material makes them a valuable asset in the development of the captive African lion population in the United States," the zoo said in a news release Wednesday.

The cubs and their parents are not related to any other lion in the United States, making them perfect for breeding and keeping the captive population strong, healthy and stable.

African lions are listed as "vulnerable" according to the International Union for Conservation of Nature (IUCN). IUCN says population estimates for wild lions is difficult to determine, but the two most recent studies put the population between 20,000 and 40,000.

The conservation group's website indicates that's about 10-percent of what the lion's population was back in 1965's estimates.

The Fort Worth Zoo, like most zoos across the country, participate in Species Survival Plans and track the genetic make-up of all animals. It's a process that prevent inbreeding and keeps species alive in captivity in case the wild populations become decimated further.

"It’s a hedge against extinction, if something ever has to happen down the road we’ll have lions that could be used for re-introduction," said Ron Surratt, director of animal collections at the zoo.

It's an important part of the zoo's work, in addition to giving the public the firsthand experience of seeing animals up close. The zoo hopes patron will learn more about the animals, the dangers they face in the wild and how the zoo is playing a role in maintaining the species.

Lions face dangers from the loss of habitat, the loss of pray and increased human interaction where they're often killed for eating livestock in Africa.

While the cubs were born in Fort Worth, after they turn two they can be moved to other zoos across the country as part of the national effort to breed captive animals.

For those wanting to see the cubs, Surratt says they'll get adjusted to their new scenery soon.

"Visitors that come to see them, they may catch a glimpse of them or not for the next several days," Surratt said. "But in a week's time for sure they’ll be out quite a bit."