Days after a 2-year-old boy was attacked by a coyote, Dallas launched a special hotline for residents to report coyote concerns before another attack.

In a statement to NBC 5, the boy’s parents said Landon Thomas is doing better and is expected to make a full recovery after sustaining multiple head and neck lacerations as well as a hairline jaw fracture, bruises and scratches. They say he was drug down from the porch stairs during the attack.

"He’s expected to make a full recovery over the next few months of healing. As of this afternoon, he got out of bed to walk for the first time and was able to eat solid foods," their statement read.

Family friend Stephanie Carr spent the morning wrapping blue ribbons around trees in and around the family’s home as a show of support.

“They’re dear friends that we love and adore," said Carr. “Want to show our support and love.”

Dallas Animal Services held a press conference on Thursday morning discussing the incident, the agency’s response to previous reports of coyote sightings in the neighborhood and to reveal a new hotline designated for coyote sightings around the city.

Animal services leaders revealed that there had been 14 reports made related to coyote sightings near Tuesday’s attack, including some people reporting aggressive coyotes.

Exclusive video shot by NBC 5 Photojournalist Steve Stewart appears to show the moments leading up to the shooting of a coyote with similar markings to the one sought in the attack of a toddler.

Ann Barnes of DAS said the city responded to each report in person or over the phone.

“Our response times were timely and accurate and I think that for us to do better, we also need the public’s help to do so,” Barnes said during the press conference.

Barnes stated that some of the reports made contained insufficient information. Some people did not include information about where the coyote was sighted, while others did not leave their phone numbers for the city to contact them.

“A majority of the calls had little to no information about what was happening with the coyote, it was just showing that it was a report of a coyote,” she said.

She added that callers can help the city manage the issue of urban coyotes by reporting sightings to a new hotline and leaving detailed information.

The city’s urban biologist, DAS and the USDA Texas Wildlife Services say the hotline could be vital in their effort to track coyote behavior, especially if the wild animals are acting "bold" and aggressive. Their aggression should be weighed on a scale of one to seven, where they do not appear to back down when they come upon humans.

“If a coyote is near you and you wave your arms, look big and it refuses to back down, that’s being bold,” said wildlife biologist Brett Johnson.

In the days since the child was attacked, Adam Henry of the USDA Texas Wildlife Services says his team has killed three coyotes deemed aggressive.

The latest "removal" happened Wednesday night after a coyote appeared to approach a woman who was walking her dog near the park, he said.

The three animals will be tested for rabies, a process that involves an examination of the brain.

Less lethal options to capture coyotes deemed aggressive are not an option in this situation, Henry said, because of the attack on the child, the urgent need to capture the coyote responsible, and because rabies determination comes from the examination of its brain.

Henry also revealed that while three animals have been tracked down and "removed," it is unlikely they’ll ever know if one of them attacked Thomas.

That is because while DNA can be easily accessed from the animals, the victim had all possible DNA scrubbed clean after he was rushed to the hospital for care.

Meredith Lohse, a nearby neighbor, says while she supports the new hotline, she feels the city failed to take their concerns seriously and failed to educate the community in time about the scale of aggressive behavior to look out for. 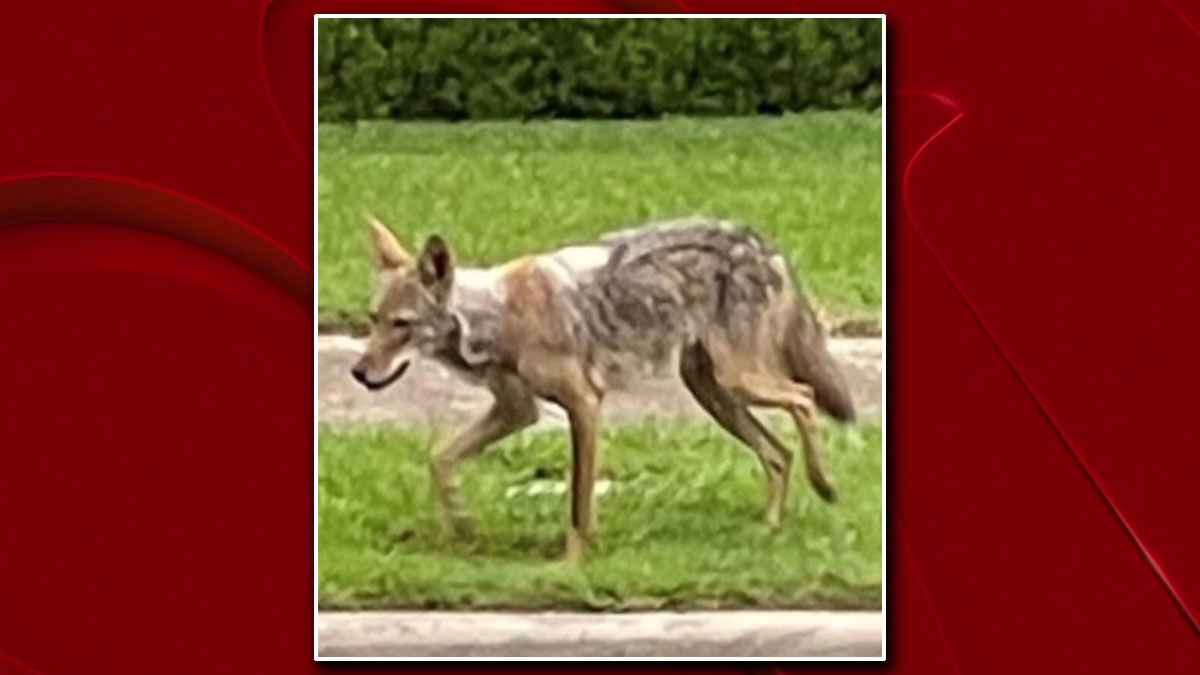 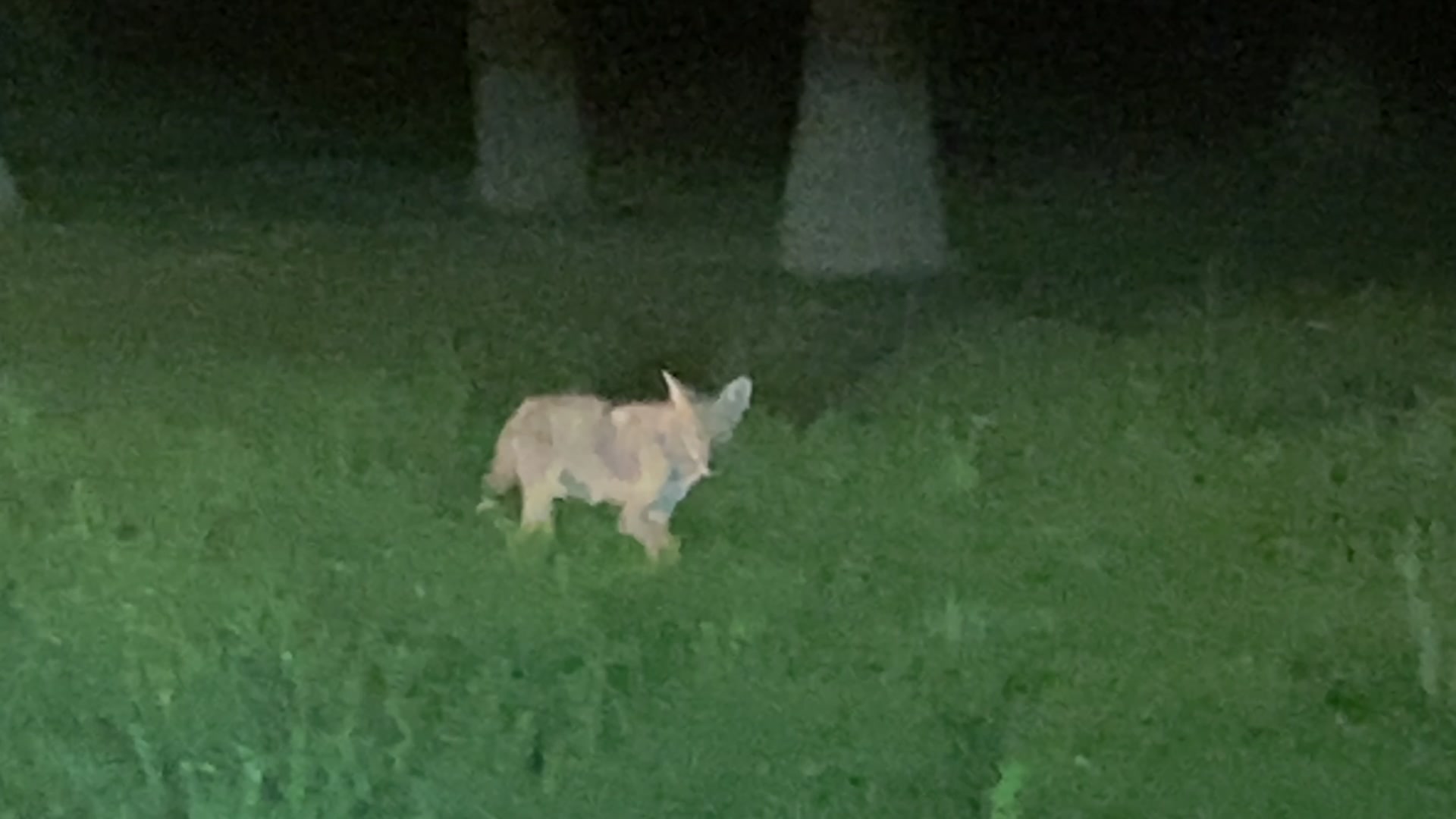 She and other residents are also upset, feeling like the city wrongly accused them of feeding, even petting coyotes leading up to the attack, potentially signaling why coyotes appear to be emboldened in the area.

“We tried to protect our own and we tried to depend on those who are in a position of power and they brushed us off,” said Lohse.

NBC 5 asked the city to respond to the residents’ criticism.

“There was never any intent to blame the community for this to have, but we do have multiple reports of intentionally and unintentional feeding of the coyotes,” said MeLissa Webber, director of DAS.

Johnson, the city’s urban biologist, says when he got to the scene of the attack on Tuesday, three residents told him some people in the neighborhood would hand-feed coyotes.

“I wasn’t trying to blame anybody, but when you see these incidents, nearly every time there is a feeding issue,” said Johnson. “Whether it’s intentional or unintentional.”

Wildlife authorities provided NBC 5 with a home surveillance video that shows a coyote in the vicinity strolling up to a front door and snatching a bag of food that had been delivered and left on the doorstep.

The animal is seen running away with the food. This is "unintentional feeding," he said.

Another example of unintentional feeding would be leaving your trash out overnight, feeding outdoor cats and having overflowing birdfeeders.

Even a bag of chips that fell out of a car can serve as a source of food that attracts wild animals.

Residents are encouraged to call 469-676-9813 to report coyote sightings or go online for more information.