A 14-year-old giraffe at the Dallas Zoo died Friday, officials say, marking the third giraffe death at the zoo this month.

Jesse, 14, died after deteriorating quickly in a matter of days with symptoms that mirrored another giraffe's death last week, according to the Dallas Zoo.

Jesse's death follows that of 19-year-old Auggie, who died last week of liver failure, and 3-month-old Marekani, who was euthanized after suffering what the zoo called a "catastrophic" injury for giraffes.

The zoo said that since both necropsies of both Jesse and Auggie showed liver damage, they were examining whether the giraffes could have been exposed to a toxin of some sort through food, exhibit space or foreign objects. The zoo will also test for Zoonotic diseases.

"Our most immediate concern is to do everything possible to isolate these tragic events and protect the other animals entrusted in our care," the zoo said. "We have put several preventative measures in place across our animal teams to help minimize possible risks from food sources and other environmental exposures. And teams are closely monitoring giraffe and similar hoofstock for any signs of illness." 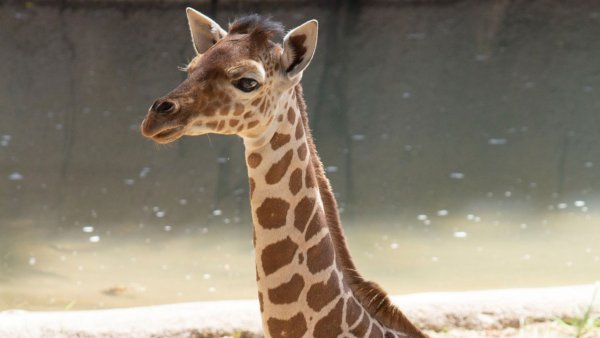 Marekani was the third giraffe calf to die at the Dallas Zoo since 2015.

In June 2019, 1-year-old Witten, named for former Dallas Cowboys great Jason Witten, died while he was under anesthesia for a physical exam.

In July 2015, 4-month-old Kipenzi died after she ran into the perimeter edge of her habitat.