A federal judge has refused to free a Texas man whom authorities have accused of planning an attack on a social media company's facility after he returned home from storming the U.S. Capitol

A federal judge refused Thursday to free a Texas man whom authorities have accused of planning an attack on a social media company's facility after he returned home from storming the U.S. Capitol.

Guy Wesley Reffitt, one of more than 400 federal defendants charged in the Jan. 6 riot at the Capitol, has been identified by prosecutors as a member of a militia-style group linked to the anti-government Three Percenters extremist movement.

Reffitt bragged about his actions in Washington, D.C., on Jan. 6 during a Zoom meeting with two other militia members four days after the siege, according to prosecutors. A recording of the meeting obtained by investigators captured Reffitt discussing a plan to attack "mainstream media," "Silicon Valley," and "Big Tech," prosecutors said. 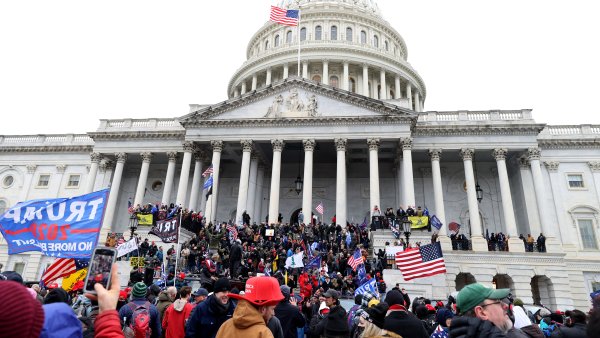 "He knew the description of the generator there and how a well-placed sniper shot could take out that generator and how much impact that would have on that company and therefore on American society," the prosecutor said.

U.S. District Judge Dabney Friedrich concluded that Reffitt would pose a danger to the public if she ordered his release from a Washington jail. The judge said she can't dismiss Reffitt's violent rhetoric as "mere boasts," pointing to evidence that he planned more attacks.

"Mr. Reffitt backed up his comments with actions," she said during a remote hearing Thursday. "He did, in fact, attempt to recruit new militia members to his cause. And he stated that the events of Jan. 6 were just the preface to what was coming."

Reffitt had been threatening to attack social media companies for months before the Capitol siege, prosecutors said. A relative warned the FBI in late December that Reffitt was "going to do some serious damage" related to lawmakers in Washington, according to prosecutors, who said he took an AR-15 rifle and a pistol with him when and another militia member drove to Washington. 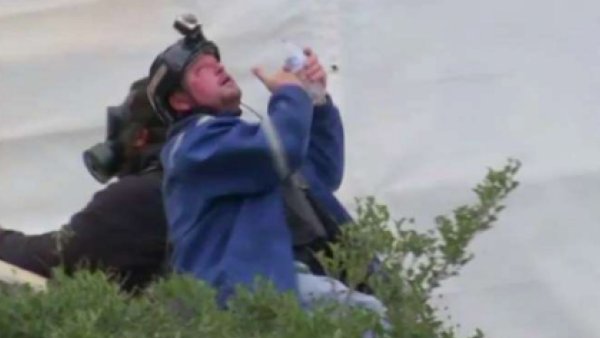 Reffitt played a "significant and dangerous role" in the deadly attack, leading a group of rioters up the Capitol steps to confront law enforcement officers, prosecutors said in an April 28 court filing.

"Reffitt's actions caused the police line guarding the building to retreat closer to the building itself; soon after, law enforcement was overwhelmed, and rioters breached and flooded the building," they wrote.

After returning home, Reffitt told his children that they would be traitors if they reported him to law enforcement and warned them that "traitors get shot," according to prosecutors.

His wife and daughter insisted they never felt threatened and that Reffitt is not a violent person.

A grand jury indicted Reffitt on charges of obstructing an official proceeding, obstruction of justice and entering and remaining in a restricted building or grounds.

"The government just claims that Mr. Reffitt is a threat, but does not identify an articulable one," defense attorney William Welch said Thursday.