When 15-year old John Beveridge suddenly passed out on the football field, coaches and players rushed to his side to help.  The reason for his sudden illness was something no one saw coming.

Beveridge is now a healthy, active teenager. But this young man has been through a medical emergency more typical of someone four times his age. It started at football practice.

“I wasn’t feeling that great, then I was kinda feeling fine, so I went outside, to do a lap and just like that, I was out and I woke up on the ground.” Beveridge said.

Beveridge had suffered a cerebral stroke. 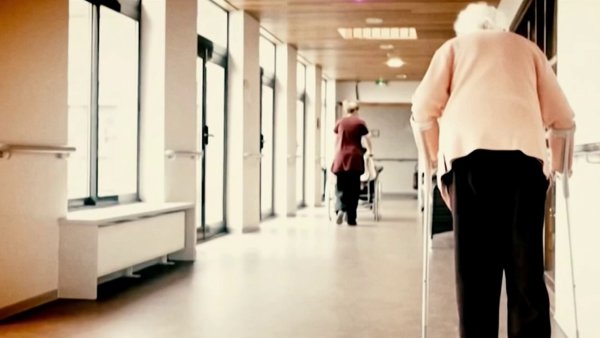 COVID-19 and Nursing Homes 20 hours ago

“I had no clue what had happened to me. I was so confused. I thought it was dehydration,” Beveridge said.

It turns out that a mitral valve heart tumor had triggered the stroke. This fibrous tumor is mobile because it’s pulled in and out of the heart chamber by blood flow.

“We know that if you see something in the heart and the patient has had a stroke, you can surmise that a little piece of it has broken off and gone to the brain,” said Dr. Meryl S. Cohen at The Children's Hospital of Philadelphia.

Fortunately, the tissue from the fibrous tumor was removed before it could do more damage.

“After about a half-hour, they determined that it went down thank God, instead of another piece going to his brain and causing a massive stroke,” said John's dad, Rob Beveridge.

Even though he knows he dodged a bullet, before long, John was back to normal.

“It took me six weeks after, I was back in the gym, almost back to my routine.” John Beveridge said.

The risk of stroke in children is 11 in 100,000 per year.  In some cases, the cause is sickle cell disease, immune disorders, or a heart defect, as with Beveridge.  Although strokes in kids aren’t common, parents are advised to be concerned if a teen suffers severe headaches, dizziness or extreme sleepiness.