Get connected to a healthier life.
DeSoto

Many North Texans know the story of Corey Borner, who as a teenager at DeSoto High School in 2009 was paralyzed by a spinal cord injury during a high school football game.

Last year, while fitted in an exoskeleton, Borner walked the stage at his college graduation, taking his first steps in 12 years.

Now, he's become an inspiration to doctors as they take notes on his incredible recovery and how it can help others.

"My body's not used to it yet. But it's getting there more and more the more I use it," said Borner.

You might call it "training day" for Borner, as he wheels himself down the ramp for another rehabilitation session at Baylor Scott and White Sports Therapy and Research in Frisco.

He's about to walk in an exoskeleton suit, on turf, for just the second time.

It gives him the mechanical boost he needs to exercise his muscles.

"I give myself a pat on the back and the therapist will motivate me to keep going on turf because this is where I got hurt playing football, on turf. So it makes me go even harder," said Borner. 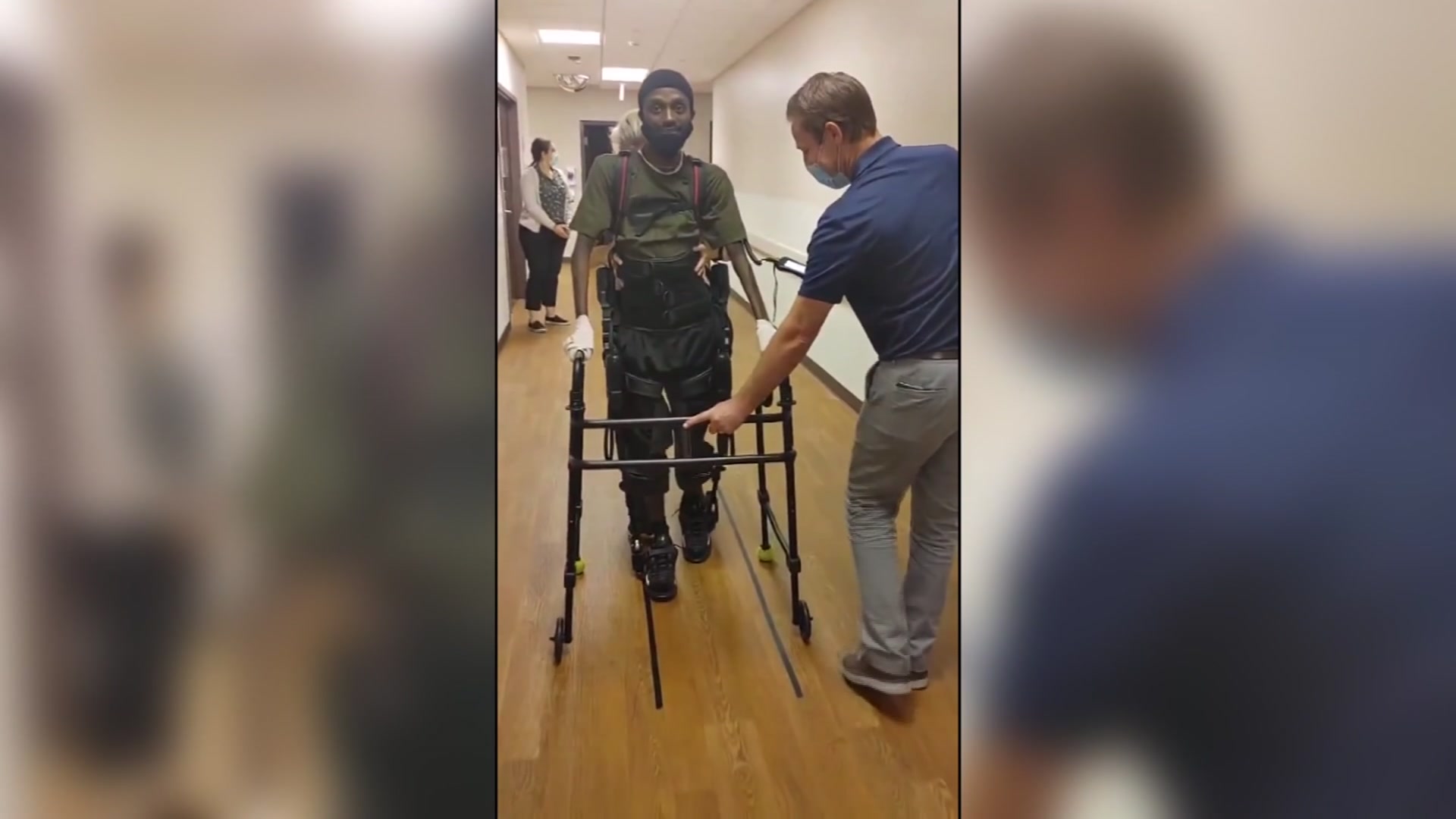 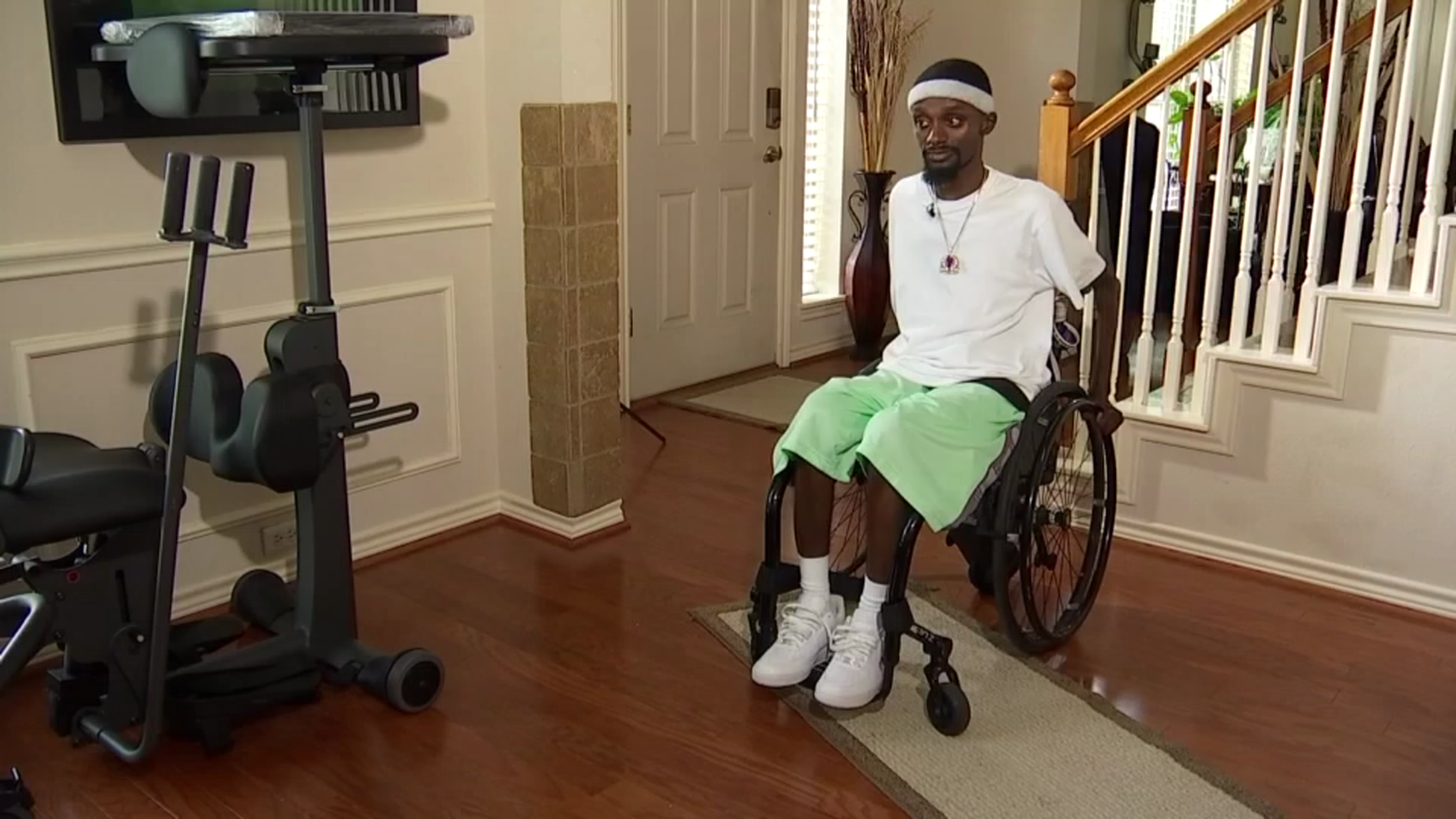 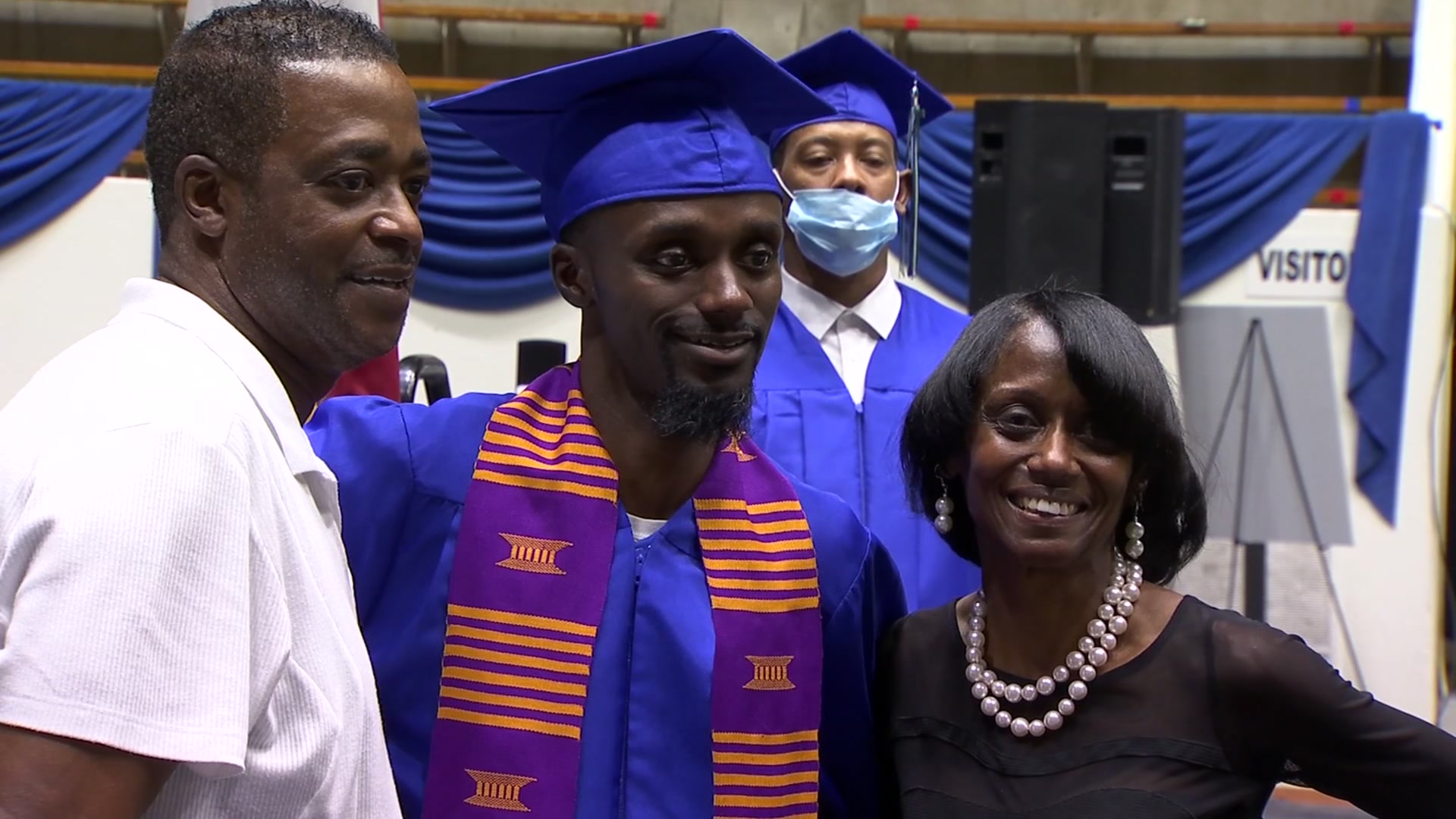 As he takes steps towards strengthening his body, researchers are taking note.

Dr. Chad Swank is part of the team studying Borner and how exoskeleton technology can be used, even improved, based on Borner's performance.

"The robotic exoskeleton has changed the field of neuro-rehab in that way. So it ... allows us to work with people who have struggled with standing and walking in an entirely new way. That obviously has opened up a wide range of options for those folks. That's exciting. It's very exciting," said Swank.

With the suit, Borner is walking on turf, considered an uneven surface.

Swank’s research notes will help engineers create next-generation models able to move people up and down steps, even up hills and mountains.

"We're sharing that information with the industry and the creators of these exoskeletons. Hopefully, we can help them see the kind of the needs that are there and where they can progress and get us to the next level," said Swank.

However, as any athlete knows, making moves on the field is more than just going through the motions.

An extended look into the technology helping Corey Borner walk again after being paralyzed in a high school football game. See how his determination could help others defy the odds.

After a round of steps, Borner takes a series of assessments, or "brain games," to test his mental fatigue.

This is also part of ongoing research into how building brainpower helps physical success.

"From Corey, it's really, 'How do we help make this technology more efficient for clinicians? How do we help patients better?' Broadly, I think, Corey has such a fervor for what he's doing too, so some of this is really centered around the mindset side as well," said President of Academy Medtech Ventures J.J. Mosolf.

Researchers hope that what they learn will translate into more effective rehabilitation models for others finding a new way of life after a spinal cord injury.

There's already a plan to make this kind of rehab accessible to others.

"There's nothing in the community for people. So once they've had their injury for a year or 10 years like Corey, there's no program available for them," said Director of Rehabilitation Research Dr. Simon Driver at Baylor Institute for Rehabilitation.

Driver said the center wants to build a community-based program at The Star in Frisco where people from all over can come use the devices.

"Once they're actually walking, it builds their cardiorespiratory fitness, so lots of physical benefits, and also the kind of the quality of life improvements. So people feel better, they're standing upright, which they don't normally do. It's a lot of mental health and physical benefits," said Driver.

Helping others falls in line with Borner's goals of inspiring people to accomplish the impossible.

He even found a way to defy the odds in front of NBC 5 cameras when he caught a football with both hands for the first time since his injury.

Doctors said it's unlikely Borner will be able to walk on his own because of the nature of his injuries, but the rehab keeps his body active and healthy.